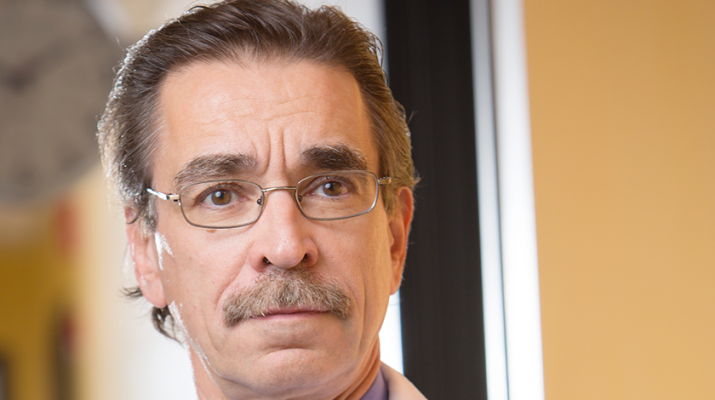 Addiction of any kind can ravage an individual and a family. It can come at any time and be triggered by anything from family history to personal demons. However, it is not insurmountable.

Physician Richard D. Blondell, professor of department of family medicine in the Jacobs School of Medicine and Biomedical Sciences at the University of Buffalo and a physician with UBMD, specializes in addiction medicine. He provides care to patients as they withdraw and stabilize from drug or alcohol addiction at Erie County Medical Center and Terrace House at Horizon Health Services.

Here are five things Blondell believes patients should do to prevent addiction in their children.

1. Learn about your family history and risk of addiction.

Whether a person decides to use alcohol or drugs is a personal choice, influenced by multiple biological, familial, psychological and sociocultural factors. Numerous scientific studies reveal that alcohol and drug dependence runs in families, according to the National Council of Alcoholism and Drug Dependence.

“Alcoholism and drug addiction have a genetic component,” said Blondell. “This risk may be passed along to children. Teenagers and preteens need to know about their genetic risk that may increase the chances of developing alcoholism or drug addiction. The children should be taught to never even begin to take that first drink or experiment with that first drug.”

Blondell believes all young people should wait until the age of 21 before taking the first drink.

2. Limit the use of narcotic painkillers.

In an attempt to help slow the prescription drug abuse epidemic, the U.S. Food and Drug Administration this year announced that immediate-release opioid painkillers such as oxycodone and fentanyl will now have to carry a “black box” warning about the risk of abuse, addiction, overdose and death. Prescription opioid painkillers are divided into two main classes — extended release, which have more pain-killing opioid per dosage, and immediate release, which have less opioids, but need to be taken more frequently. Ninety percent of opioid prescriptions are for immediate-release painkillers, according to the FDA.

“Even one time use of an opioid painkiller before the age of 17 will increase the risk of developing an addiction by 33 percent in later life,” said Blondell. “When given a prescription for an opioid pain killer, parents should ask the dentist or physician about non-addictive alternatives, especially if there’s a family history of alcoholism or drug addiction.”

“If an opioid painkiller is truly needed for a severe painful condition, it should be given at the lowest possible dose for the shortest duration. Parents should control the bottle of medication, and it should not be given to the young person under any circumstance,” said Blondell.

The following guidelines were developed to encourage the proper disposal of medicines and help reduce harm from accidental exposure or intentional misuse after they are no longer needed:

• Follow any specific disposal instructions on the prescription drug labeling or patient information that accompanies the medicine. Do not flush medicines down the sink or toilet unless this information specifically instructs you to do so.

• Take advantage of programs that allow the public to take unused drugs to a central location for proper disposal. Call your local law enforcement agencies to see if they sponsor medicine take-back programs in your community. Contact your city or county government’s household trash and recycling service to learn about medication disposal options and guidelines for your area.

“Unused medication is one of the biggest contributors to the initiation of an addiction. Many police stations will accept unused medications as do some pharmacies,” said Blondell.

5. Learn about alcoholism and drug addiction.

Blondell said government websites run by the National Institute of Health provide a wealth of information to the layperson. Also, organizations such as Alcoholics Anonymous or Narcotics Anonymous have information available online and in print form that can be helpful.

For more information on addiction, here are a few video links suggested by Blondell
• Understanding addiction as a disease

• I am the face of addiction (for parents)