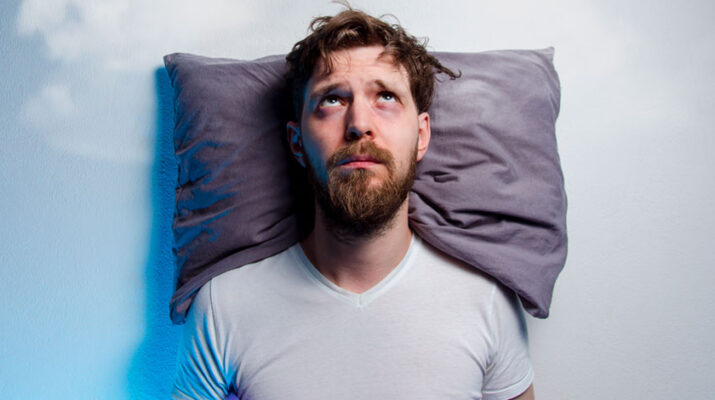 There is a significant difference between sufficient and good sleep

Good sleep is the basic and foremost step for a healthy and successful life because it plays a pivotal role in mental and emotional conditions. Quality sleep helps you maintain a healthy weight, lowers the risk of serious medical problems, reduces the stress level and improves the mood. Sleep also boosts your thinking power and creativity standards at your work. Good sleep also influences positively on your decision-making ability.

“Sleep is absolutely essential for normal growth and development. You spend a third of your life sleeping so you can’t ignore its importance,” said Alberto Monegro, sleep medicine physician for both adults and pediatrics and also helps run the UBMD Pediatrics Sleep Center.

There are many misconceptions regarding sleep; many dealing with the idea of needing entertainment to ease into the night to accomplish good sleep.

“One of the myths I hear are people telling me is they need their electronics such as looking at their phone or watching television to wind down before sleep. That is completely false,” said Monegro. “Any light is sensed by your retina and signals your brain that it is not time to sleep. When you engage in those activities before bedtime and become deprived of sleep, you have a higher level of epinephrine, or adrenaline.

“Epinephrine is a hormone that is secreted mainly by the medulla of the adrenal glands and that functions in part to maintain alertness and increase cardiac output and raise glucose levels in the blood.”

Even on vacation, he recommends having solid sleep habits.

“Nobody stays up all night during vacation and wakes up the following morning feeling refreshed. A better practice would be to engage in fun activities during the day rather than during bedtime, because your body does not tolerate abrupt changes in sleep schedule,” added Monegro, who is also an assistant professor at the Jacobs School of Medicine and Biomedical Sciences at the UBMD.

Some believe as little as four hours of sleep remains good enough to survive. Only a limited number of people worldwide fall into the category of high functioning with that number of sleep. Children from 6 to 12 years of age typically need nine to 12 hours of sleep, teenagers need eight to 10 hours and adults need seven to eight hours.

“It makes sense that when you are very young and your brain is still developing the more sleep you will require,” said Monegro. “As you get older, you tend to sleep earlier in the night but also wake up earlier.”

Not all sleep is created equal. Just having the right amount of recommended sleep may not necessarily be enough. If you are waking up multiple times throughout the night and not feeling refreshed in the morning, then this may be a sign that you could have a sleep problem that needs to be evaluated by a sleep specialist. Even a few nights of insufficient sleep can lead to increased daytime drowsiness, according to the National Center for Biotechnology.

“There is also a misconception that being asleep is the same as having a restful sleep pattern which is not true. Good sleep helps your brain create and maintain memory, boosts creativity, protects you against dementia, works to process information, maintains energy and restores health.” Monegro said. “It is simply not good enough to fall asleep on a random schedule that varies day to day, as this does not translate to good sleep.”

“When you don’t receive quality sleep and the right amount of sleep, then it can lead to the deterioration of your health. There are studies that show that sleep deprivation is associated with chronic diseases such as diabetes, high blood pressure, weight gain, osteoporosis, heart disease and depression,” added Monegro.

He recommends that even for those taking the vaccination that they focus on sleeping well before and after the shots because it could boost your immune system to respond to the vaccine and increase the number of antibodies that you form.

There are many sleep conditions and sleep disorders which disturb human life to a great extent. Common sleep conditions include insomnia, restless legs syndrome, narcolepsy and sleep apnea. Insomnia is the leading sleep disorder affecting nearly three million people, according to the Centers for Disease Control and Prevention. The condition makes it difficult to fall asleep or stay asleep and can drastically alter your quality of life. He advises against drinking caffeine, alcohol, snacking or looking at your phone right before bed because any of these activities by itself, let alone together, will stimulate the brain and not ease your mind.

“Insomnia can be caused by many factors; even some self-induced,” he added. “That is why anyone who believes they are suffering from the condition should practice good sleep habits such as maintaining the same bedtime and wake time, avoiding bright lights in the evening, exposing yourself to bright lights in the morning and avoiding daytime napping.”

Sleep apnea is a serious sleep disorder in which breathing difficulties at night interrupt normal sleep and result in poor health outcomes. It’s usually more common in older people, obese individuals and in men. According to the American Sleep Apnea Association,  roughly 22 million Americans suffer from the condition. Symptoms include snoring, gasping for air while sleeping and waking up with a dry mouth and a headache.

“With this condition you have an obstruction that limits your air flow or your brain does not signal your body to take a breath. Those affected have repetitive episodes of low oxygen and sleep fragmentation,” said Monegro. “I would recommend someone see a sleep specialist to discuss the need for a sleep study if they believe they could have sleep apnea.”