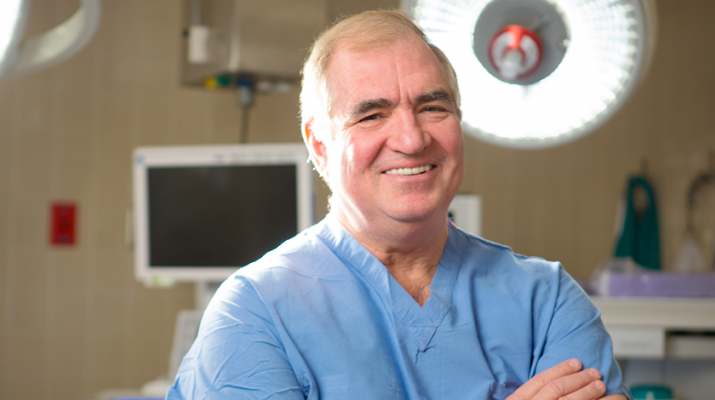 Robotic surgery has been around for some time but still can remain a mystery to some patients.

As technology continues to move forward in health care, it has allowed robotic surgery to enter some previously uncharted territory. The latest trend is using robotics for outpatient hernia and gallbladder surgeries.

Schwaitzberg said more than 1 million people have their gallbladders removed every year and about 8 percent are using robotic surgery.

2. You are still getting a real doctor

People hear robotics and their minds wander to maybe the unimaginable. While robotic technology has taken the health care industry to some of those unimaginable heights, there is not a robot that is doing the procedure. Robotic surgery is a set of instruments for doing laparoscopic surgery done through small incisions and a camera.

4. There is training involved

A surgeon can’t simply perform robotic surgery just because he or she wants to. The first step in learning how to make the most out of what these tools have to offer is to start by watching robotic surgery. As part of robotic surgery training, doctors view live surgery being performed by other surgeons.

Even with successful surgeries, people sometimes complain about scarring. When it comes to procedures such as rectal and other cancers near the pelvis, previously it might require large incisions. But with robotics, the camera and instruments are introduced through ports that allow access to the inside of the patient.

Doctors stress that good healthy habits can go a long way for not even needing surgery. But also, being in better health can help ensure you are eligible for surgeries and that starts with avoiding bad habits like smoking.

In addition, exercising is key. Exercising at any age is essential to good health. It becomes even more paramount as you get older because you are fighting the uphill battle of aging. Physicians recommend regular exercise even as simple as taking regular walks. Even 20 minutes of activity a day, three times per week, provides benefits. Thirty minutes every day is even better.