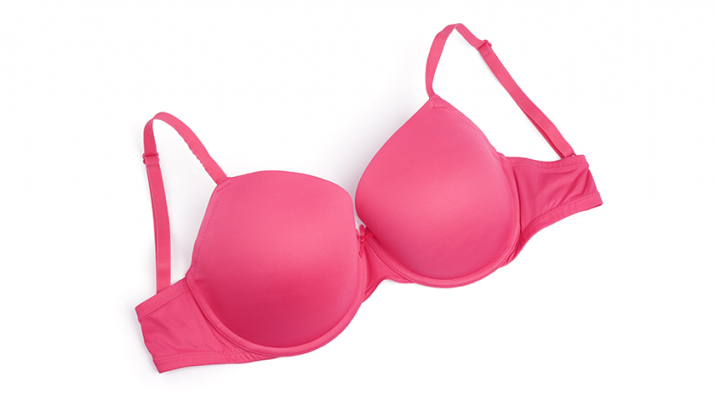 Most American women wouldn’t dream of leaving home without wearing a bra, but they unhook — if not remove them — once they’re home for the evening. Most feel culturally obligated to align to the “proper” silhouette and make sure they’re covered up. Aesthetics and modesty aside, what health benefit do bras provide, if any?

“They decrease the weight that the thoracic spine carries,” said Dorothy E. Foigelman-Holland, who has a doctorate in physical therapy and serves as CEO and director of Ken-Ton Physical Therapy in Buffalo. “By being a holder of a weight of tissue that can strain the back, a bra lifts in the front and stabilizes in the back so it’s very important.”

She said that brassiere discomfort usually stems from wearing poor adjustment or the wrong size.

For more support and greater comfort, she recommends that athletic women wear sports bras while exercising and competing to hold the breast tissue closer to the body.

Some people theorize that wearing a bra weakens ligaments that support the breasts, but that’s not the case, according to Emese Kalnoki, a new surgeon practicing at Quatela Center in Rochester. She specializes in aesthetic and reconstructive breast surgery and body contouring procedures.

But Kalnoki also said that it’s not true that a bra will prevent natural sagging once they’re removed.

“So, go ahead and wear your favorite bra — or don’t,” Kalnoki said.

She listed pregnancy, breastfeeding, weight loss and gain, and aging as contributory causes of sagging breasts, not whether or not a woman wears a brassiere.

“The type of collagen that you inherit from your parents also affects the perkiness of your breasts throughout life,” she added.

Many women keep wearing the same-sized bra despite changes in their breasts. Others don’t have their brassieres adjusted correctly or wear the wrong size. Kalnoki recommends an annual bra fitting.

While proper bra fitting can increase comfort for many women, breast reduction surgery can help women with uncomfortably large breasts.

“A number of women complain of back pain, shoulder pain, and headaches after a long day,” Kalnoki said.

Excessive breast tissue can cause their posture to suffer.

For those with larger breasts “breast reduction is very beneficial and most women are extremely pleased to have the procedure done,” Kalnoki said.

In the mid-90s, a rumor circulated that underwire bras raise women’s risk of breast cancer because they supposedly hamper the body’s lymphatic system and cause toxins to build up, eventually leading to breast cancer.

“The problem with this hypothesis is that there is no scientific evidence to support it,” Kalnoki said. “The largest culprits affecting women’s breast health is not about the bra you wear but rather about the lifestyle you live.”

Abdominal weight gain “has been found to be more active in producing chemicals and hormones that cause the growth of breast cancer cells,” Kalnoki said.