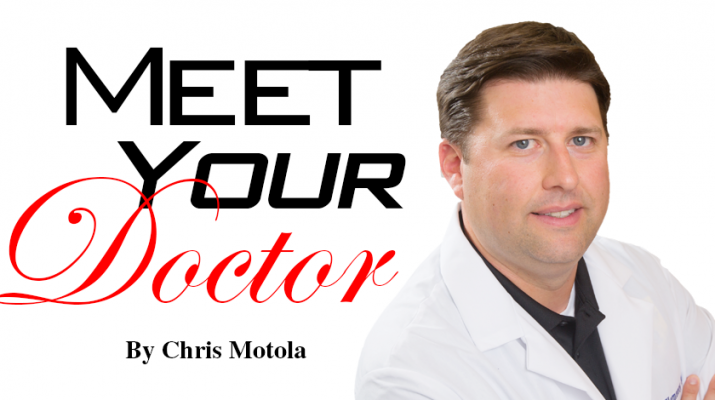 CPR, not ‘scoop and run,’ should be priority with cardiac arrest patients, says physician at UBMD Emergency Medicine 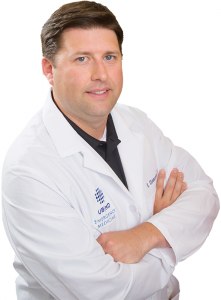 Q: You’ve been championing some pretty major changes to the way that we respond to cardiac arrest.

A: What we’ve done is not so much changed the protocols so much as change the way we think of cardiac arrest management. All the same skills that were always being performed are still being performed, but we’re doing them in a different way. We’re reprioritizing the things that matter and deprioritizing the things that aren’t as important to our patients.

A: The single most important thing in cardiac arrest is focusing on high-quality chest compressions and defibrillation. The other things, which are sometimes glamorized on TV, or that the public expects — things like rapid transportation to the hospital, putting a breathing tube into the person, or giving cardiac medication. We know those things are not as helpful, so we focused our efforts on CPR. For instance, the expectation is that, when someone’s heart stops, we show up on scene, scoop them up, put them in an ambulance and rush them to the hospital. By doing that, we rob them of time where they could be getting chest compressions. So we’re getting the message out to our providers, fire department partners and now the community. The expectation is that, if you’re in cardiac arrest, we are going to have a prolonged effort of trying to bring you back to life on scene, which is where we have the best chance of saving your life and give you a meaningful recovery. We’re not just going take you to the hospital automatically.

Q: Have we underestimated CPR as an intervention?

A: CPR is always seen as a basic thing, but I think it’s fair to say that it’s very powerful in comparison to other interventions. Anyone can do basic chest compressions. That’s what’s circulating blood to the body and the brain. Anything that interferes with that is really detrimental to that person’s survival.

Q: Are we talking about CPR as a stop-gap treatment or a remedy for the heart attack.

A: Just to be clear, a heart attack is different than cardiac arrest. A lot of people use the terms interchangeably, but they are actually different. In cardiac arrest, where the heart is stopping, chest compressions are circulating blood through the body, giving us time to hopefully shock the heart back into a rhythm that can sustain life. There are cases where CPR alone can bring a person back, but in most cases it’s kind of a stop-gap to lengthen the time to treat the patient and get them better.

A: We want to be sure that we have proper depth and a rate of about 100 to 120 beats per minute. We find that’s the appropriate compression rate. We also want to be doing them as much as possible. Every time we take a break to move them or do another procedure, we’re robbing them of oxygen to their brain. So the most important thing is doing chest compression continuously. Sometimes the public is concerned when called on to do chest compression. The message for the public is that CPR is unbelievably safe. A study came out on patients who mistakenly received CPR despite not being in cardiac arrest. And that study showed that no real harm was done to the patients who got them inappropriately.

Q: What about the mouth-to-mouth component?

A: We find that’s less important and don’t recommend it for the lay public. We teach them to focus only on chest compressions. It simplifies the process. It’s also not as important in those first few minutes. We also think it makes people more willing to do chest compressions since some people feel uncomfortable putting their mouth on someone and might decide to do neither.

Q: How much training does a layperson need to reach competency?

A: That’s a great question. There’s a course called Anytime CPR, which can be done in about 20 minutes, where people can be exposed to performing chest compressions. Even if you don’t know how to do chest compressions already, 911 will usually walk you through the process. So we encourage you to take a class, but it’s easy enough that you can be talked through it.

Q: Should we be concerned about breaking ribs?

A: That’s always a concern and can be happen, but that study we talked about earlier showed that the chance of harm is very low. And if you are in cardiac arrest, the risk of broken ribs is small compared to the risk of dying from not receiving chest compressions. The risk/benefit balance is totally in favor of performing chest compressions. We don’t want those small risks to deter anyone.

Q: How do the metrics look on these new guidelines?

A: We have now more than doubled our cardiac arrest survival. We had 1.3 survivors per month with favorable neurologic outcomes. After we implemented the initiative, we saw 3.0 favorable neurologic outcomes survivors. These are people who are able to not just survive, but make strong recoveries. What we’re doing is a paradigm shift. We’ve seen tremendous results as a result of it.

Q: What are the indications here, do you think, for “deputizing” laypeople as immediate responders for medical emergencies?

A: There’s lots of different layers to that. I think hands-only CPR is the single most meaningful thing we can teach the average person to do. We know from previous work that you’re more likely to get CPR from a stranger in a public place than your family members at home. There are other issues we’re looking at like hemorrhage control, properly applying tourniquets, for example.