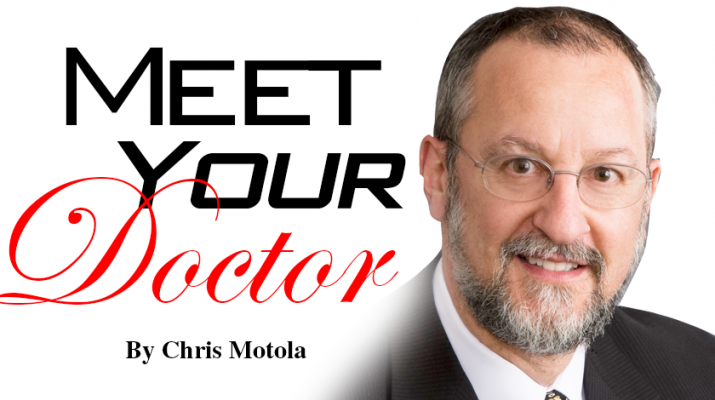 Chief medical officer talks about career, the care provided at ECMC and the reasons the medical center was chosen as ‘Hospital of the Year’ by a national hospitalist organization 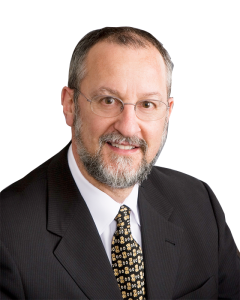 Q: Tell us a little about your background.

A: I’m originally from Ireland and went to medical school there. I came to the United States over 30 years ago. I was recruited by the University of Buffalo and started practicing primarily out of ECMC. I’ve been at the hospital since 1985. In the early part of my career, I was primarily a clinician and research scientist. I’ve gradually migrated into hospital administration more by accident than design.

Q: How did that migration begin?

A: It started when I was president of the medical staff at the time when the hospital transitioned from being a county institution to its current status of being a public benefit corporation, which was a pretty big deal at the time. After completing my presidency, my plan was to go back to clinical practice, but I was convinced by administration to become a part-time administrator to assist my predecessor improve quality as well as implementing the expansion of electronic health records. In 2008, I became the chief medical officer and I’ve been in that position since.

Q: What does the position entail?

A: The role of the chief medical officer means you’re a part of almost every part of hospital operations, but your primary responsibility is to oversee the medical staff and to ensure quality and safety of the care they deliver. We’re more conscious now about the “customer experience,” how the patient perceives the care they’re receiving. I’m not directly responsible for that last part because we do have a patient experience officer, but it’s a big part of my role, particularly in making sure the physicians are living up to what the hospital expects. I also assist the various vice presidents in assuring operational performance, finding more efficient ways to deliver high-quality care. I report to the chief executive officer, and all of us are responsible to the board. It’s a very varied job.

Q: Erie County Medical Center won the Apogee Hospital of the Year Award recently. Tell us more about that.

A: Yes. Basically the care of inpatients has changed a lot over the last 30 years from a time when community physicians would often take care of their patients in the hospital with the assistance of specialists as needed. But over the last 10 years, we’ve had the emergence of what’s called the hospitalist. Nowadays the patients in the hospital tend to be much sicker and require more continuous and closer care. So hospitalists are physicians who are completely dedicated toward taking care of patients in the hospital. They only see inpatients. They average 15-20 patients at the time. Apogee is a company that supplies hospitalist services. We use a hybrid system where some of our hospitalist services are run by faculty as teaching services, with residents providing care under the supervision of a physician. About a year ago we contracted with Apogee to provide hospitalist service. We’ve worked very closely with them. We’ve actually tracked our data and worked to customize our system to the patient’s needs. It’s been a very collaborative endeavor and has proven to be very successful. There’s a lot of credit due on both sides. Apogee is a very large organization with programs in hundreds of hospitals. Every year they give this award to the hospital with the program they feel has made the most impact on patient care. We’re obviously very proud that ECMC was chosen.

Q: In the current political and economic climate, what are the primary challenges to delivering health care?

A: The biggest challenges are happening at the federal level. And that’s a change in the system from what we call fee-for-service. That means, the more you do, the more you get paid. If you do 10 cardiac catheterizations, you get 10 times the compensation you would get for just doing one. That’s fine if they’re all necessary. But it’s a system that encourages volume over value. The possibility that procedures are being over-utilized is suggested by the fact that, if you look at procedures from different areas, there is a pretty large difference in the rates that people get cardiac surgery and other interventions and treatments, but without a corresponding variation in outcomes. In other words, more care isn’t necessarily better care. So federal government wants to focus more on quality and reward those entities that are achieving good outcomes and have good safety and quality practices. Hopefully, this will also save money by avoiding wasteful care. So that’s the challenge. Migrating from one system to another.

Q: Does this also mean a greater focus on preventive care?

A: We’re also being charged with looking more at keeping people healthy rather than treating disease. The fee-for-service system doesn’t really encourage that, because it can be more profitable to perform expensive procedures on sick people. So large medical entitities — and they have to be large — have to manage the health of large populations, hundreds of thousands of patients. So we want to prevent them from getting ill, reducing emergency room usage and reducing the number of hospitalizations, ultimately.

Q: How hard is the transition?

A: It’s a major challenge for systems that have been used to doing business under the old system.

Q: Can you give an example of how it’s played out at ECMC?

A: One of the things we’ve done successfully is reducing the length of stay in the hospital by delivering care more efficiently. So if a patient is getting tests done, we’re doing them quicker. We also start preparing the discharge process as soon as the patient comes into the hospital. One of the inefficiencies of the past was that you’d focus on getting the patient well and then end up running into problems with the discharge process, like insurance issues. Now we’re able to better anticipate those problems so that when the patient is ready to go home, everything is in place. It also has the advantage of decreasing readmissions. Many of those readmissions are avoidable if the transition of care is well-managed.

Name: Brian M. Murray, M.D.
Position: Chief medical officer at Erie County Medical Center
Hometown: Dublin, Ireland
Education: Trinity College (Dublin); University of Minnesota; board-certified in internal medicine and nephrology and is a fellow of both the American College of Physicians and the Royal College of Physicians of Ireland
Affiliations: Erie County Medical Center; University of Buffalo
Organizations: American College of Physicians; Royal College of Physicians of Ireland; American Society of Nephrology
Career: Physician with ECMC for more than 30 years; associate professor of medicine at UB with a limited clinical practice in nephrology.
Community Work: Served for many years as chairman of the Medical Advisory Board of the National Kidney Foundation of Western New York; in 2004 received that organization’s Gift-of-Life Award. Also served as the chairman of the Medical Advisory Board of the ESRD Network for New York State and was recently appointed the chairman of that body’s divisional board. In 2004 he received a Best of the Best award from the Niagara Health Quality Coalition for health care innovation. In 2010 he was awarded ECMC’s Distinguished Physician Award and since 2011 has been included by Castle Connolly Medical Ltd. in its list of Top Doctors in Western New York. He is currently a member of the Board of Upstate New York Transplant Services.
Family: Married; a son and daughter
Hobbies: Music, theater, soccer, golf