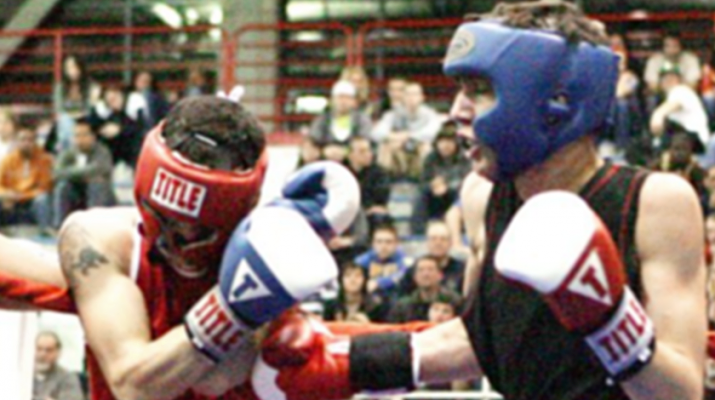 By learning how to box, young men and women develop physical and mental skills

Boxing is arguably the most humbling sport you can participate in because of the physical and mental challenges offered during a traditional bout between two competitors.

While the need to be physically fit and possess an aggressive attitude are obvious to casual observers, not everyone grasps how important the mental aspect of boxing is when training a successful fighter.

“I think everyone understands how beneficial boxing can be for the body, but what many people fail to realize is what the sport can do for your mind,” said Don Patterson, who serves as the coordinator of Buffalo Golden Gloves. “Boxing can get you into shape physically but it also provides unlimited opportunities to build mental endurance because it requires complete dedication and a total commitment to achieving your goals. Boxing can improve a young person’s overall health, which includes physical, mental and emotional components.”

The history of the Golden Gloves organization dates back to 1923. The local entity in Buffalo was established in 1928 and eventually circulated to different locations throughout the state, including several years in Syracuse until Patterson took on a leadership role and brought it back to Buffalo in 2009. There are now close to three dozen Golden Gloves franchises throughout the country, including well established franchises in Washington, D.C., California, Colorado and Michigan.

Mentoring by coaches and trainers plays an important role as each Buffalo Golden Gloves boxer learns about individual responsibility, goal setting and establishing a firm mental fortitude while at the same time improving self-esteem.

“We are teaching young people life skills and how to become responsible, confident and contributing members of society so that they are able to make a positive impact in our community,” said Patterson. “Boxing teaches you how to fight and you develop a skill set on how to throw punches while defending yourself. But it also teaches lessons that down the line will make each one of these men and women quality citizens.”

“We bring together young men and women anxious to learn how to box and we use that desire as a tool to build and enhance their character, enrich social development and hopefully achieve outstanding athletic achievement,” said Patterson.

In addition to intense physical training inside the ring, Buffalo Golden Gloves also provides guidance for achieving academic goals for boxers enrolled in either high school or college.

“We want well-rounded people, men and women who you would want to hire to work for your company or move next door to you and be your neighbor,” said Patterson. “Helping someone become a quality athlete is an impressive accomplishment, but helping mold them into a top-notch person is what I and the people we have working with these young folks get great satisfaction from.”

Patterson said the recent focus on head injuries – specifically concussions – in other sports is something Buffalo Golden Gloves takes seriously. The health and safety of each fighter is closely monitored.

“We don’t mess around when it comes to anything involving head injuries,” said Patterson. “Boxing is a physical activity where damage can be inflicted, that’s the nature of the sport. As coaches and trainers, we recognize that. We constantly focus on safety by teaching our boxers to be conscious of their personal well-being.”

Buffalo Golden Gloves is currently running a tournament involving approximately 150 different boxers. The tourney began in late January and will continue over the next few months, with semifinal bouts for men and women in various weight categories scheduled for March 18 at Buffalo RiverWorks. The winners of those fights will then advance to the championship matches on April 8 at a celebratory event also set to take place at Buffalo RiverWorks. From there, the winning boxer from each open weight class will have the opportunity to compete at the National Golden Gloves Tournament, which will be held from May 14 through May 19 in Omaha, Nebraska.

“What I love about boxing is the competition, the camaraderie and the character development that takes place,” said Patterson. “The outlook for Buffalo Golden Gloves is bright because we stay consistent with our mission in helping our youth and giving them guidance to achieving success both in and out of the ring.”

For more information about Buffalo Golden Gloves, including results from recent boxing matches that have taken place in Buffalo, visit www.buffalogoldengloves.com.