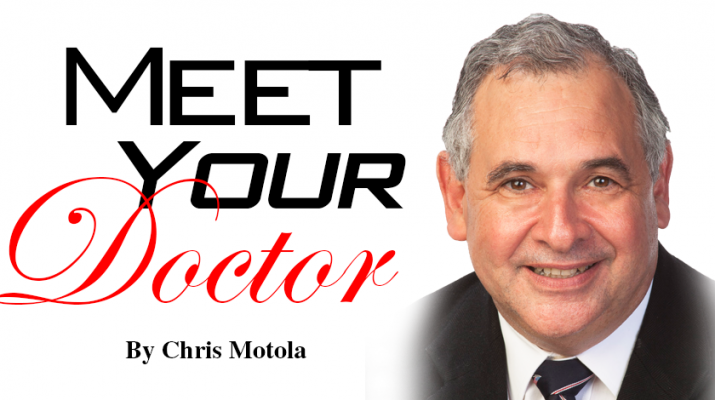 Chief medical officer at G-Health Enterprises, a former UB professor, happy to be in the ‘real world’ 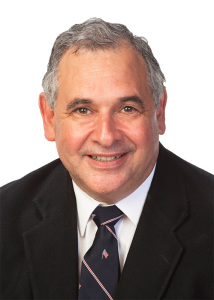 Q: I recently spoke with the founder of GBUAHN in Buffalo, Dr. Raul Vazquez. The two of you do a lot of work together.

A: Yeah. Well, he’s the visionary. I’m just the implementer. I have a fairly good idea of where the future’s going but, honestly, he’s four or five years ahead of everyone else when it comes to medical stuff. He was talking about ACOs [accountable care organizations] back in 2010 and electronic medical records back in 1996. He gave free transportation to his clients back when he was in private practice, before care coordination was really a thing. He’s always worked from the perspective of what’s best for the people I’m serving, and how do I do it in the most efficient way possible. I was a professor at UB in family medicine and was there for 24 years. And I basically retired to do this full time. When I was in the academic center, it was all theoretical. Now I get to do it in the real world.

Q: What are some of differences between theory and practice that you’ve experienced?

A: Basically, the theory I had is what [Vazquez] had designed. So it’s not different, it’s just that he’d already done it. I worked with practices all over the country. We talked about guidelines and other things regarding how to put theory into practice. But all the best evidence shows you’re lucky to get 50 percent of them implemented, in part because there are too many guidelines. Unless there’s help from informational technology, additional staff, care coordination from training doctors in quality improvement, they’re going to do things the way they’ve always done, which is caring for sick people, not about preventing illnesses.

Q: What are some projects you’ve had a hand in?

A: A couple big projects I’ve done. I started the Lighthouse Free Medical Clinic, a medical student-run screening and triage clinic in inner city Buffalo. Basically, some medical students came to a colleague and wanted to offer their services to the community. We partnered with the church. You can’t give free medical care with first-year students, but you can do a lot of screening and triage. So we were able to do physicals and triage. And that program’s still going on.

Q: How about the forensic medical unit at the Family Justice Center of Erie County?

A: So there are two pieces to domestic violence. There’s support for the victim, but there’s also offender accountability. Often in the emergency room, injuries weren’t well-documented, which allows the offender to get away with it. We got really good photographs and body maps that would stand up in court so no one could claim the injuries didn’t occur. We document the injuries. The patient tells the story. We’re just there to objectively say that the injuries do exist. One side effect we didn’t anticipate was that the pictures were so good, the defenders didn’t want them shown in court. So there was a lot more plea bargaining, which meant the victims wouldn’t have to confront their assailants in court and be retraumatized. They’re 8 x 11 glossies with a body map of where the injuries occurred.

Q: Since you’re dealing with traumas, what determines where a patient gets seen under?

A: Major trauma still goes to the emergency room. But a lot of minor traumas, like bruises, that go to the domestic violence center. But it’s also not just about documenting the injuries. It’s about shelters, social work, social services.

Q: Do you also make determinations about what caused the injury?

Q: How does that fit in with the work you’re doing with ACOs?

A: It’s a community service, but it’s separate from what I’m doing now. We do have a lot of patients that experience domestic violence. In our elevator in our office, Erie County has put up ads with tear-off strips on them. In the last three weeks, 30 of those tags have been torn off. Domestic violence is a big issue, but it’s not usually handled in the primary care office. We do everything from public health to population health. In our basement there are a cooking kitchen and a dietitian as well as three personal trainers and a gym thats are all free for our patients. And there have been tremendous results from that wellness program for both high-blood pressure and blood sugar because we don’t only make those services available, we invest in training. It’s really missing the boat to try to treat those diseases on the backend with expensive medicines. I have a saying with regard to diabetes, “When diet and exercise fails, try diet and exercise.”

Q: Why do you think there’s still so much resistance to preventive medicine? Tradition? Inertia? Penny-wise, pound-foolish?

A: I think there are a number of factors. Part of that is medical school training. We’re trained to treat sick people, not how to keep people from being sick. There’s also the tradition of only paying the doctor for services and not paying for clinical psychologists, social workers, other things. Everything goes to the doctor and becomes medicalized. There’s also the fear that once you start, it will turn into a sinkhole. Same thing that happened with mental health treatment. Mental health was never treated that well because of the fear that it would cost too much money, even though prevention ultimately saves money.

Q: Since you’ve worked in both rural and urban settings, how different are the medical issues? Or are they pretty much the same?

A: They’re actually a lot different. One of the big problems in the urban inner city is transportation of patients, no-show rates; there’s usually a lot more chaos in the urban patient’s life. The rural patient may not have a lot of money, but they tend to live in an environment where people know them. If a rural patient no-showed, there was a good chance I’d run into them in the grocery store and be able to talk to them. There are also racial differences in the populations, which can matter for things like blood pressure. If I saw a person with 230/140 in my old practice, I’d be calling the ambulance, but I see that all the time now and need three or four medicines to treat it. Hypertension is a much more serious disease in the African American population than the white population. And that seems to hold true across socio-economic lines.