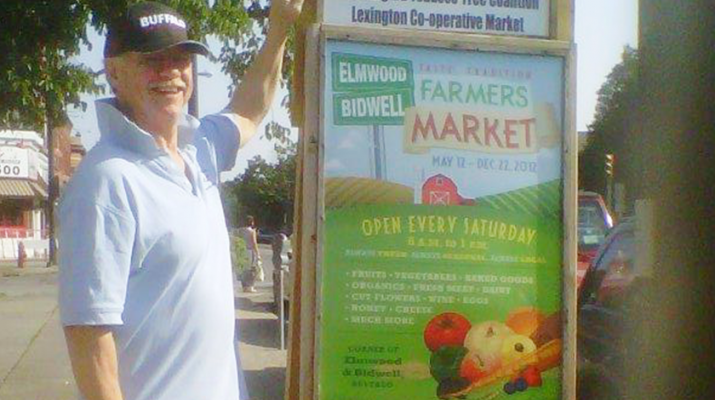 For the past 27 years, the Community Wellness Institute for a Greater Buffalo & WNY has served as a driving force behind health initiatives from improving walkability to reducing tobacco use to addressing food deserts in low-income city neighborhoods.

Its mission is to create a healthy community in Western New York. But that means more than simply promoting individual physical health and wellness; it means addressing the environmental, social and economic factors that affect a community’s overall health.

“When we talk about healthy communities, it’s much more comprehensive [than] being physically active and eating right,” said Phil Haberstro, co-founder and executive director of the institute. “It’s also our community environment, our civic health, this level of social capital … and of course the economic well-being.”

Among its earliest initiatives was involvement in the Erie County Tobacco Free Coalition. As a coalition member, it was often the recipient of grant funding for the coalition’s initiatives.

Its advocacy helped lead to the passage of the New York State Clean Indoor Air Act, which bans smoking in virtually all workplaces, including bars and restaurants.

Another early initiative was the Massachusetts Avenue Project, a nonprofit organization founded to address high unemployment and food security on the city’s West Side. The institute housed the MAP in their early years, helped the Project apply for grant funding, and offered insight and guidance on issues organization members were facing.

These days, MAP has its own offices, offers programs such as a mobile food market and farm education, has help improved high school graduation rates and has received numerous awards and honors for their work.

“They’re out there every day of the week doing good things to engage young people in leadership development as well as to create more sustainable neighborhoods,” Haberstro said.

The institute has also been heavily involved in Complete Streets initiatives to improve city streets and make them safer and more inviting for walkers and bicyclists.

The nonprofit pushed the city of Buffalo to open more bike lanes and bike racks, and has advocated for bike paths throughout the area. The efforts have resulted in miles of bike lanes, bike racks throughout the area and on all city buses, and the new Reddy Bikeshare program, in which residents can rent bikes from lock stations.

“That is a small thing in some respects, but it’s another piece in that equation of creating that culture that supports people’s ability to use their bikes,” Haberstro said.

As for environmental wellness, the institute is supporting soil testing in neighborhoods near the Tonawanda Coke Corporation plant that was cited for spewing the carcinogen benzene into the air. The institute has partnered with the Clean Air Coalition, and has provided volunteers and interns to staff community engagement events on the issue.

All are a part of the institute’s broad mission to improve the overall health and wellness of western New York communities.

“There is a lot of good things going on in the community in terms of working to strengthen us socially, economically, and environmentally,” Haberstro said. “All those areas contribute to health and well being. And if you’re going to have a healthy community, you really have to understand the social and environmental determinants that affect health.”