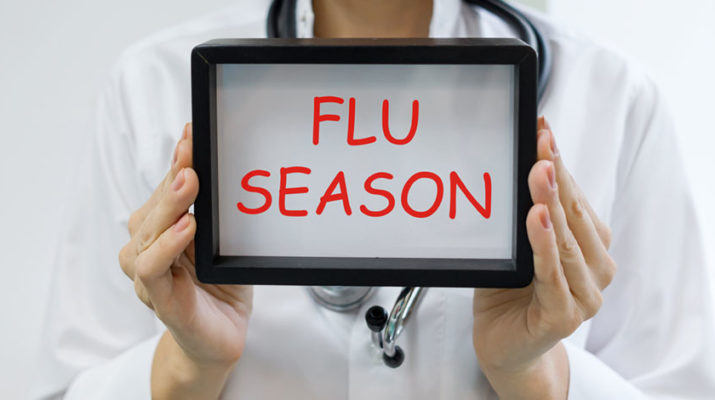 Winter weather is here and with that often comes a range of illnesses, including influenza. Such a common ailment leads to a preponderance of tall tales that float around every year, masking the actual nature of the illness and the best ways to prevent it.

While many people throughout the season will claim to have had “a little flu,” or a bout thereof, every illness that carries some of the same symptoms is not necessarily influenza and it is important to know the difference.

According to the Erie County Health Department, “The flu is a contagious respiratory illness caused by influenza viruses that infect the nose, throat, and sometimes the lungs. It can cause mild to severe illness, and at times can lead to death.”

Some symptoms include cough, sore throat, runny or stuffy nose, muscle or body aches, headaches and fatigue. Some individuals who contract influenza will also experience fever, vomiting and diarrhea.

According to the Centers for Disease Control, the flu and common colds are both respiratory illnesses, but they are caused by different viruses. They can present in similar fashions but some ways to discern between the two include that those with a cold are more likely to have a runny or stuffy nose and sneezing whereas those with the flu are more likely to experience fever, aches, chills and fatigue. Additionally, the onset of the flu is typically more abrupt than that of a cold.

Most importantly, however, the flu carries with it far greater risks of serious health problems and complications including pneumonia, bacterial infections and in some cases, inflammation of the heart, brain or muscle tissues, as well as multi-organ failure.

Flu viruses can be detected through laboratory testing and according to the CDC, as of the week ending Nov. 2, 3.2 % of respiratory specimens tested by clinical laboratories were positive for influenza viruses, which was higher than the previous week and two pediatric deaths have already been reported for the 2019-20 season.

According to physician Paul Juette, an internal medicine specialist who has practiced emergency medicine in the Buffalo area and is now retired, several categories of individuals are at particularly high risk during flu season, including very young children, elderly individuals, those with existing lung conditions and pregnant women.

While many other viruses floating around this time of year can only be warded off through preventive measures such as hand-washing, individuals can protect themselves and help protect other high risk populations by receiving the flu vaccine.

While some individuals refuse to receive the vaccine on an annual basis because they fear contracting the illness as a result, that fear is founded in fantasy, according to both Juette and Burstein.

That is because flu vaccines do not contain a live version of the flu virus. In some cases, a person may have been exposed to the flu before or shortly after having been vaccinated as it takes two weeks to build resistance, according to the CDC, but such occasions are nothing more than coincidence.

A person can experience mild side effects, according to Juette, including a sore shoulder or becoming flushed, but it is not comparable in any way to contracting the flu.

“Everybody gets very ill with flu, and people are usually out of commission for 10 days or more,” said Burstein. “People die every year, it’s a very, very serious infection.”

The vaccine itself does not protect against all strains of the flu and a vaccinated individual can still become ill, but one benefit of receiving the vaccine, according to both Juette and Burstein, is that those who have been vaccinated are very likely to experience a much milder bout of illness should they contract it.

Despite the lack of a guaranteed flu-free winter, Burstein noted that getting a vaccine is still wise for many reasons, including simple odds.

“People may also decide not to get vaccinated because they think it’s not effective,” she said. “While the efficacy varies, it is always greater than zero, so anything you can do to protect yourself is helpful.”