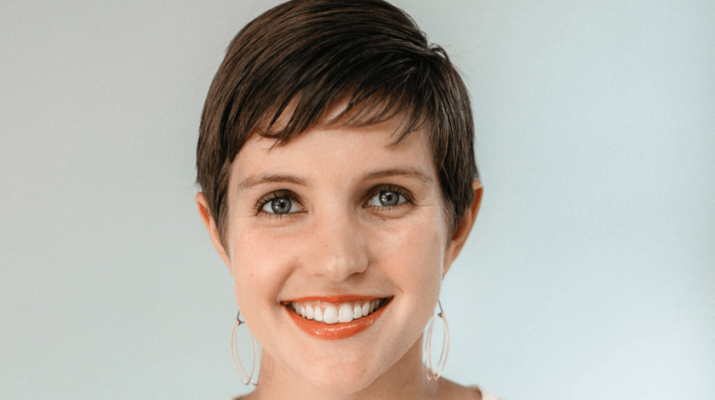 Up until around the 1920s, it was normal for American women to give birth at home. So, concludes Maura Winkler, it makes sense that she opened her midwifery in Buffalo’s oldest known residence, the Coit House.

The original lady of the house, Hannah Townsend Coit, would have given birth to most of her eight children there after her marriage in 1815. The house, built around 1818, is also older than any Buffalo hospital.

“For most of human history, birth largely happened at home,” said Winkler of her commitment to providing midwifery services for women who make the choice to emulate their foremothers.

“About 100 years ago, doctors — who were mostly men, since women didn’t become doctors then — started doing births in hospitals; that’s about the same time that the obstetrics field was invented.

“Giving birth in hospitals has become normalized, but the fact is that 90-95% of women are low-risk and healthy and could give birth outside of the hospital; that’s ‘normal,’” said Winkler. “Medical school does not offer any training for ‘normal’ birth; it’s all taught in terms of ‘pathologies.’”

“Pathology,” according to Merriam Webster is defined as “the study of the essential nature of diseases and especially of the structural and functional changes produced by them.”

Winkler, a Buffalo native, is a certified nurse midwife (CNM). She had originally enrolled in medical school, planning to become a doctor. But she quickly realized that it did not jibe with her personal beliefs, and switched tracks to become a midwife, so that she could provide care to women across the spectrum of their health and wellness needs.

“Access to midwifery is an opportunity for women to take birth back, both as midwives and the women choosing to give birth out of hospitals,” she said.

Winkler, and the other practitioners at Fika Midwifery specialize in low-intervention birth whether in a client’s home, at Coit House or in the hospital. (“Fika,” pronounced “fee-kah,” is borrowed from the Swedish concept that encompasses socializing and welcoming — it describes both a traditional coffee and cake break, and an attitude.)

“When I walked in this building, it felt right; it has an amazing energy for birth,” recalled Winkler. “It’s not logical, just a feeling, but clients say that too.” The space at Coit House, which was most recently formerly occupied by an interior designer, is soothing and serene. It’s been configured with several exam and waiting rooms as well as comfortable birthing suites over its three floors. The suites have room for mothers in labor and their partners or families, where they can labor and rest before, during and after the birth.

“There are basically two groups of women who come to us,” Winkler said. “The first is someone who leads a holistic lifestyle, they may be having their first baby, and the option to not give birth in a hospital fits with their beliefs. The women in the second group, in general, want a different model of care; they feel that they’ve had unwanted or unnecessary interventions during a previous birth experience — maybe they had an unnecessary C-section, or they didn’t want an epidural, or medically induced labor.”

She adds that the desire for home birth and midwifery care spans diverse races, ethnicities, religions, ages, and socioeconomic status. “Nearly every woman of color we’ve worked with has chosen to give birth outside of the hospital,” said Winkler. “Maternal and infant mortality is three times higher for women of color than for white women; our clients seem to understand they’ll get particularly poor care in the hospital.”

Since starting the midwifery in 2017, Winkler has expanded her staff to include another midwife, and anticipates growing to a total of four or five; this year, she anticipates that she and her colleagues will attend from 150 to 200 births, mostly at clients’ homes and at the Coit House.

Potential clients are naturally curious about what could go wrong, and how the midwives and staff handle it.

“It’s not like the Wild West,” said Winkler. “For example, it’s fairly common for babies to not breathe right when they are born. We can deal with that; we have all the same equipment that they have in hospitals, plus ours is portable, and can be moved easily, unlike in the hospital. And, we don’t have to cut the umbilical cord, which continues to provide blood and oxygen to the baby.”

“In addition, the things that many consider problems — like long labors, big babies, or going past your due date — aren’t problems to us; those have all been normalized to be pathologies,” she said. “And if there is an emergency — like a post-partum hemorrhage — we also have the same medications hospitals have to handle them.”

Of course, there are times when women need to be in a hospital, said Winkler, and she’s supportive of it in those cases.

“Hospitals are necessary; some women need access to epidurals or the infants to a NICU. I think they are used too excessively though,” she attested. “Ninety percent of clients who plan to give birth in the community, [either at home or in our birthing center], do so successfully. The percentage who do transfer to the hospital during labor are mostly first-time moms — maybe they are experiencing a long labor and choose to go, or they need pain management. If they do transfer to the hospital, they generally go in their own car; it’s rare that we call an ambulance — maybe one or two times a year.”

“Hospitals are not built for normal birth. They are businesses — they want to make money, and they don’t make money when moms give birth at home without the interventions they’d get if they were in the hospital,” said Winkler. “We feel confident about what we offer; we give amazing care, and women want it.”