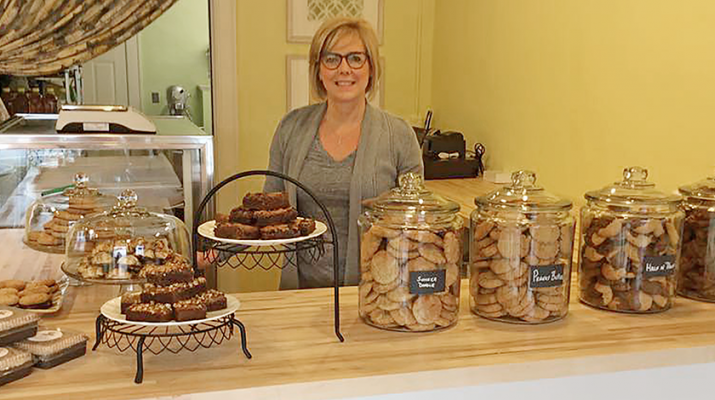 The “gluten-free” label has more or less become ubiquitous in modern dining. We see it on all sorts of supermarket items, as little symbols on our favorite restaurants’ menus and in bakeries that deal exclusively in gluten-free goods.

Gluten, or the lack thereof, has risen so high in our collective nutritional conscious that in many circles its regarded as a new fad diet for those without the severe, possibly fatal gluten intolerance condition known as celiac disease.

But do people with healthy GI tracts have anything to gain from excluding the naturally-occurring wheat and grain protein from their diets?

Rothus, who has been gluten-free for more than half a century, notes that the diet poses a lot of challenges. Gluten-free products are consistently more expensive than their traditionally-made counterparts. They’re not as available and sometimes don’t taste quite as good. And the diet tends to be low in many of the nutrients that are found in fortified pasta, such as iron and vitamin B.

“It’s not going to do them any harm but they have to be aware of the nutrients they aren’t getting,” Rothfus said.

She also points out that gluten-free products are often higher in butter and sugar, to compensate for the lack of gluten, which helps hold baked goods together.

“It’s not a weight loss diet,” she said.

But that’s not to say that she sees no value in the diet for people without celiac disease. She notes that while two of her granddaughters have celiac disease, a third follows a gluten-free diet simply because it makes her feel better and suffer from fewer migraines.

What’s more, a gluten-free diet may be the answer for people who have not been diagnosed with celiac disease but do experience persistent, severe digestive problems.

Despite major advances in celiac disease awareness and diagnosing (Rothfus considers herself very lucky to be diagnosed in the 1960s), most of those who suffer from the condition still wait years to be properly diagnosed. The reason is that the symptoms of celiac disease — bloating, gas, diarrhea, fatigue and indigestion, among others — vary, and are associated with dozens of other digestive disorders.

“If it’s undiagnosed, our small intestines remain inflamed, and it could cause some serious complications,” Rothfus said.

In addition, there are many others who do not have celiac disease but do have gluten sensitivity. They experience many of the same symptoms as a person with celiac, but without the autoimmune response that damages the villi in the small intestine.

“The symptoms are identical between celiac disease and gluten sensitivity,” Rothfus said.

While she welcomes the rise in celiac awareness and availability of gluten-free goods for making life on a gluten-free more manageable, she does have one concern about it being viewed mostly as a fad diet.

Rothfus says that when someone with celiac eats at a restaurant, it’s not enough for their food to be gluten-free; it can’t come into contact with any kitchen utensil that has touched a product containing gluten. But if most people ordering the gluten-free option do not have celiac disease, servers and line cooks might start to take those special preparations less seriously.

“We’re afraid servers will become nonchalant about it,” she said.