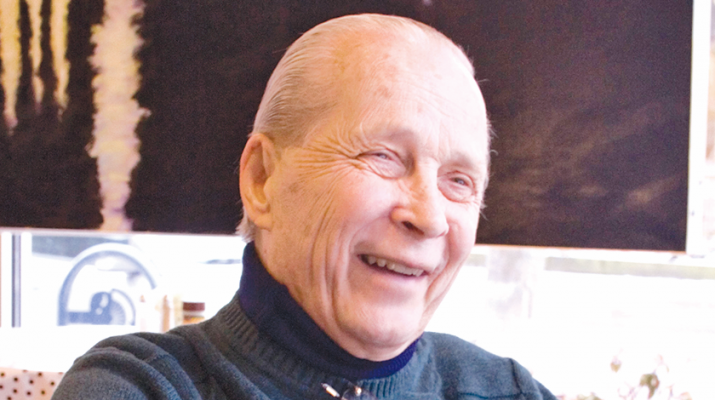 W.T. “Bill” McKibben, an 87-year-old communications practitioner and author, is a veteran of the Korean War whose life was saved twice with heart surgeries performed at the VA Western New York Healthcare System in Buffalo.

He strongly supports the VA and says politics has helped create an image of the VA that doesn’t match the reality.

“America was stunned by reports of vets dying while waiting to see a doctor,” he said. “But a closer look reveals that they were waiting to be accepted into the VA system. The image of sick and dying vets in the VA waiting for care is simply false.”

McKibben was born with a prolapsed mitral valve — his mitral valve did not close properly and began to leak back into the chamber it is designed to empty. In 2004, his literally began to tear itself apart and he suddenly found himself gasping for air after walking a few yards.

His wife rushed him to the VA Medical Center in Buffalo where physician Carlos Li, who heads one of two cardiothoracic surgical teams, replaced the valve with a porcine valve that was expected to last about five years. It lasted 11 and the doctor replaced it in 2015 after McKibben suffered similar symptoms. “Dr. Li saved my life twice at the VA,” McKibben says,

McKibben, who has authored a business ethics book, “Play Nice, Make Money,” since his first surgery and remains involved in marketing projects, credits the VA’s heart recovery exercise and nutrition program for his ability to come back from these serious heart surgeries.

“They give you a detailed road map to follow once the surgery is completed, and then it is up to you to do the work,” he says.

McKibben, who honed his communication skills while serving in the U.S. Army, came to Buffalo in 1964, working at WGR Radio and TV, and a year later WBEN Radio and TV. Wanting to be his own boss, he purchased WEBR Radio in the early 1970s and after the station was sold, he created a communications/marketing agency with his daughter, Tracy LeBlanc.

“I learned a great deal about healthcare through our work for over 25 years with a private healthcare insurer and Medicare,” he says. That experience plus his life-saving experience at the VA provides the background and knowledge to respond to the criticism being directed towards the VA, he said.

“The VA’s prevention-based approach is very different from the greed-driven, treatment-based system most Americans are stuck with. Their immediate care/emergency room facilities take care of you immediately, 24/7.

“The major difference in the care vets receive and the source of its superiority is the VA’s primary focus of a prevention-based system,” he says.