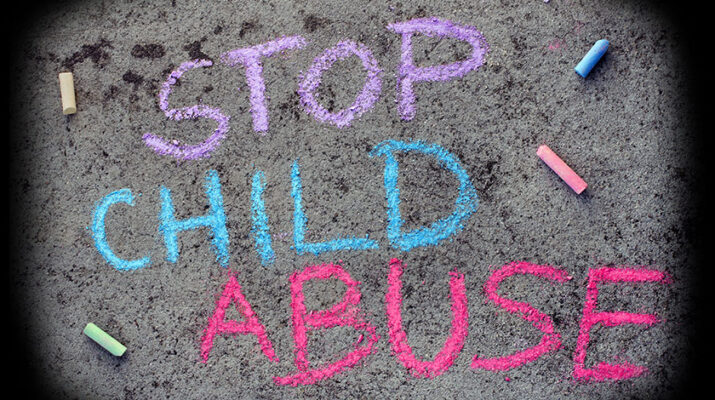 Report abuse as soon as possible, so that the healing process can begin

Child abuse is a real and terrifying threat and one which manifests all too frequently. While some forms of physical abuse will leave visible indicators, such as bruising, not all abuse does.

According to the Child Advocacy Center at BestSelf in Buffalo, one out of every 10 children will be sexually abused before they turn 18.

Parents, guardians and any individual with children in their lives are not powerless against this, however.

According to Rebecca Stevens, director of the Child Advocacy Center at BestSelf, there are several steps that parents and guardians can take to help children stay safe preemptively, as well as warning signs that can be looked for, in order to intervene if a child is experiencing abuse.

“One of the things that we often talk about is giving the children the language that they need,” said Stevens. “This includes calling body parts by their actual names.”

Stevens noted that although it may be uncomfortable for some adults to hear young children using the anatomically correct names for their body parts, there is nothing wrong with it and it can be important should a child ever be abused.

“We don’t have a problem teaching a child to call a nose a nose,” she said.

She said that in an instance that a child is being abused they might speak about it in a setting such as their daycare or at school, but such conversations might go unnoticed if the child is using nicknames for body parts. Stevens also said having open conversations with young children about boundaries and what are appropriate ways for adults to interact with them can be an important preventative measure. For example, Stevens said that teaching children that while it is all right for Mommy or Daddy to help them during a bath, nobody else should be touching them in their “bathing suit area.”

At the Child Advocacy Center, it is also taught that children should be able to identify five people in their world they can go to and feel safe speaking with if something is wrong.

“It’s tough conversations to have, but it’s preventative and proactive and it eliminates some of the secrecy and shame,” she said, adding that those factors too often keep young individuals from reporting their abuse.

The median age for reporting child abuse is 54 years old, according to Stevens.

“By that time there are a host of negative side effects that could have been prevented,” she said.

In the event that abuse is already taking place, Stevens said that there are several warning signs that adults should be on the lookout for that may not intuitively seem correlated, particularly if a child is being sexually abused.

“The warning signs are often a lot more emotional in nature or behavioral,” she said. “For example, if you had a very active kid and now they’re afraid to leave their room.”

Stevens also said that changes in wardrobe, such as suddenly wearing baggy outfits, regressions in hygiene or potty training and bed wetting regressions in younger children can all be signs that abuse is taking place.

“These can be reflective of how they’re feeling about themselves or their safety,” she said.

In the worst case scenario, that an adult learns that a child is being abused, Stevens said that they should not begin to ask them further questions once the child discloses their abuse. She noted that children will often have to tell their story to authorities, sometimes repeatedly, and that it is best not to have them tell their stories more than is necessary, as it can cause further trauma.

She also noted that if the abuse is current or recent, adults should seek medical care, such as from a pediatrician or emergency room immediately.

The next step is to call CPS or law enforcement to file a report and the Child Advocacy Center at BestSelf is also a local resource that can help immensely during a challenging time.

Among the benefits of having these services working in tandem under one roof is minimizing the number of times children need to verbally re-hash their trauma.

“Before our CAC existed, the ‘system’ was doing more harm than good to victims of child abuse,” according to the organization’s website. “Children repeated their stories over and over again. They were questioned in ERs, police stations, schools, doctors’ offices and being re-traumatized each time they had to repeat the stories of the trauma they experienced.”

While this abuse is traumatic for children, it can also take a real toll on those who love them. Therapy, importantly, is offered not only to children who have been abused, but to their families.

With the help of the Child Advocacy Center, children who have become victims can begin down the road to recovery from their experiences.

“The thing is to report abuse as soon as possible, so that the healing process can begin,” said Stevens.

For more information on the Child Advocacy Center at BestSelf, visit https://cacbuffalo.org.