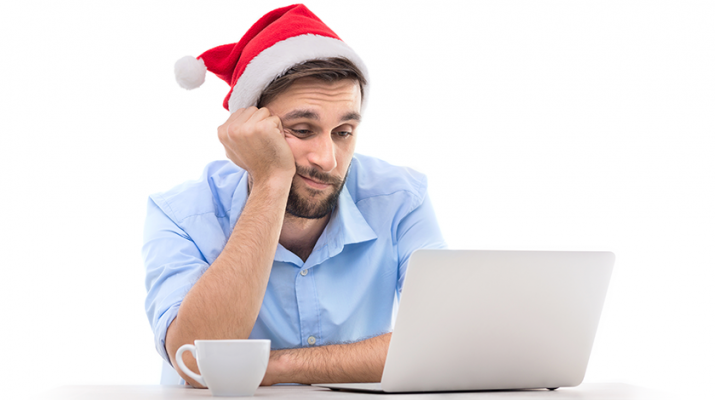 The holiday season can be a difficult time for those who have lost loved ones, whether recently or in years past. For those coping with grief, there are numerous resources ranging from bereavement support groups to individualized counseling.

Whether people are more likely to seek those resources during the yuletide is a topic which is up for debate among local professionals.

Mary Beth Giesler, bereavement coordinator for Hospice Buffalo Bereavement, says that her agency sees a spike in program attendees around the holidays.

“For most of them that come, it’s the first holiday without a loved one and every first is difficult for them,” she said. “If a loved one isn’t there, there is this sense of, ‘what do we do?’”

Nicole S. Urdang, a holistic psychotherapist in the Buffalo area, says she does not believe that a greater number of people seek out support resources to cope with grief during the holidays because of societal normalization of grief at this time of year.

Grief and the Holidays

Those seeking support services at this time of year can attend a program titled “Grief and the Holidays” from 2 to 3 p.m. Thursday, Dec. 14, at the Hospice Education Center, 225 Como Park Blvd., Cheektowaga. A variety of free resources and advice on grief and other topics can also be found at www.holisticdivorcecounseling.com.

“People have read enough magazine and newspaper articles to know that if it’s Christmastime and they feel down, they’re not alone. People normalize their grief and they think it’s understandable that they’re triggered” she said. “The biggest surge is in the spring, because people think that in the spring while everything is growing and budding, they should be happy.”

According to Urdang, the two primary types of grief can be broken down into the categories; simple and complicated. Simple grief tends to arise when we lose someone we love and had a good relationship with and when that passing, ideally, is due to old age.

Complicated grief tends to be the result of the loss of someone with whom a person had a difficult relationship.

“Complicated grief is when you had a traumatic or difficult relationship and they died and you have all these mixed feelings,” she said. “So clearly complicated grief creates a lot more issues.

According to Urdang, that grief can take much longer to abate and trigger post-traumatic stress around the holiday season. Urdang notes that the onset of this type of stress is not a disorder, but rather an understandable reaction to experiencing trauma.

What experts across the board agree on is that experiencing sadness in the wake of a loss is perfectly all right, and that there are many healthy ways to deal with that grief.

“We really just kind of try to tell them that each person grieves differently; no two people are the same,” said Giesler.

“Give yourself a cosmic permission slip to feel whatever you’re feeling. I’m not saying act on it, but feel it. We have feelings for good reasons,” said Urdang. “The next thing is to allow yourself some catharsis, if you think it would be helpful. If you want to watch a sad movie and let yourself cry, do it.”