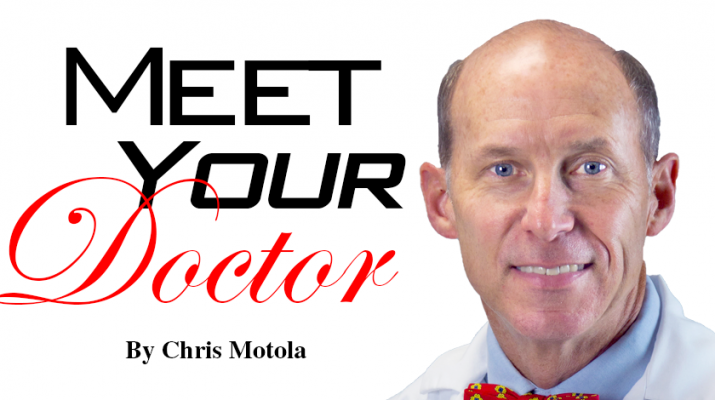 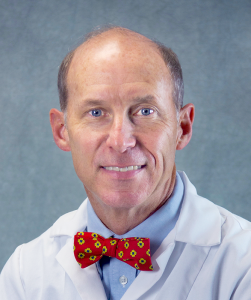 Q: What kind of patients do you see?

A: I’m in the division of infectious diseases. I do all my inpatient care at Erie County Medical Center. On the outpatient side, I also work at the Erie County TB Clinic.

Q: You mentioned a trend you are concerned about: how the opioid epidemic is increasing the risks of certain infectious diseases?

A: These are infections people acquire when they graduate from oral opiates to intravenous drug use.

Q: Are we mainly talking about blood-borne pathogens?

A: It includes blood-borne pathogens like HIV, hepatitis C and hepatitis B. Acquiring those pathogens doesn’t just come from IV drugs, but the sharing of dirty needles.

Q: So, these are largely the same concerns we had at the end of the last century with heroin and HIV?

A: Right. We’ve known for decades that the sharing of needles promotes all kinds of nasty infections, especially those three viral infections.

Q: Do we still have mitigation programs for that, like needle exchanges?

A: In New York we have needle exchanges in most of our larger cities, but even if you don’t have a program near you, you can get clean needles and syringes from your corner drug store. There’s no reason that addicts should have to reuse old, dirty needles.

A: They may have really bad cravings and in a hurry, particularly if you’re in a house with other IV drug users. You may just grab one that’s lying around, shoot up and now you have HIV. And of course, some of those diseases can then be transmitted sexually. So even if you never use IV drugs but your partner does, you could catch HIV from them.

Q: Are the rates rising?

A: We’ve already noticed an increase in the rate of new cases of hepatitis C and HIV over the last year.

Q: Are there other risks of infectious diseases?

A: Yes. Using clean needles does not prevent IV drug users from developing nasty bacterial infections. These don’t come from someone else’s body, but rather from your own skin. So, when you inject, especially in an environment of poor hygiene, you can inject all kinds of nasty bacteria into your body and develop all kinds of complications like injection-site abscesses and bloodstream infections.

Q: So, most of the risks that come with any small puncture wound?

A: Yeah, from having a break in your skin. In this case, however, you also have the risk of injecting any bacteria that might be in the drugs themselves. When you buy from the dealer, you’re not buying a sterile product. It has bacteria in it. Most of the time it’s not in high volume, or especially dangerous, but once in a while you can have a batch that’s contaminated with pathogenic bacteria. Then if you inject it into yourself, you can inject those dangerous pathogens into yourself. The low oxygen in an abscess is an environment where Clostridium botulinum can grow; you can give yourself botulism.

Q: Other than quitting, how can they avoid that?

A: In addition to using clean needles, they need to get alcohol wipes to clean the injection site. You can’t really tell if there’s anything in the drug, though, without laboratory testing.

Q: As for encouraging cessation, what can you do as a pathologist?

A: When we end up seeing these people, they’re usually in a really bad state. Sometimes it’s serious enough to be a teachable moment for IV drug users. We have OK infrastructure for referring them to drug treatment centers, but the problem is that most inpatient drug treatment centers around the country are full. There’s a waiting list for residential treatment, which is what a lot of people need in the beginning. If you can’t go into inpatient rehab, you can do outpatient therapy, but if you have a serious problem with opiates, it’s difficult to keep an abstinence commitment. Methadone is usually best for people who are heavy users. Suboxone can be used for lighter users who haven’t been using that long.

Q: I wanted to touch on this year’s flu season. What happened?

A: We’re in the middle of a bad one. New York state just sent out an influenza surveillance report. It looks like we’re in for a bad year.

Q: And the flu shot isn’t that effective this year?

A: It’s not a great match with the most common circulating strain this year. The main strain circulating right now in influenza A, type H3N2. It seems to be a pretty aggressive strain capable of causing pretty bad symptoms. It’s not being considered a pandemic yet — the CDC would have to make that declaration. It just looks like a bad regular flu season. The flu shot still helps even if it’s not 100 percent effective. If you do come down with H3N2, the severity of your illness will likely be less. We consider a vaccine a failure if you have any detectable symptoms, but that doesn’t take into account that you were only in bed two days with a fever of 101 rather than five days with a fever of 105. But it’s still considered a vaccine failure.

Q: Any advice beyond the vaccine?

A: Washing of hands. If you’re sick with flu, try to isolate yourself socially. Alcohol-based hand sanitizer works on flu. Practice respiratory etiquette: cover your mouth when you cough. Sneeze into a tissue if you can. And wash your hands after you cough and sneeze if you can.