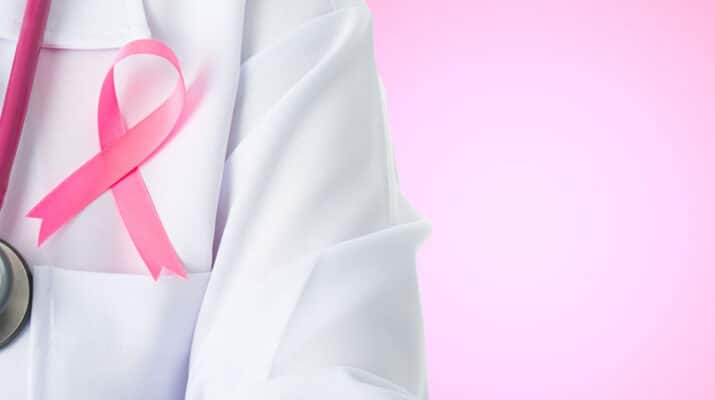 More women die of lung cancer than colon and breast cancer combined. Twenty-five percent of all cancer deaths are from lung cancer. According to the American Lung Association, 15% of people diagnosed with the disease have never smoked. Among nonsmokers, women are three times as likely to have lung cancer.

One of them is Colleen Ziegler, who lives in Rochester. She has never smoked but was diagnosed five years ago with stage 4 lung cancer.

“A lot of people are not aware of the impact that lung cancer [has]. It is the leading cause of cancer death,” said Ziegler, a patient at Massachusetts General Hospital in Boston. “Four hundred and thirty-three [people] a day die from lung cancer.”

Breast cancer research has helped reduce death rates among patients through proven prevention programs and treatments. Ziegler said that acquisition of research dollars is driven by awareness. Twenty years ago, she survived breast cancer. She believes that lung cancer is not as “popular” of a cancer because of lack of awareness.

“One of the challenges with lung cancer is there appears to be a stigma associated with it,” Ziegler said. “A lot has to do with the perception that tobacco use is the only cause. Lung cancer receives only 6% of federal funding available for cancer research.”

Ziegler said that currently, the federal government designates $14 million to lung cancer research, compared with $90 million to prostate cancer and $150 to breast cancer.

As to why women are three times as likely to have lung cancer as men, Ziegler said that researchers do not know. She was diagnosed at age 58, but knows women diagnosed in their 20s who have never smoked and lived healthy lifestyles.

Musa Saeed, pulmonologist and assistant professor at UB Jacobs School of Medicine and pulmonologist at Roswell Park Comprehensive Cancer Center, said that it is unclear as to why women are more prone to lung cancer.

“There’s speculation on hormonal influences,” Saeed said. “There’s no concrete evidence to suggest that yet. HPV can also be related to lung cancer but it’s not validated; it’s speculated.”

He added that especially when caught early, women respond better to treatment to lung cancer than men, even though they’re more likely to have lung cancer.

“We’ve made advances in targeted immune therapy,” Saeed said. “We can make a regimen that goes directly to that type of tumor. It can work more effectively for longer life and a better cure rate.”

Ziegler said very few treatments are available for lung cancer patients. She is currently enrolled in a clinical trial for alectinib, daily oral pills providing targeted therapy that “mutes” the cancer, though it won’t destroy it. Ziegler thinks that eventually, the cancer will outsmart her treatment and mutate into a different type of lung cancer or another cancer that won’t respond to treatment. In the meantime, she travels to Boston every two months for a check-up and deal with side effects like fatigue, muscle pain, edema, weight gain, cataracts and shortness of breath — all of which she says are manageable compared with cancer. Five years ago, she was told she had three to six months to live.

“My lung tumors have significantly decreased due to the target therapy,” she said. “Overall, I feel very lucky. It’s a matter of perspective and how you choose to look at what your life is like.”

She thinks that few people with lung cancer have as long to live because most lung cancers are discovered by the time they’re at stage 4. She said she was sick 15 months before she received a diagnosis. Ziegler said that many do not get screened for lung cancer because for insurance to cover it, the person must have numerous risk factors. Among those who qualify, only 5% seek screening.

Physician Albert Rizzo, chief medical officer with the American Lung Association, believes that many women are not aware of “how significant lung cancer is for their health,” he said.

While Rizzo acknowledged that many current cancer cases are attributable to the tobacco use of the 1980s and 1990s, “there seems to be a number of young women who are nonsmokers who are diagnosed with lung cancer.”

In these cases, the cancer is more treatable, but only if caught early. Unfortunately, few seek screening unless they have smoking history. Even if money were no impediment, screening everyone is not a good idea.

“If you screen too widely, you find things that don’t need to be found and put people through needless procedures,” Rizzo said. “You want to screen people who benefit the most.”

The recommendations are mostly based upon smoking history. That does not help those who have lung cancer for non-tobacco causes. Rizzo said that environmental or occupational exposure are not included as risk factors.

About 7 million to 8 million Americans are eligible for screening, but only 5% follow through.

“It’s another mission messages: assess yourself for being at high risk and talk with your physician about being screened,” Rizzo said. “If you’re screened, you’re more likely to have it diagnosed it while it’s early. If it’s at stage 3 or 4, the survivability drops off significantly.”

He thinks that hormones may affect why non-smoking women have three times the rate of lung cancer as non-smoking men.

“There are genetic studies that it occurs more in Asian women than non-Asian women,” Rizzo added. “Is it due to the size of the lungs? It may have to do with anatomy.”

Lung Cancer at a Glance

• This year 228,820 Americans will be diagnosed with lung cancer.

• Lung cancer is the leading cause of cancer death in the US.

• Nearly 20% of men and women diagnosed with lung cancer are never smokers.