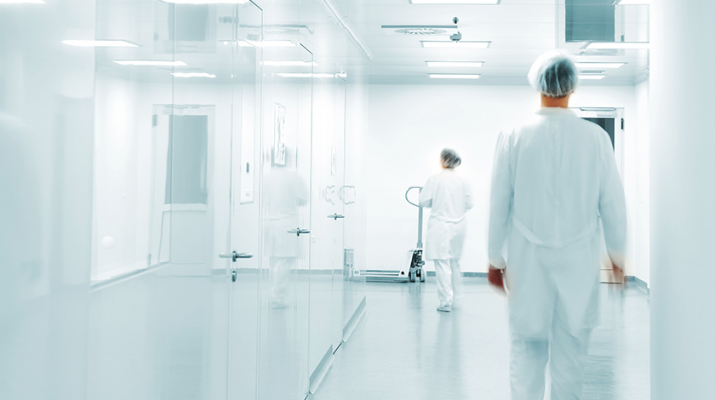 Study says medical errors are the third leading cause of U.S. deaths. How Upstate hospitals confront, contain the element of human error

Mistakes happen everywhere. But when they occur in a hospital, the consequences can be fatal.

Mary Brennan-Taylor understands that fact.  Seven years ago during the Fourth of July weekend her mother was admitted to a hospital, according to Brennan-Taylor, an adjunct professor of family medicine at Jacobs Schools of Medicine and Biomedical Sciences, UB, a volunteer faculty appointment.

As an 88-year-old woman, Alice Brennan maintained her activeness, vibrancy, independence and spontaneity. She went into the hospital for a common medical problem that was not life threatening. She died six weeks later from multiple hospital-acquired infections and from polypharmacy, the use of numerous medications.

For those past seven years Brennan-Taylor traded in her pain for progress, her anger for providing answers and teaching medical students about the issue.

“I’m a human being so I am not going to pretend like I wasn’t absolutely enraged about what happened to my mother,” said

Brennan-Taylor. “She was experiencing leg pain and a little gout and her story ends in death and that should never have happened. Her death certificate said her cause of death was sepsis and you know that is preventable. But I wasn’t interested in demonizing a particular doctor or hospital, but helping to fix a dysfunctional system.”
Brennan-Taylor didn’t want to mention the name of the hospital. She said that is her policy to never mention the hospital or the name of the doctor because her cause is bigger than that.

The case is not isolated.

The Centers for Disease Control recently compiled the most common causes of deaths in the United States — and medical error landed as No. 3 on the list. Medical error is defined as an unintended act of omission, a wrong plan of action or a deviation from the process that caused the patient harm.

Many of these medical errors are due to human miscalculations such as diagnosis mistakes, poor judgment or inadequate skills. Yet the term medical error is never included on a death certificate.

More than 250,000 people die in the U.S. yearly because of medical care gone wrong, which is just behind heart disease and cancer, according to the study. It’s an issue is calling for change and more transparency.

The personal aspect of a patient’s story was something powerful added to the curriculum. While medical students understood that doctors are going to make mistakes over a lifetime, it was essential they comprehend the serious consequences of each misjudgment.

“Speaking with the third-year medical residents, this is an opportunity to talk to them about the real dangers of medical error. This has to be an issue that we take seriously from the CEO in the board room to the cleaning staff,” said Brennan-Taylor. “In a hospital, you have to care about every detail.”

“There are so many questions that I wish I would have asked and so many face-to-face meetings that I should have had with the medical team,” said Brennan-Taylor. “But I am here to not dwell on the past as much as help others learn. It’s always painful when a family member dies and there is something that could have been done about it.”

However, knowing how they died can be an important element in a person’s closer.

David Norris is the CEO and founder of MD Insider, an organization based in Santa Monica, Calif., that analyzes doctor performance using intricate comparison data.

“As healthcare consumers, we should know what procedures our physicians have done and how efficient and effective they were before we select them as our doctors,” he said during a phone interview. “We may know a lot of information about a particular hospital, but not about the surgeons and other doctors who are at that hospital.

Norris’ passion for transparency began with a personal story. About 20 years ago, he went to a hospital for knee surgery. It seemingly went well because he came in the morning and was able to leave in the afternoon. Then three days later, the knee began to swell three times its size.

“They had to pull out fluid and then they told me I had a staph infection,” added Norris. “That put me back in the hospital for another three weeks and they had to re-do my surgery and inject me with antibiotics. They never gave me more information. I thought I went to a good doctor, but apparently not.”

Several Buffalo hospitals were contacted for this story but declined to offer any comments.

In the Rochester area, physician Robert J. Panzer, chief quality officer and associate vice president at University of Rochester Medical Center, said his health system is taking an active role in examining medical error for the safety of their patients. The center, he said, conducts annual quality and safety surveys among physicians and all clinical teams. They use the findings to identify specific actions to take.

“We take a system-wide, comprehensive approach to quality and safety, with everyone in our organization trained and engaged to promote patient safety and the best possible outcomes,” Panzer said. “Our leadership conducts weekly, monthly and quarterly reviews of our quality performance to identify and address areas for improvement.

At Upstate University Hospital, part of SUNY Upstate in Syracuse, Hans Cassagnol, chief quality officer, said “if you look at the industry as a whole, one of the biggest challenges is the rate at which people get blood clots in the hospital setting,” Cassagnol said. “We tend to put patients in bed when they’re sick. That can increase the chances of them getting a blood clot. We really should prophylaxis everybody when they come into the hospital unless there is a contraindication.”

Cassagnol said medical errors have been an issue in American medicine for a long time, but the health industry is finally taking a harder look at what can be done to help prevent them. He said Upstate University Hospital is taking several measures to limit any potential errors.

The annual list of the most common causes of death system in the United States is created using death certificates filled out by physicians, funeral directors, medical examiners and coroners.

When someone dies, the process begins with assigning them an International Classification of Disease code for cause of death. Because medical error doesn’t have its own code class, it cannot be entered as a reason for death.

“The problem of people dying from poor medical care is not known,” said Martin Makary, surgical director at John Hopkins University School of Medicine in Baltimore, who helped write the CDC study about medical errors with physician Michael Daniel. “We spend a lot of money on heart disease and cancer, but we don’t discuss nationwide medical care. This is a problem that is likely not just in the United States, but throughout the world.”

Medical researchers who worked on the CDC study recommend strategies to reduce death from medical care. They consist of three steps: making errors more visible when they occur so their effects can be intercepted; having remedies at hand to rescue patients; and making errors less frequent by following principles that take human limitations into account. An example would be putting a place in the death certificate where doctors could write whether a preventable complication contributed to the death. However, that would also make the physician liable and the medical community may not be interested in setting a precedent that might later lead to a greater number of lawsuits.