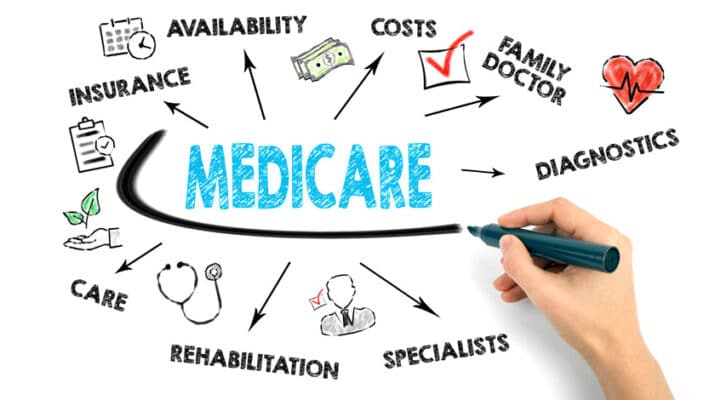 If the rules of Medicare confuse you, you are not alone

Yes, it’s confusing. An entire industry has developed around explaining the parameters of Medicare to adults anticipating their time to sign up at age 65.

While no one is required by law to sign up for Medicare, it is vital to understand the basics of Medicare to avoid lifelong monthly penalties should you decide to sign up later.

In general, people receiving Social Security income (SSI) for two years for a disability are automatically enrolled. Those who are aged 65 are eligible to enroll in Medicare. The age-related enrollment period is three months before and after the person’s birth month and the birth month.

A person currently with group insurance supplied by an employer of 20 or more can remain on their current plans and wait until they retire and thus lose their coverage. The same applies to a spouse on their plan. They do not have to wait until the next open enrollment period, which runs Oct. 15 through Dec. 7, because loss of coverage constitutes a qualifying event. Coverage under COBRA does not qualify.

If they don’t like their current insurance, they may choose to drop it in favor of Medicare.

Medicare plans are designated as “Parts.”

• Part A covers hospital care and some home care. If you have worked 40 quarters in your lifetime, it’s free.

• Part B covers doctor visits, diagnostic services and other outpatient care. The base premium is $144.60 per month. Individuals making $87,000 or more or couples making $174,000 or more pay higher premiums. It’s on an income-based, tiered structure, based on income figures from two years ago.

Parts A and B together are also known as “Original Medicare.”

Brian Faraci, director of operations of the insurance department at The Financial Guys in Williamsville and Rochester, said that many people believe that it is mandatory to have Medicare Part B.

“If your work has more than 20 employees and you have credible coverage, you don’t have to go on Medicare,” Faraci said. “We’d recommend signing up for Part A as there’s no additional premium. That gets you in the system. There’s no reason not to take it.

“The enrollment periods can be confusing. When turning 65, many think they have to go on Medicare and have to go off work insurance. That’s not always the case. A lot of people think it will cost a ton of money going on Medicare. It’s different than your job, but there are a lot of plans that cost nothing.”

Those who do not enroll in Medicare on time will pay a penalty of 10% of the premium for each 12-month period they could have been enrolled in Part B. Someone who waited two years would pay 20% more; those waiting three years would pay 30% more per month for the duration of their enrollment.

Kathy Coler, Medicare specialist and independent broker for ROC Insurance Services in Rochester, said that a recent change to Medicare is the Part B giveback. It rolls money into the Social Security check toward the Part B premium.

The plans are offered through private insurers like BlueCross BlueShield, Humana, Aetna, Cigna and United HealthCare and include Parts A and B. Most also include Part D.

“One of the biggest misconceptions people have is they think they have to have a specialized plan to get coverage outside their home area — if they travel a lot, they think they need different coverage for emergency care,” Faraci said.

Most plans cover emergency services; however, seeing a specialist may require extra coverage out of the home area.

“New York State has EPIC, a program that works in conjunction with Part D plan to save seniors money on prescription drugs,” said Michael King, broker with Century Benefits Group in Rochester. “If enrolled in EPIC, they can change their Medicare plan at any time of the year.”

People making a higher annual income must meet a deductible but pay nothing for EPIC. Those with a lower income have a small fee, but no deductible.

• Part F has no deductibles and pays all coinsurance. It covers 80% of expenses.

“Doing a drug analysis is extremely important to make sure your drugs are covered in the plan and that you’re paying the least cost possible,” King said. “Clients give us a list of drugs and our computer software tells us the plan best for them based on where they live.”

He added that a lot of seniors do not check the drug list.

Where you spend your time also matters. If you travel a lot or snowbird during the winter, make sure your plan covers non-emergency care elsewhere. Emergency care is nearly always covered.

He added that the guidance from brokers is free to consumers because brokers receive a commission based on the companies with which they are contracted.