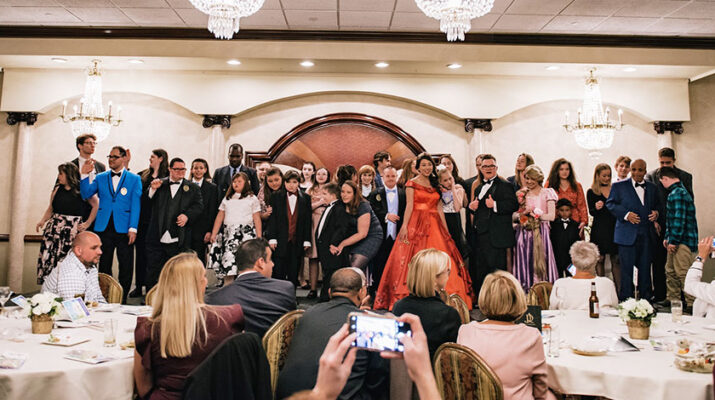 A place where people can simply come, be themselves and benefit from relaxed social interaction with their peers

When a child has an intellectual or developmental disability, there are a number of things which might come to mind when it comes to maintaining their best health. There are doctors’ appointments and a variety of therapies from physical to occupational to speech therapy.

In that array, sometimes, the health benefits of social interaction can be overlooked, however. That is precisely where Fantastic Friends of Western New York comes in.

The nonprofit, volunteer-based agency, located at 1284 French Road in Depew, is a social organization for individuals of all ages with developmental and intellectual disabilities. The center itself is a place for people to simply come and socialize.

“It’s a place of no judgment and total acceptance,” said Debbie Cordone, founder and president of the organization who also has a son on the autism spectrum. “This is basically a community center, but it’s their community center and while everyone is welcome, it’s their space.”

Cordone said that sometimes social skills and interaction can fall into a “black hole” when caregivers are juggling all of the needs of a person with disabilities. Fantastic Friends does not aim to offer therapy of any kind, but rather a place where people can simply come and be themselves and benefit from relaxed social interaction with their peers.

“They need a social outlet, because their lives can be filled with school and therapies,” she said.

And while Fantastic Friends makes no claims of being a therapy center, Cordone said that the benefits for those who gather there and attend their special events are immense.

“It’s very important to their mental health and their self esteem, that’s a big one,” she said. “And, also their confidence. We have so many people who will come to us very, very shy and just keep to themselves and over time, not a very long period of time, they just come out of their shell and they’re a very different person.”

The center itself is primarily geared towards individuals in their teens and older, but monthly special events have participants ranging from toddlers to people in their 80s.

The “Fantastic Friends Rock the Runway” event, where individuals with disabilities get to become models for the evening, is a particularly well-loved event. Slated to be held Sept. 24 at Aloft Buffalo Downtown, 500 Pearl St., this year, Cordone said that this event is just one example of how impactful social outlets can be.

Last year’s show, like so many things in 2020, never happened. When the pandemic struck, according to Cordone, the importance of the center was thrown into sharp contrast, as they had to temporarily shut down. When attendees came back, the founder said that the setbacks they had experienced without the social outlet were immediately apparent. The center endeavored to change programming to outdoor, socially distanced formatting as soon as possible in order to continue to provide some interaction for those who they serve.

And the interaction isn’t just good for the patrons, but for their parents and caregivers as well.

Photo: The Fantastic Friends Rock the Runway, where individuals with disabilities get to become models for the evening, is a major event for Fantastic Friends of Western New York, a local nonprofit. The new edition of the event will be held Sept. 24 at Aloft Buffalo Downtown.