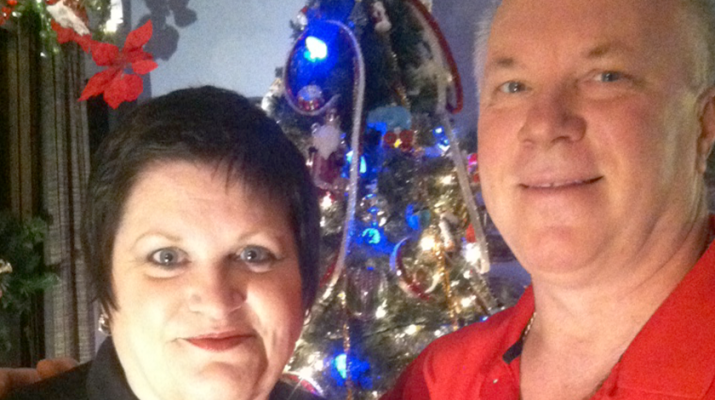 It seems like a miracle that Amherst resident Charise Nowatzki, 56, is still alive. When she told me she’s survived breast, ovarian, abdominal and brain cancer I was shocked that she still had a smile beaming on her face.

“No, this is not going to get me,” Nowatzki told herself when she was first diagnosed in 2000 after experiencing a painful pop under her arm while lifting weights with her sister, Michelle Moshenko, who had had a double radical mastectomy and was exercising as part of her recovery.

Thinking she’d torn a muscle, Nowatzki put her hand under her right armpit and felt a lump the size of a grapefruit. Two days later she took Moshenko to her doctor’s appointment at Buffalo Medical Group, and spoke to Moshenko’s doctor about the lump. Nowatzki was sent in for testing and was diagnosed with stage 4B medullary carcinoma of the breast at 38 years of age.

“After seeing what Michelle and other family members went through with cancer I was scared,” Nowatzki said. She had lost her mother, father and one sister to cancer.

Nowatzki underwent rounds of chemotherapy and had a double radical mastectomy at Buffalo Medical Group under the care of physician Robert Moskowitz. After completion, she went back for her second round of chemotherapy and spots were found on her liver and kidneys. The spots were cancerous tumors and she was told she’d probably live for another three months.

“Mentally, to be told I was going to die and get diagnosed with multiple cancers was tough,” Nowatzki said. Trying to find joy and being festive was a huge part of her survival. “I wasn’t sure if I’d make it to Christmas that year so I brought Christmas to me. I put up my tree, decorated my whole house and haven’t taken the tree down since.” Nowatzki said. “Now I decorate my tree differently for all the holidays.”

Becoming her own advocate and having strong faith was critical for Nowatzki at the time; she said that no one in Buffalo would treat her for her liver and kidney spots because they thought it was hopeless, and told her to enjoy the time she had left. She started doing research and making phone calls until she found physician William O’Malley, at Highland Hospital in nearby Rochester. O’Malley performed a gastric bypass surgery to remove her tumors and protect her liver and kidneys from further damage.

Nowatzki said she couldn’t imagine going through all this without her family and friends, who have helped her through what she calls the “silent scream,” a feeling she says cancer patients understand well.

“One night I had vertigo so badly, but I was trying to get downstairs for my medication and an ice pack,” Nowatzki said. “My brother, David, found me on the stairs — everything was spinning — and he went and got what I needed and sat with me. The next morning I woke up and he’d put a fridge in my bedroom.”

After enduring the past diagnoses, Nowatzki was diagnosed with a meningioma brain tumor, which required a gamma knife surgery. And then came three more diagnoses in 2016: abdominal carcinoma cytosis, pituitary adenoma (a second brain tumor) and ovarian cancer. She said oncologist David Dougherty at Buffalo Medical Group told her he’d have to focus on treating one cancer at a time.

“When it comes to pain I try and get to a happier place,” Nowatzki said. “Sometimes I’m in so much pain I can’t move, but I refuse to let it consume me.”

After many more rounds of chemotherapy and treatments, Nowatzki’s recent blood tests showed that her levels for ovarian tumor/cancer markers have gone down drastically- from 7,000 to 14- and she’s still surviving. The tumors in her brain are present but minute, so they are being watched now.

“My doctors can’t believe it. To conquer so many cancers is so much more than what anybody expected. I mean, who survives this?” Nowatzki said, adding that she is grateful for her family, friends and excellent team of doctors. “My heart goes out to people that don’t have a strong support system. To go through just one cancer treatment without family and friends is heartbreaking,” Nowatzki said.

Since the year 2000, Amherst resident Charise Nowatzki, 56, has been diagnosed with the following types of cancer:

“My doctors can’t believe it,” she says. “To conquer so many cancers is so much more than what anybody expected. I mean, who survives this?”