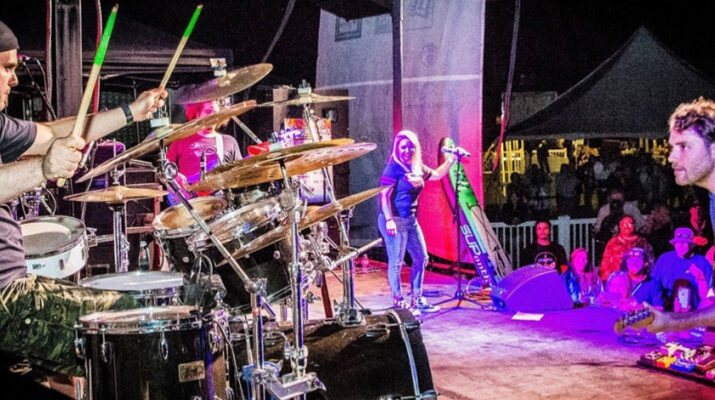 Becoming employed as a person with autism is not easy compared with most neurotypical people.

That is why Rock Autism, SonMax Entertainment and Villa Maria College are developing Setlist, a TV series shot in Buffalo about the true-life experiences of Sonny Muscato, a drummer with autism making a life in the music industry with his guitarist brother, Max and their father, Marc.

A setlist is the performance plan for a band—the songs they will play in order and when they will take breaks and address the audience.

The TV show uses the term “setlist” as a metaphor for life. Parents may have a perceived “setlist” for their children; however, autism may change their plans remarkably. That has certainly proven true for the Muscato family, who is producing the show. Through Setlist, Max and Sonny Mustcato hope to depict how autism affects their family dynamic and the challenge of making it in the music industry. Max is also the founder of Rock Autism, Inc. and SonMax Entertainment.

A nonprofit, Rock Autism offers music and film workshops for teens and young adults with autism. Finding meaningful employment is difficult for people with autism because “the workplace has not properly prepared to interview them,” said Alea Conte, executive director of Rock Autism, Inc. “They don’t have the proper interviewing style. Just asking them to do a task will show they can perform the task. Asking them to perform in an interview—they oftentimes cannot. Sometimes, some kids who have self-confidence or self-visualization issues aren’t prepared. It goes both ways.”

Setlist is about more than raising autism awareness. The filming will offer youth with autism opportunities to learn about film production, technology, and interpersonal skills.

“We wish to grow Rock Autism music and film workshops to creatively strengthen the mental health of the local autism community while connecting them to professionals in the Buffalo film industry,” Conte said.

The Mustcatos have three 27-minute episodes written and hope to create five more for the first season. The episodes will include six main characters, plus extras. They plan to release the first on YouTube to build the show’s following and eventually pitch it to the entertainment industry.