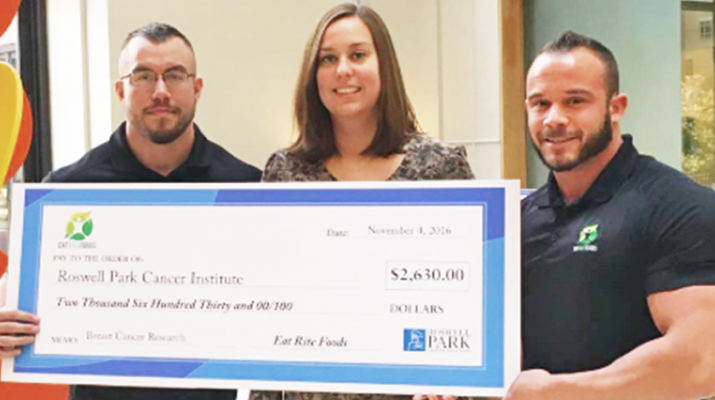 Let’s not mince words: eating healthy is hard work. Not only hard work in willpower and sacrifice, but also in grocery shopping, label reading, cooking, dishwashing, packaging in Tupperware, followed by more dishwashing.

That is why, over the last few years, a growing market for food prep services has emerged locally.

“I’ve yet to see another company do what we do,” Bright said. “More times than not when you order from Nutrisystem, Weight Watchers or other regional companies, you get a box [and] have no idea what comes in this box. It’s like a surprise when you open it.”

At Eat Rite Foods, customers can select whatever meals they fancy from 10 breakfast, lunch and dinner options that rotate weekly. What’s more, if one desires the spicy garlic chicken without a side of broccoli, or wants a couple extra ounces of sirloin steak; not a problem.

“We do some custom-tailored meals for people who want to bulk up,” Bright said. “But our everyday customer is someone who just wants to eat better, feel better and look better. I would say only 5 percent of our customers is an athlete.”

Meals can be picked up every Sunday and Thursday. Bright says they always prepare the food the day before — from their location at 3525 Genesee St., Cheektowaga. Customers who live within a 30-mile radius can instead have their food delivered for an added $10 charge.

“More times than not the meals come frozen from other companies,” said co-owner Mike Delzoppo. “We pride ourselves on freshness. It’s always cooked before the day you get it [and] guaranteed five days fresh in the fridge.”

So far, their approach appears to be catching on. Less than a year after opening, they have grown from sales of about 200 meals per week to 5,000, the owners said.

It’s a tremendous growth for two fitness buffs who, less than a year ago, were working factory jobs at the DuPont Manufacturing Plant in North Tonawanda.

They may never have entered the emerging field had it not been for an announcement they received in December 2015 that the plant would be closing within a year.

So Delzoppo, a longtime personal trainer and competitive bodybuilder, and Bright, an avid-gym goer and amateur chef, decided to put their skills together. They knew meal-prep services had proven popular in cities like Los Angeles, New York and Miami for years, and felt the local demand for such services was growing.

“Shortly after that, we started devising this plan. It seemed like a market that was growing and something that we could do well at,” Bright said.

They quickly managed to secure a lease on a former tavern near the intersection of Genesse Street and Union Road, and began advertising through friends and family, gyms and workplace visits, and most effective of all, social media.

In two months they had grown their orders 10-fold, from 200 to 2,000 meals per week. Their rapid growth has allowed them to bring on two chefs who design and prepare the meals with input from Bright.

They also are moving ahead on plans to relocate to Tonawanda Road in Kenmore, noticing a higher demand and lower competition in the north towns. The new space will include twice as much floor space, about 4,500 square feet total, and will allow them to quadruple their production capacity, from 5,000 to 20,000 meals per week.

“In January, we just ran with the idea, got this place, started putting out orders. Then soon after that it just kept getting bigger and bigger. It was like, holy crap, this is actually happening,” Bright said. 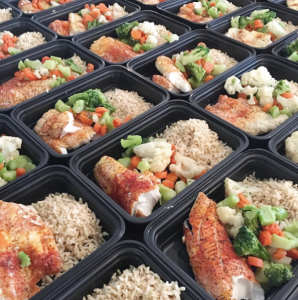