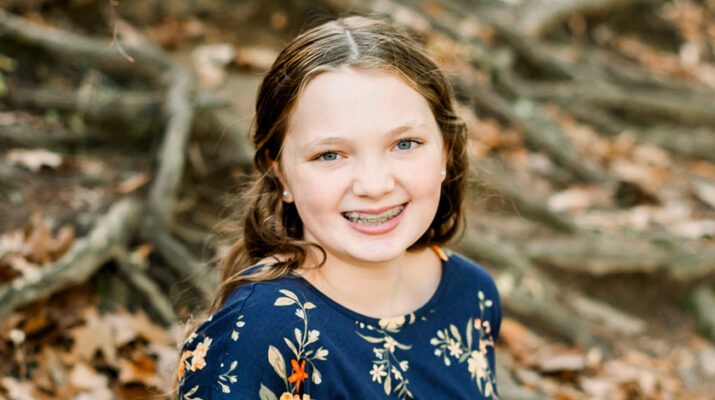 In their own words: Buffalo area kids talk about COVID-19, quarantine, social distancing, masks and how they miss their friends

This time has been repeatedly described as unprecedented for adults — we couldn’t imagine how kids are feeling and reacting, especially related to COVID-19. So we decided to ask a few for their candid reactions.

• Maeve Borden, 15, a 10th grader, lives in the Buffalo area with her family and three dogs. She loves tennis, volleyball and skiing. She’s would like to go out of state for college, and is thinking of studying psychology.

• Ben Gluck, 14, is in ninth grade. He lives in Amherst with his parents, older brother, two dogs, and various other creatures.

• McKenzie Rusinek, 12, lives in the Buffalo area with her family, including several younger siblings and two dogs. She’s in seventh grade; her favorite subjects are English and math. One of the things she enjoys is volunteering.

Q: What did you hear when the pandemic hit? How did it make you feel?

Maeve: I was scared, because nobody had ever experienced anything like it. As soon as we heard, our teacher tried to explain what was happening. We all thought it was crazy, and also didn’t think anything was going to happen.

Ben: I was sad that I wouldn’t be able to see friends, or do things normally. My family talked about how something like this hasn’t happened since the Great Depression. I didn’t know what “quarantine” meant! The health and economic aspects are affecting our society.

McKenzie: I knew it was real, but it felt surreal. It hit hard — I was having a great school year, and our class had a lot of plans. I worried about older people like my grandparents, and people who don’t have a home, or access to necessary precautions, like masks.

Q: What changed right away?

Maeve: No school, no sports or clubs — not seeing anyone except for who I lived with, or others from far away with masks. The whole world was on lockdown, and we didn’t know when it would end.

Ben: It made the end of eighth grade rough. I was stressed. It was hard to keep in touch with friends; finding ways to socially interact. I wrote a song about how I felt; the Black Lives Matter movement and an awareness of LBGTQ+ issues gave me a broader picture of how I can stand up for people.

McKenzie: I became more tightly connected to my brothers and sisters. Some of my friendships evolved. When we were apart we got stronger. We opened up and told each other more.

Maeve: At the beginning, people didn’t know anything; they were scared. When doctors learned and told us about it, we could start seeing people, as long as you wear a mask.

Ben: I expanded my hobbies. I got really into fishing — it’s a good, social distanced activity. I enjoy doing theater; I’d been cast in “Pippin” at Niagara University. I was disappointed it was canceled.

McKenzie: I became student council president in October, then school closed again. I tried to get out the message about our canned food drive for those without access to food. As a woman, I stand for women empowering other women.

Online learning created stronger bonds between teachers and students; we’re obligated to talk to each other more. Because of that, this will be a good year academically for a lot of kids.

Q: Did anything positive happen during the pandemic?

Maeve: I’ve seen people come together, even if it’s through a screen or online. It can be comforting: we’re going through the same thing, and people look out for each other.

Ben: It’s helped me learn how to manage time, and be productive.

McKenzie: My new baby sister was born in April; I would have been caught up with school and not spent much time with her.

Q: How have you handled challenges?

Maeve: I was almost nostalgic for when things were normal. I FaceTimed with friends, and, to de-stress or calm down, I like to color and read. Listening to music helped, and I went on long walks with my family.

McKenzie: Online school caused a lot of anxiety. I wanted to be perfect. Also, so many people were affected by the world shutting down. When I think about the absurd, crazy number of deaths, I also think about the many millions of other people affected.

I like to bake, play softball and read. I don’t think about anything else when I work on softball mechanics with my dad, which also creates a greater bond with him. With baking, you have to stay focused. I’m drawn in when I read a good book; I think about Harry Potter or Coraline’s problems instead of my own.

Q: How are you thinking about the future?

Maeve: We are still pretty deep in it. In the “new normal,” there will be more precautions. I hope that I will be able to finish high school in person.

Ben: I am done with this! I’m hoping we’ll get our act together; that people will mature and do the right thing. It’s hard not being able to interact, dance with and touch other people. Racial and political issues will still be a problem after COVID. I’m curious to see what’s going to happen.

McKenzie: The future can be bright again. People need to keep listening, until the vaccines are widespread. People say that they want to go out: wear your mask, cover your nose. We can change and be better, we stopped the spread before. I hope people stay safe.

Photo: McKenzie Rusinek, 12, lives in the Buffalo area with her family. Photo by Alyissa Landry.