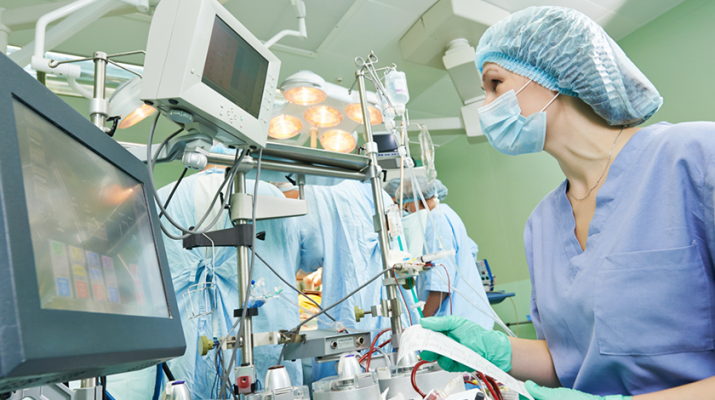 Starting salary for new perfusionists is about $80K

Most laymen don’t know that a perfusionist is the person who operates heart and lung equipment and monitors patient vitals during major surgery or while they await healing or major organ transplant. Though not a well-known title, the position is hard to fill, like many health care specialties.

“You’re not getting them out of college but recruiting them from their current role. It’s been a challenge. There are a lot more openings than I have people.”

Braun believes that part of the reason for the growing need for advanced health care workers is the aging baby boomer population. Along with other health issues, heart and lung issues need surgical intervention and thus would require perfusionists.

SUNY Upstate in Syracuse offers the only training for perfusion in the state, except for in Long Island. According to Bruce Searles, an associate professor and chairman of the department of cardiovascular perfusion at SUNY Upstate, only 16 schools nationwide teach profusion and they produce 120 graduates per year. At Upstate, about 70 people apply for the six to seven openings for new perfusion students each year.

“Employers have quite a shortage,” Searles said. “All of our graduates in this program get jobs, many before they graduate.”

He attributed the shortage to the number of retiring perfusionists, rather than a lack of interest in the career path. Although enlarging the program at SUNY Upstate and other schools may seem an easy solution, Searles said that the school focuses on quality rather than quantity.

“It’s discouraging to me as a program director to hear people say, ‘We’ll hire any graduate and train them,’” Searles said. “An issue with such a young field is we went from no training to on-the-job formalized training to the curriculum we have now. Some busy heart centers have schools and have been around a long time, but there are big cracks in the process.

“The career as a whole is just over 50 years old. Some remember being trained in the hospital by their surgeon.”

SUNY’s 21-month program requires a bachelor’s degree, though not necessarily in medicine (though that certainly helps).

“We’ve even had people with a bachelor’s in English,” Searles said, “but a background in nursing, anatomy or biology is best. We cast a wide net and sort out the net later.”

The applicants’ personality type matters also. Searles said that those who can remain calm and pay attention to details over a long period of time perform better. He likens it to the same skills as required for flying a plane, along with monitoring lots of technical and physiological data.

After completing the coursework successfully, students sit for two certification examinations offered by the American Board of Cardiovascular Perfusion, offered every six months online at testing centers. Those who pass both tests are credentialed as a “certified clinical perfusionis.”

“Their employment is a matter of life or death,” Searles said. “You have to be ready for emergency. Be prepared every day for the most unlikely event. It can be stressful, but with proper training and experience, you have confidence to know whatever goes wrong, you can solve it.”

He compared the risks to that of driving a car. Many things can go wrong on a serious level, but most of the time, it doesn’t, and the proper precautions reduce the risk.

In addition to managing job related stress, perfusionists must also feel comfortable with a varied schedule. Emergencies can pop up at any time, requiring a level of flexibility from perfusionists. A scheduled eight-hour shift can change to a 16-hour shift with little notice.

“If you really want a predictable life, knowing you’ll punch out at 3:30 every single Thursday for 25 years, this is not the right job,” Searles said.

Despite the stress and scheduling demands, Searles said that the work is “extremely satisfying.”
Though he spends plenty of time at the college, he also maintains his skills and credentials in the OR.

“I never have to wonder if what I did that day was important,” Searles said. “All cardiac patients consider they might not wake up. I make sure they do wake up. Sometimes the work is easy, sometimes it’s hard but it really matters to the patient. They come in sick but go home with a better quality of life.”