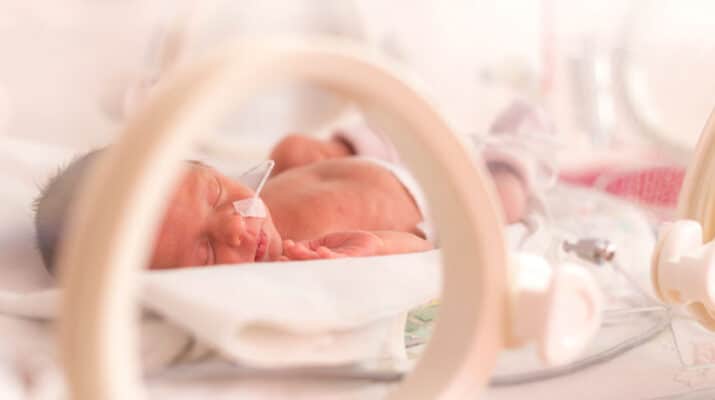 Fewer babies were born prematurely in a number of hospitals worldwide during the pandemic lockdown period, representing a decrease among some hospitals ranging from 20% (Nashville) to 90% (Denmark).

The March of Dimes states that close to one in 10 babies is born prematurely, that is, before 37 weeks’ gestation. Premature birth is linked to lower birthweight and increased risk of short-term and lifelong health complications.

“We speculated that maybe women aren’t accessing care as much so providers may not be reporting premature births,” said Darcy Dreyer, regional of maternal-child health for March of Dimes. “It’s still early to say that the prenatal births are decreasing. In Western New York and the Finger Lakes area, we haven’t seen much change.”

Dreyer added that some have speculated that among women with high blood pressure who would be hospitalized and possibly induced early, perhaps a share of them were at home relaxing and avoided this outcome. Although a worldwide pandemic brings its own stress, being at home may be viewed as a welcomed retreat for introverts or mothers who would otherwise be working on their feet all day.

“If she’s home with a partner, that could be helpful, but if she’s home and isolated, that’s the opposite,” Dreyer said. “Nutrition is definitely important for pregnancy. If you’re home relaxing and off your feet, that’s definitely a benefit. If you’re socio-economically disadvantaged and living in housing with more families that isn’t as beneficial.”

Midwives are a big part of maternal care in Denmark, which may indicate moms receive another layer of care that American women typically don’t receive.

While isolated, fewer women were exposed to illnesses such as the flu, which is associated with increased risk for premature birth. Staying at home also reduces exposure to another preterm risk: air pollution. Fewer cars on the road contributes to this effect.

“My thoughts behind the drop in preterm birth aren’t very scientific, but many birth workers have seen firsthand that pregnant people and babies have been known to wait for ‘ideal conditions’ to give birth,” Lombardo said. “Mom’s partner is serving overseas and labor starts the night they get home on leave. Mom wishes for her own mother to be present at the birth and her long, slow-progressing labor seems to speed up after their arrival. A mom whose labor stalls when the OB-GYN they don’t care for goes on call and picks back up when their shift ends. Laboring women and babies show us time and time again that they need to feel safe, supported, and calm for labor to begin or progress. Did feeling unsafe and perhaps even fearful encourage babies to stay put?”

The pandemic offered quite a bit of stress and uncertainty because of income loss, fear of the virus, isolation, shortages and canceled plans.

Improved nutrition may also be a factor for those who home from work. Instead of missing meals or grabbing fast food, more people were cooking at home — likely in a comfortable chair, lingering over their meals.

More down time also allowed more women to fit in exercise, such as walking. The entire pace of life slowed down to permit pleasurable pursuits that perhaps had been pushed aside. These kinds of experiences could help moms savor this time in their life as they await their little one’s arrival.

“I also have heard of many women feeling unsafe in the hospitals during the pandemic,” Lombardo said. “Many local women sought out an out-of-hospital birth after the pandemic began, and perhaps felt comforted and less stressed with that decision.”

The March of Dimes lists everyday risk factors for preterm labor and premature birth on its website:

• Having a lot of stress in your life.

• Low socioeconomic status (also called SES). SES is a combination of things like your education, your job and your income (how much money you make).

• Domestic violence. This is when your partner hurts or abuses you. It includes physical, sexual and emotional abuse.

• Working long hours or having to stand a lot.

• Exposure to air pollution, lead, radiation and chemicals in things like paint, plastics and secondhand smoke. Secondhand smoke is smoke from someone else’s cigarette, cigar or pipe.

• Being younger than 17 or older than 35 makes you more likely than other women to give birth early. In the United States, black women are more likely to give birth early. Almost 17% of black babies are born prematurely each year. Just more than 10% of American Indian/Alaska Native and Hispanic babies are born early, and less than 10% of white and Asian babies. We don’t know why race plays a role in premature birth; researchers are working to learn more about it.