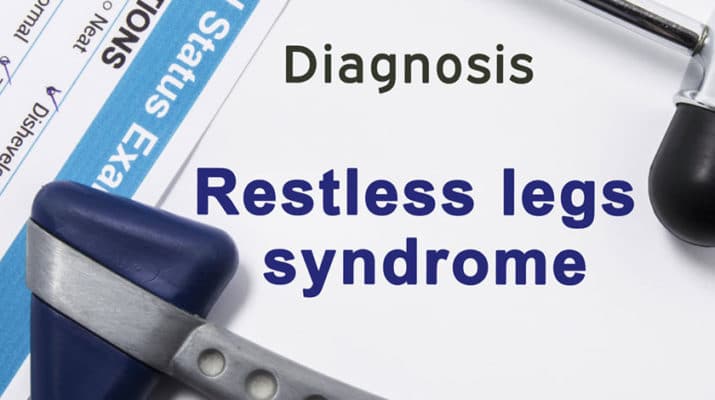 Are your legs keeping you up at night? Restless leg syndrome may be the culprit. The central nervous system causes the condition which typically manifests at bedtime — but not while someone’s asleep.

Physician Kenneth Halliwell, who is the medical director of Sleep Insights in Niagara Falls, Buffalo and Dansville, said many people think restless leg syndrome awakens them at night; however, that’s periodic limb movement.

He added that symptoms may appear in the legs or other areas of the body and feel like an ache, itch, wiggle or tingle that cannot be relieved until the patient moves. Ignoring it only allows it to build. As patients stop moving, the symptom returns.

Periodic limb movement involves involuntary and repeated movement of the limbs during sleep, which can cause patients to awaken. The movement occurs at least four times consecutively between five and 90 seconds.

Though some people experience restless leg syndrome as a minor nuisance, some find it so bothersome that they seek treatment. It may have a genetic component.

“The first thing you want to try to do is identify any exacerbating factors and try to treat those first,” Halliwell said.

Halliwell explained that low levels of dopamine in the brain seems to affect restless leg syndrome and iron is thought to synthesize dopamine. The level of iron in the body is at the ferritin level, which means the iron stored in the body.

“The ferritin level, we want it in the medium to high range,” Halliwell said. “A low, normal level will exacerbate restless leg. For a sleep doctor, the ferritin levels that appear normal won’t be fine.”

The level of iron stored in the body should be up to three times the amount tested in the blood. Patients found deficient are advised to take iron supplements, which take about three months to improve their levels.

Restless leg syndrome sometimes appears — and, if pre-existing, worsens — with pregnancy, since pregnancy may deplete the body’s iron stores.

Changes in the diet may help improve restless leg syndrome.

Samantha Paolini, clinical dietitian with UBMD Pediatrics in the division of endocrinology and diabetes, suggested adding spinach and other leafy greens, bananas and fortified cereal to a patient’s balanced diet.

In addition, “avoid caffeine and high sugar before bed,” Paolini said. “It provides a jolt of energy. Avoid coffee and tea — unless decaffeinated — chocolate, and anything high sugar.”

In addition, Mary Jo Parker, registered dietitian and owner of Nutrition & Counseling Services in Williamsville, said that restless leg syndrome may be related to deficiencies in folate, magnesium or iron.

Alberto F. Monegro is a physician with both UBMD Internal Medicine and UBMD Pediatrics in the divisions of pulmonology, critical care, and sleep medicine and pediatric pulmonology. He said that alcohol can worsen restless leg syndrome.

“Food depravation can make symptoms worse,” Monegro added. “We do recommend having a regular food schedule. That’s important. Have some active lifestyle overall, but not necessarily running marathons.”

He also helps patients understand good “sleep hygiene,” such as keeping the bedroom dark and quiet, avoiding caffeine and engaging in a relaxing activity before bedtime.

“Staying up late watching television and having a very erratic sleep schedule worsens restless leg syndrome,” Monegro said. “Do things that are relaxing.”

Sleep specialists may also prescribe medication that increases dopamine or helps calm the nervous system. Monegro hopes people seek help for restless leg syndrome, which he said is really debilitating in some cases.

“We’ve had some good successes where people can function and sleep. And couples who can barely sleep together because one has restless leg syndrome can do so again,” Monegro said.