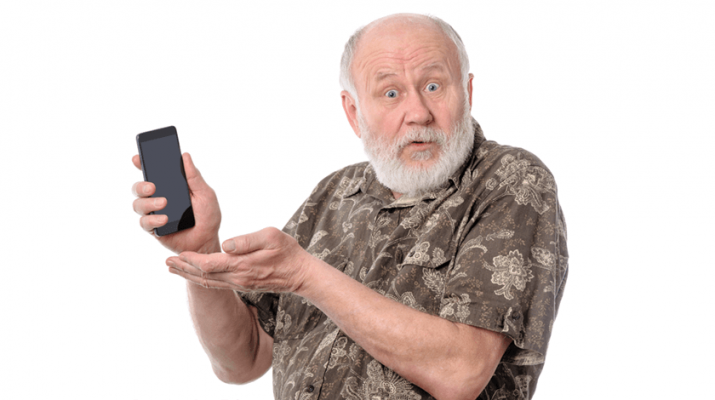 Despite their status as heavier uses of healthcare, older adults are the least likely to use technology to augment their healthcare, according to a recent study led by physician David Levine, a researcher in the division of general internal medicine and primary care at Brigham and Women’s Hospital in Boston.

His researchers looked at how Medicare recipients used technology that relates to healthcare between 2011 and 2014. Many don’t use smartphones or the internet for health, only as tools for communication.

Only 16% looked up health information online. Just 8% ordered prescriptions online and a mere 7% contacted a doctor and 5% handled insurance matters through the internet.

Despite more than 80% of seniors owning smartphones, they’re not using the devices’ “smart” functions — but why?

Physician Raul Vazquez, founder of Greater Buffalo United Accountable Healthcare Network (GBUAHN), said that for some older adults, the complexity of the technology creates a barrier. That’s why his organization is putting together an Alexa Dot offer at a price of about $30. The smart speakers perform tasks based upon voice commands.

“You can teach it skill sets,” he said. “One model we use it in is medical reconciliation. It can tell you you’re due to take your medicine. Building this into Alexa can really engage those patients. If you can talk, you can use it.”

Instead of complicated directions and confusing icons, patients simply say what they need.

“You can say, ‘I need my medication refilled’ and it will trigger a connection to the pharmacy,” Vazquez offered as an example. “The patients with the greatest needs are the ones within that age group.”

“Fear is a big factor,” said Daniel Jones, owner of Daniel Teaches, a Rochester-based business that offers small group and one-on-one technology education for older adults. “Or, they’re afraid they’ll break something or mess it up. The No. 1 factor is the lack of instruction and assistance.”

Many students’ adult children buy them a tablet or smartphone, but never show them how to use it, Jones said. Or they offer a brief tutorial but never let them practice and perfect their skills. While operating their microwave oven, dishwasher and washing machine is second nature, their new technology baffles them because they don’t know more than the basics of its operation and don’t use it often enough to recall how to use more of its functions.

“They say, ‘My son shows me once or twice and the third time, they do it for me,’” Jones said. “The mom feels inadequate and isn’t empowered. They need to see the benefit of how it will help them and really instruct them on it.”

Jones said that the usability of some devices makes their use difficult for older adults. For example, the screen size of smart watches and some phones challenges those with vision and dexterity issues.

For those who want to learn and have adequate help, Jones says anyone can learn technology. He has students as old as 103.