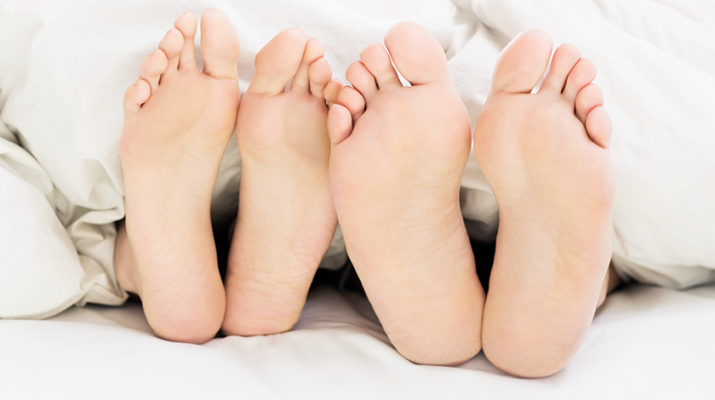 “Nothing should really inhibit them,” said physician Tova Ablove, who practices at UBMD Obstetrics-Gynecology.

She called problems with intimacy as “usually fixable” and that most problems are surmountable, even for women who experience difficulty because of previous vaginal surgeries or anatomic problems.

“Many people remain sexually active well into their 80s and 90s and beyond,” said physician Pebble Kranz, who operates the Rochester Center for Sexual Wellness. “Humans need physical intimacy, touch and pleasure from cradle to grave.”

While they may not experience sex in the same way as when they were younger, many older adults can enjoy their time together.

Vaginal atrophy represents a common issue for older women, as age or lack of use can make intimacy difficult, but taking more time and using an over-the-counter lubrication can remedy the problem.

When physical problems make sex hard, people should talk with a doctor, who may counsel on various physical issues. Medication, for example, can inhibit satisfying intimacy. Doctors can also discuss ways to combat these problems.

“If you feel like you’ve hit a dead end with your primary care doctor, urologist, gynecologist, oncologist or other medical provider, then you may want to seek out the help of a sexual medicine specialist,” Kranz said. “Most medical problems should not get in the way of satisfying sex.

“While one does need to respect one’s physical limitations, there are very few medical issues that get in the way of enjoying some kind of physical intimacy.”

Non-medical issues can create barriers to intimacy, such as sex drive.

“There’s a decrease in desire for some people,” said Tova Ablove of UBMD Obstetrics-Gynecology. “One may want more sex than the other. One is completely done and the other is not done.”

She advises patients to take time with their mate during lovemaking and to keep communicating so it’s mutually enjoyable time together.

Older adults who have lost a spouse through death or divorce may feel finding someone new is daunting, especially for people who had been married for decades.

“Luckily for women, most have their desire fall off,” Ablove said. They say, ‘Do I miss it? Yes. But I’m not staying up at night worrying about it.’”

Older people who are interested in intimacy won’t experience unwanted pregnancy; however, they have same risk of sexually transmitted disease as a sexually active person of any age.

Using condoms provide a measure of protection against many sexually transmitted diseases; however, the only foolproof way to avoid them is to only engage in sex in a mutually monogamous relationship with someone who does not have any infections.

According to “Older Adults and Sexual Health: A Guide for Aging Services Providers,” a study published by ACRIA last year, many older adults are engaging in intimacy. The New York City-based organization promotes HIV research and education. ACRIA is a leading international HIV/AIDS research, education, and prevention organization based in New York City.

Their survey indicates that 75 percent of those between the ages of 57 and 64 state that they’re sexually active. Of those between 65 and 74, more than half engage in sex. Over one-quarter of people 75 to 85 do.

For those over 85, the number drops to 10 percent for women and remains at 25 percent for men, according to data compiled by Dr. David Lee, a researcher from Manchester University’s School of Social Sciences, and professor Josie Tetley, from the English Longitudinal Study of Ageing, which was published in February 2017.

Perhaps indicative of America’s tendency towards ageism and youth obsession, little data exists from American sources on intimacy for people 85-plus.