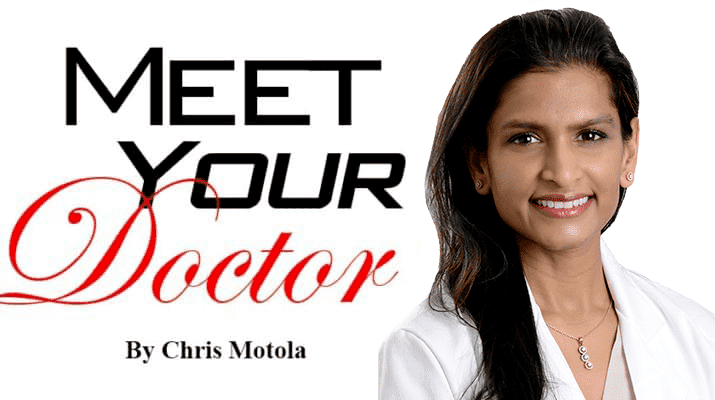 Q: You’re a breast surgeon who deals with both cancer and non-cancer surgeries.

A: Yes, we call it benign and malignant disease of the breast.

Q: What kinds of conditions fall under the benign category?

A: That includes things like abscess, nipple discharges, fibroadenoma.

Q: What are the most common malignant diseases you operate on?

A: For cancer, we see breast cancer that is either early stage or locally advanced. We treat it with a multi-modality approach. There’s surgery, there’s radiation, there’s medications that we use to treat the breast cancer and reduce the chances of it coming back later.

Q: How effective is surgery at treating these conditions?

A: Surgery is very effective. It’s the primary treatment modality for all breast cancers. Sometimes chemo is involved and given first, but surgery is shown to be most effective at dealing with the bulk of a breast cancer tumor. It’s highly effective at curing breast cancer, but standalone it’s generally not sufficient. It’s usually done alongside chemo or radiation, or some kind of medication. Surgery alone generally is not enough.

Q: What stage are breast cancers typically detected at?

A: Typically they’re detected at stage 1, which is the earliest stage cancer can be detected. It can be locally advanced, meaning that it’s progressed from the breast to the lymph nodes, which is still curable. But if it’s progressed beyond the lymph nodes to other organs it becomes stage 4 and no longer curable. But with advanced palliative treatment, even those women are living longer despite having a metastatic breast cancer.

Q: To what degree did the pandemic affect breast screenings?

A: The major impact of the pandemic for us was the delays in screenings because everything was put on pause while the authorities dealt with what to do with the pandemic. So it led to delayed detection of cancer that wasn’t apparent. But the other side of it was that women had complaints of breast cancer; their treatment was delayed either by them not following up in a timely fashion, or because everything was slow because of the pandemic. So that was a dual problem. We had a delay in detection and a delay in beginning treatment.

Q: What do recovery times generally look like for breast surgery?

A: Breast surgery recovery can be anywhere from two days to a month depending on the extent of intervention. Small interventions like taking out small tumors might take two to five days at the most. Anyone having a major reconstruction after having a breast removed? That could be around a month of recovery time.

Q: Are these procedures done minimally invasively or robotically at this point? Or are they mostly open surgeries?

A: It’s more or less open at this point. There are no minimally invasive or robotic methods at this time, but we do use a hidden scar technique. That’s where we place a scar so that it’s not apparent to women. It’s hidden in the arm pit, in the breast line at the bottom of the breast, around the nipple so it’s not as apparent. Women do associate their sexuality and body image with their breast, so having a permanent scar there is very distressing and having it placed in a non aesthetic position can certainly make it worse. That’s another reason we do oncoplasty for these patients, because we’re pretty much rearranging their breast tissue to maintain the contour of their breasts. So we try to achieve the aesthetic outcome they’re looking for despite having breast cancer. So it’s not a continuous reminder every day that they had breast cancer. So in addition to the interventions I do, I work in conjunction with plastic surgeons to do reconstructions, breast reductions at the same time so that there’s not a constant reminder that they went through a procedure with permanent disfigurement.

Q: Under what conditions is reconstructive surgery suggested?

A: All forms of reconstruction are completely the patient’s choice. There’s no scenario where it’s required or strongly recommended. We offer it to all women equally, from my 25-year-old patients to my 85-year-old ones. Of course, you’ll see more 23-year-olds who take you up on it than 70-year-olds. The oldest patient I’ve reconstructed it was 82. I’ve offered it to a patient who was 92. I don’t think there’s an age where I’d stop, but some populations are definitely more interested than others.

A: That’s something I’ve been passionate about for a long time but just haven’t had the time, not that I have the time now. It’s for advocacy, women’s advocacy, physician advocacy, patient advocacy. There’s a medical law group here in town that I work with with my current patients that fights some legal battles for my patients with insurance companies. So that’s something I’m interested in.

Career: Served as a breast surgeon and director of the Breast Center in Central California for several years, before returning home to Western New York