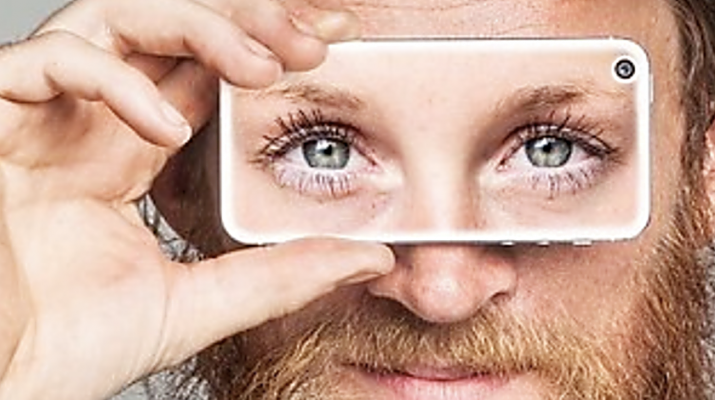 In addition to reading Braille documents, people with visual impairment have many technological choices for accessing written words, from apps and software that read aloud text online to scanners that can read menus, signs and more.

Rachel Colegrove, occupational therapist with Western New York Center for the Visually Impaired in Buffalo, said that many of her clients, especially those in their 20s and 30s, find definite advantage using print-to-speech technology.

“Apps are cheaper and more accessible because the person has it on their phone instead of having another device,” said Colegrove.

Voice-activated devices, e-books and other technology intended for commuters or convenience often work well for people with visual impairment without purchasing specialty devices.

But Colegrove said that people who aren’t tech savvy about smartphones and their apps may find using them challenging.

“A lot of our clientele is older,” Colegrove said. “A younger person who has recently become visually impaired or has grown up with the cell phone is more used to working with phones.”

For Ann K. Parsons, owner of Portal Tutoring in Rochester, the ability to hear information beyond audiobooks — things like menus, signs and postal mail — makes life easier. But access to more books is important, too.

Parsons is visually impaired. When she was growing up, she owned very few books, since she had to either obtain Braille books or obtain a reader to help.

“I’ve spent my whole life hearing books read aloud and now people who are sighted are enjoying them as well,” Parsons said.

Since apps like these are common on smartphones, it makes accessibility ubiquitous.

The number of audio book titles now on CD or stored on thumb drives makes it much easier to get audible materials. But more recent innovations have helped make more written words accessible.

Parsons mentioned Be My Eyes. It’s a free app on the iOS (the Android version is coming) that connects people with sight to those who need help in seeing. Using a real-time video chat, volunteers read whatever is put in front of the screen. Users find it helpful for sorting through cans in the pantry, reading websites that screen readers can’t, or finding a dropped object. The app selects volunteers only during their daytime hours; however, users may use it whenever they would like for as long as they would like at no charge.

Parsons said that KNFB Reader is quite popular on the Android and iOS platforms. Users take a picture with a smartphone and it reads text aloud. Parsons uses that herself, and also uses a traditional reader on her computer that works with a scanner.

Parsons thinks that electronic Braille readers will continue to advance. These readers create Braille text of what’s on the screen by raising and lowering pins electronically.

Chelsea Hale, teacher for the visually impaired and orientation and mobility instructor with the New York State Association for the Educations and Rehabilitation of the Blind and Visually Impaired (NYSAER) in Darien Center, said that JAWS screen reading software is pretty popular.

While technology helps in some ways, it can have its drawbacks. Recent developments in web design feature graphics-heavy sites that require users to scroll down before they find text. Sites designed like this make it more difficult for people to navigate with screen readers. Displaying important information such as phone numbers and names in a graphic usually makes it impossible for a screen reader to relate that information verbally.

National Federation of the Blind states that 2.3 percent of the US population is visually impaired. That amounts to 387,900 New Yorkers. Businesses that make it hard to read text through screen readers miss a sizable market share that will only grow as the baby boomers age and experience age-related vision loss.