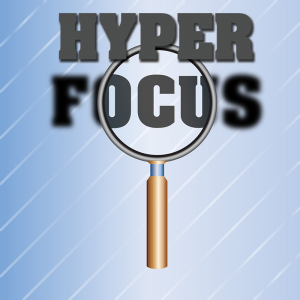 Attention Deficit Hyperactivity Disorder (ADHD) has long been recognized as lifelong, not only a problem for struggling schoolchildren.

As students mature into adults, their career choice may aid them in coping with ADHD and, in the case of those who experience hyperfocus, actually complement their career.

Hyperfocus is a phenomenon in which people with ADHD hone in on a particular activity, issue or topic to the neglect of all else.

For a child, it may be a three-month obsession with dinosaurs. Then, abruptly, the dino-fixation disappears and it’s on to rocket ships or trains or race cars while completely ignoring other themes. For adults, the individual’s hobbies often shift, even after significant investment and intense interest.

How this translates to careers depends upon many factors.

Christopher J. Pino, licensed psychologist in practice in Buffalo, said that making sure that it’s really ADHD is the first step. But after confirming a diagnosis, some people find that medication can help them focus on what’s important.

“Some studies show meditation can be helpful, as is mindfulness,” Pino said.

Some people with ADHD find it difficult to settle on one career, despite extensive talent and a great work ethic.

“It certainly did meet my needs,” Jones said. “I didn’t sit still a lot. It had a lot of variety.”

Years before, staying in one place on an assembly line had proved very difficult. By contrast, when she’s hyperfocused, she can sit for hours doing one activity. The difference is that when she’s doing something engaging to her, she can easily lose track of time.

“Know what your interest is,” Jones advises other adults with ADHD. “If you have an interest in something, you can stay focused with it for a longer period of time. Avoid a job where you’re doing the same thing repetitively for eight hours. You need more short-term gratification.”

While she doesn’t completely object to medication for people with ADHD, she encourages learning coping mechanisms to reduce dependence on prescriptions.

“I don’t think it’s one of those things that you’re paralyzed for life,” she said.

When it comes to relationships, people with ADHD can hyperfocus on a new love interest so intensely that when they lose interest and move on to someone else in mere months, the people they leave behind can feel deeply hurt.

Since people enter marriage relationships with the expectation of staying together, the attention defection can cause serious problems. The person with ADHD must mature enough to commit long-term and seek novelty in other areas instead of a new spouse.

Matthews-Rutkowski said that both partners can find it helpful to visit a marriage counselor who is also trained in treating clients with ADHD.

“The most important thing to do is to help them realize they can take control of how they behave and think,” she said. “It’s about resetting patterns and habits.

“It doesn’t has to be a disability, but you have to understand the mind of the person you’re married to. One thing you can do is have appropriate boundaries where you don’t have people feel sad about others but realize it’s a two-person commitment.”

The non-ADHD spouse must realize that it’s not spite that drives the ADHD spouse to leave cupboard doors open, forget tasks or spend numerous hours and dollars on a hobby only to walk away from it after a few weeks. The spouse must learn to “be tolerant, not enabling,” Matthews-Rutkowski said. “Have balance. Understand what the issue is and create your life around that understanding so no one feels inferior or judged or rejected.”