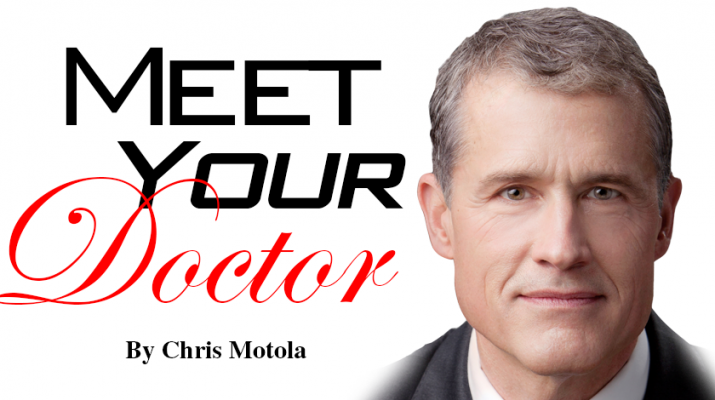 Features Meet Your Doctor Top Features
May 1, 2017
Posted By: admin

Top doctor at Independent Health on medical reimbursement, consolidation of practices, the role of primary care and why concierge medicine doesn’t provide the benefit that a high-performing practice does 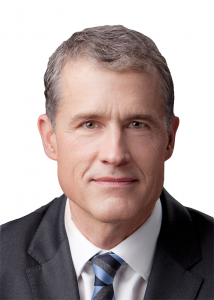 A: I’m currently the chief medical officer at Independent Health. I oversee a number of things. I oversee our healthcare services department, which reviews medical policy, appropriateness of care. It also includes our case management department. These are individuals who work very closely with complex patients either residing in the community or transitioning from the hospital. They make sure all those transitions go smoothly. The other area I oversee is our pharmacy department. That also involves overview of policy, approval of new drugs, creation of our formulary. The pharmacy department also has case managers who outreach to individuals who are on multiple courses of medication. So we’ll try to make sure they aren’t on medications that conflict or react in adverse ways. The other area I oversee is our medical directors, who support both of those other sides. I also work with the physician community to help with delivery of care. Specifically, we’re working with the primary care community to transform how they do care within their office and between offices. So I’ve been spearheading that effort.

Q: Tell us about the testimony you gave to Congress a few years ago.

A: I was invited to speak to the House Subcommittee on Energy and Commerce. They were debating whether to make major changes to how Medicare reimburses physicians. They wanted to move away from the fee-for-service model toward one that pays for value. So I gave testimony as to how Independent Health in particular spearheaded some very successful programs that rewarded quality, lower costs and better outcomes. Subsequent to those meetings, Congress voted in a bipartisan way — rare these days — to support a new program for Medicare payments that went into effect April 2016. It maps out an entirely different form for Medicare payments and physicians for the next 10 years. So the testimony figured in their comfort with the idea that you could accurately measure and track quality, and the idea that physicians would respond to it in a proactive way. It was a really interesting opportunity. A lot of what we had talked about and had been working on made its way into the legislation.

Q: So is it similar to the changes that are in the ACA with regard to reimbursement?

A: Yes. The general and more global idea is a move toward value-based payments. Private insurers, especially regional ones like us, have been working on those models for quite some time, which is why we were called on to testify. The government wanted to catch up with what experimenters had been playing around with volunteering providers.

Q: What, in general, do you see as the role of private insurance in shaping policy?

A: Health plans have had a history of being innovative, especially a plan like ours that has strong ties to its communities. Local physicians actually had a lot of input into the design of the plans, so it’s more of a bottom-up than top-down approach. It’s a combination of what we agree to prioritize and we feel we can be most effective in enacting. There’s a lot you can do with payments. The federal government looks to plans like ours because they have to make plans that work across all geographies and communities, which is a much more daunting task. It helps them to have an idea of what works and doesn’t work from smaller operations.

Q: Does this tend to lead toward consolidation of practices?

A: The movement toward alternative payment carries certain burdens. Tracking responsibilities, delegation of work within practices. That can be quite burdensome. What we’re finding though is that when these consolidations occur, the result isn’t what you’d expect. They have difficulty improving quality and tend to inflate cost. As consolidations occur through employment contracts, we’re finding it’s kind of a cobbled together network where physicians who are paid by salary are actually kind of removed from the goals of the payment model. We’re a strong proponent of independent practice and are trying to make it easier for physicians to maintain private practices. There are advantages to keeping hospitals and specialists downstream, because we can provide primary care physicians information about quality of care, outcomes and costs associated with them. It keeps the downstream entities competitive and incentivized to improve. Consolidated systems seem to be struggling with this as more data becomes available.

Q: What is concierge care?

A: Concierge medicine is an offshoot to primary care. It’s a niche that hasn’t really grown much. It requires members to make a large annual retainer fee for a one-to-one relationship with a physician. It’s a way for a practicing physician to decrease their patient panel. It’s not a scalable model since very few people can afford it. It exacerbates economic disparity issues. The second issue is that it doesn’t provide the benefit that a high-performing practice can. The benefit of the model we’re promoting is primary care-led, but it’s a team approach with nurses and pharmacists and therapists. As patients get increasingly complex, a team with a lot of core competencies can be a much more robust model than concierge care, which might look attractive to physicians on the surface.

Name: Thomas James Foels, M.D.
Position: Chief medical officer at Independent Health
Hometown: Buffalo, NY
Education: Tulane University (master’s degree in medical management); University of Rochester (medical degree); Canisius College (bachelor’s degree). Completed his residency program in pediatrics at Children’s Hospital of Buffalo
Career: Joined Independent Health in 1994. Was previously in private practice as a pediatrician, and founded Western New York’s two largest pediatric group practices: Williamsville Pediatric Center and Tonawanda Pediatrics
Highlight: In 2013, was invited to provide testimony at a hearing of the U.S. House of Representatives’ Subcommittee on Health in Washington, D.C. to discuss reforms to the Medicare physician payment system. Several of the points discussed were later incorporated into legislation.
Organizations: Serves on the board of directors for the Alliance of Community Health Plans (ACHP) where he is the co-chairmen for the Chief Medical Officers national forum. Serves on the national board of directors at the American Cancer Society (Eastern Division), and Evergreen Health Services of WNY (formerly AIDS Community Services of WNY). Also serves on the medical advisory committee for the American Diabetes Association, was co-chairman of the WNY Chapter of the Juvenile Diabetes Research Foundation’s Walk to Cure Diabetes, and is a board member at Asthma Partnership of New York
Family: Married, one daughter, one granddaughter
Hobbies: Cycling, running marathons