The Affordable Care Act of 2010 has survived more than 60 attempts to repeal it. Twelve years later, a record 35 million people (one in 10 of us) will receive health insurance via discounted commercial insurance on an exchange or expanded Medicaid eligibility. The uninsured rate is 8.8% or about 29 million. Most of the uninsured are younger adults electing not to be covered, lower income people living in states that did not accept Medicaid expansion and people who lost employer-based coverage. The increase from last year’s 31 million to a record 35 million covered this year is due partly to increased income eligibility for discounted insurance on the exchange and additional states (Oklahoma and Missouri) opting for expanded Medicaid.

According to health officials, we have transitioned from a COVID-19 pandemic to a COVID-19 epidemic, despite continuing related deaths and seemingly a new variant every week. On May 5, we surpassed a grim milestone: more than one million Americans have now died from COVID-19. There have been, reportedly, 15 million deaths worldwide, but experts are skeptical of numbers from autocracies like Russia, China, North Korea, etc. Early on, several epidemiologists and public health officials were scoffed at for their dire predictions of a million deaths if COVID-19 was not taken seriously and managed effectively. Another wave of infections is predicted for this summer, so we are urged to exercise caution.

The OIG is constantly on the alert for fraud. Most of their investigations originate from tips from consumers or honest medical professionals. Every month, millions of Medicare dollars are recovered from fraudsters. OIG has issued a warning concerning COVID-19 scams whereby individuals offer free testing sites, free at home tests, free supplies etc. through telemarketing calls, texts, social media platforms and door-to-door visits. The scammers are trolling for your personal information and Medicare information. In the continuing saga of opioid fraud, in April the OIG convicted 14 defendants from Alabama, Florida, Kentucky, Ohio, Tennessee, New Jersey and West Virginia of illegally prescribing more than seven million pills resulting in more than $7 million in losses to Medicare. Not to be outdone, a physician in California was recently convicted of defrauding Medicare of $12 million. The physician recruited Medicare patients and then performed medically unnecessary vein ablation procedures. He then upcoded (over charged) Medicare. To cap it off, he repackaged and reused single use disposable catheters.

Last month’s (now prescient) column addressed the justification for hospital mergers. I did not anticipate the recently announced potential merger of SUNY Upstate Medical University Hospital with Crouse Health in Syracuse. If approved by the NYS Department of Health, it will be a merger of public and private organizations. Upstate acquired the former Community General hospital in 2011. Both Crouse and Community General were under financial duress. The Upstate/Community/ Crouse hospital and health system will be the dominant provider in Central New York with approximately 1,200 beds. This matches multi-hospital systems in Buffalo (Catholic), Rochester (Strong and Rochester Regional), Utica (Mohawk Valley Network) and Albany (Albany Medical). Multi-hospital systems are more successful at attracting and retaining quality physicians and ancillary professionals and in many cases can be credited with saving smaller rural hospitals near closure. Hospital systems, covering large geographic areas with hundreds of physicians in virtually all specialties, are better positioned to form comprehensive all-inclusive health systems capable of accepting capitation and or value-based payments from insurers.

Pharmacy Benefit Managers purportedly negotiate drug prices on behalf of insurance plans and self-insured businesses. Their effectiveness is questionable. The Senate Commerce Committee has conducted hearings on their role in the pharmaceutical marketplace and rapidly rising drug prices. Based on complaints from insurers, consumers and providers: PBMs lack transparency; there is very little competition; and there are potential conflicts of interest or collusion.

Are they working for the drug manufacturer or the client? Prior to negotiating, a drug manufacturer could mark up the price then agree to a “discount” to the PBM. The client is then presented with a list of “savings” from which the PBM generates its fee. Retail pharmacies have complained about direct and indirect remuneration (DIR) fees paid to the PBM whenever the pharmacy fills a prescription for a PBM negotiated drug. The PBM industry has aggressively fought reform.

If PBMs can negotiate drug prices, why isn’t Medicare? 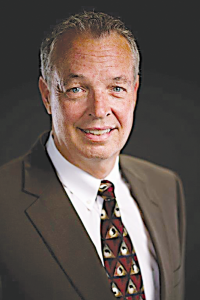