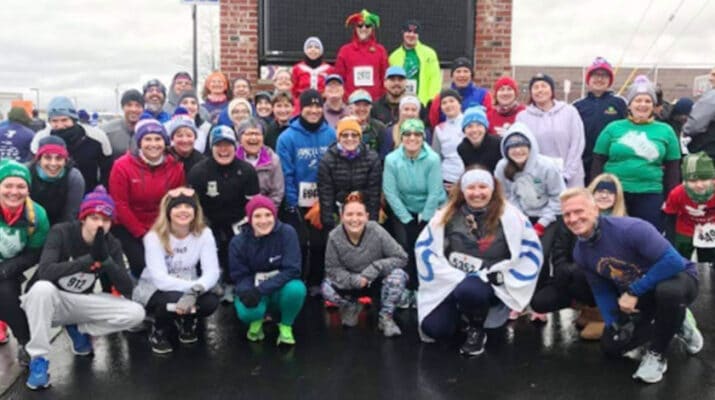 Race will be virtual except for 125 runners randomly selected to run in person. Event usually draws more than 14,000 runners 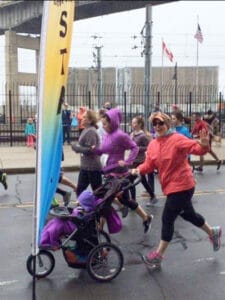 For many people in Western New York, Thanksgiving officially kicks off at the start line on Delaware Avenue where runners stand shoulder to shoulder before taking an 8K journey through Buffalo.

This year, the YMCA Turkey Trot takes on a new look amid a global pandemic.

To adhere to social distancing guidelines and keep participants safe, the race will take place virtually — with one exception. In honor of the race’s 125th anniversary, 125 runners have been randomly selected to run the event in person.

Mario Hicks, the vice president of financial development for the YMCA of Buffalo Niagara and race lead, said the race committee has been working closely with the city of Buffalo to organize a significantly scaled-down event this Thanksgiving.

The 125 runners who hit the course this year will start in waves of 15 people or fewer with less fanfare and additional safety precautions. More than 14,000 runners from around the world usually gather for the YMCA Turkey Trot each year. It is the largest and only annual fundraiser for the YMCA of Buffalo Niagara, an organization that provides essential services like childcare and food services.

“Our focus is on the well-being of our runners and protecting the route. We want to keep everyone safe while keeping the streets alive,” Hicks said.

Selected participants were chosen at random from a pool of people who opted in to the live event lottery when they registered for the virtual event. To be eligible, runners had to be at least 18 years old, live in one of the eight counties of Western New York, and register by Sept. 25. They will also have to raise $1,000 for the YMCA by Nov. 1 and run the event in under 60 minutes.

For runners like Jessica Martinez of Tonawanda, these requirements are a small price to pay to participate in a cherished Thanksgiving Day tradition. For the past five years, she has toed the line at the annual YMCA Turkey Trot in sunshine, snow and everything in between. She loves shouting along with the crowds as she passes by the bridge near Denny’s and high-fiving the firemen as a flag waves proudly from Delaware Avenue and Allen Street.

“It’s just what you do on Thanksgiving. My year is not complete without the trot,” Martinez said.

When Martinez learned about the virtual and live events, she knew she needed to support the YMCA. She signed up for the virtual event with her daughter Isabel and took a chance on the live lottery. She later found herself elated when she received an email congratulating her for getting into the race.

She immediately accepted her spot and spread the word about fundraising on Facebook. By the end of her shift, she already reached 85% of her goal. Shortly after, she hit $1,000 and set to work helping others reach their fundraising goal.

The virtual race will take place Nov. 26 – 29, giving walkers and runners more time to complete the race and the chance to break up the 8K distance any way they choose. The race committee has worked hard to mirror the excitement and fanfare digitally for those doing the virtual event. Despite the new structure, Hicks is hoping to keep the sense of community alive.

Participants can virtually run the Turkey Trot course from anywhere by downloading the RaceJoy app. The platform allows users to follow the course on a virtual map as they run their own route. Plus, it gives people the chance to connect and share their accomplishment with others. Hicks said that so far, this has gotten people from around the world to sign up. Participants from Canada and England still plan to run the event virtually, and one local woman said she plans to send her YMCA Turkey Trot shirt to her son in Japan, according to Hicks.

“The Turkey Trot is a Western New York tradition. People come from all over the country to participate,” Hicks said. “This event is ingrained in our community.”

The annual costume contest will be hosted on Facebook, Instagram, and Twitter using #TurkeyTrot125. As a new addition this year, there will also be a contest for the best Thanksgiving dish and side dish using the same hashtag.

Martinez’s 7-year-old daughter Isabel will be putting in the miles prior to the event to keep the tradition going, support the YMCA, and earn her shirt.

“It’s Buffalo, so there’s a level of camaraderie when you see people in the Trot shirt. It doesn’t matter if they’re a serious, elite runner or just someone who does it every year. You see them and you bond over Buffalo,” Martinez said. “Isabel knows she needs to earn that shirt.”

Participants for both the live and virtual event will receive the signature Turkey Trot t-shirt, bib, and a branded mask. Those who registered prior to Oct. 8 will also receive a commemorative race medal.

Photo: Group of participants in the 2019 Turkey Trot.