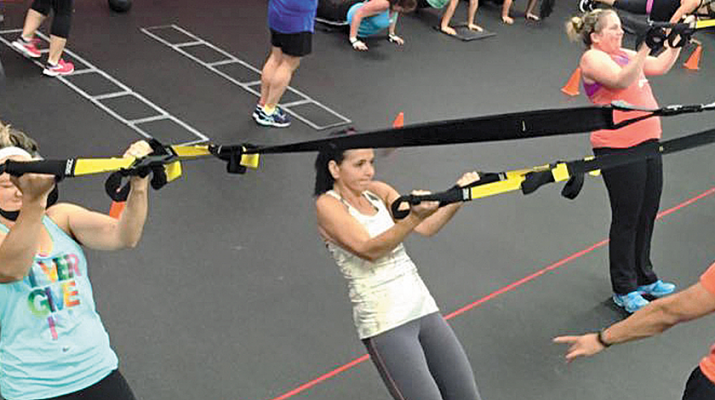 Millions of Americans want to lose weight, but the road to one’s fitness goals is a challenging one.

Schedules fill up, fatty cravings grow harder to ignore and some days it’s difficult to muster the energy for a solid workout.

For decades, the answer to these and other dieting difficulties was a simple one — willpower.

But dieters are increasingly relying on another, arguably stronger incentive to hit the gym and resist the grease — their pocketbooks.

Over the past several years, there have sprung a new crop of websites and mobile applications that allow users to place cash bets on their weight loss success. The rules and payout scales vary greatly depending on the site, app or program chosen, but most follow the same basic tenets.

The dieter pays in a certain amount at the start of a “challenge” that may last anywhere from a few weeks to a year. The dieter must then also provide a verifiable weigh-in — usually via picture — at the start of the program.

At DietBet.com, the payouts are typically 150 to 200 percent of the initial bet for those who can drop either 4 percent of their body weight in four weeks or 10 percent over six months.

“Diet betting is a promising new approach to the treatment of obesity,” said Tricia Leahey, a professor at Brown Medical School’s Weight Control and Diabetes Research Center. “Putting money on the line boosts commitment and increases the chances of weight loss success.”

But this cash-as-a-fitness-incentive approach can have a much broader range of applications than merely betting on the results of one’s diet.

For every pound the client loses, he or she receives $10 off future membership costs.

“You come in for 14 days, and every pound you lose, I give you $10 for your continued transformation with us,” said Trevor Buccieri, founder and CEO of Body and Soul Transformations. “My confidence is that you’re going to have goals further and beyond, and hopefully we will have earned that right to your business.”

For the cost, Body and Soul offers new clients four days per week of group workouts that are intended to target muscles throughout the body and stimulate weight-loss long after the exercise is over. They also receive customary meal plans, designed specifically with the client’s body and goals in mind.

“Our program designer is fantastic, and it’s basically designed for the highest amount of weight loss in the shortest amount of time,” Buccieri said. “We engage the entire body every single workout. We call it the afterburner effect.”

Buccieri says he began the cash-per-pound discount about three years ago, after learning that in oil-rich Dubai, residents are paid in gold to keep healthy. He added that he does not know of any gyms that use cash incentives the way he does.

“I would like to think it’s unique. It’s not something I really researched,” Buccieri said. “Many times other businesses will look at it like, ‘How do you make money? It doesn’t make sense.’”

The results touted by both companies suggest adding a cash incentive may be more likely to lead to dietary success.

One client, Crysta Swiatek of Blasdell, credited Body and Soul’s discount-per-pound model and communal atmosphere with helping her lose eight pounds in just a few weeks.

“Putting that kind of money down — and knowing you’ll get a discount for every pound you lose — really helps motivate your decisions when it comes to dieting and working out,” she said.

While company-touted results might seem dubious, it’s harder to dispute the success Buccieri has had with his Body and Soul model.

In less than seven years, Body and Soul has expanded to four locations in Western New York.

“We are in the process of expanding to a national model. The mission of the company is to transform lives and to basically do that on a national level,” he said. “We have a mission to reach a million people and 10 million pounds.”