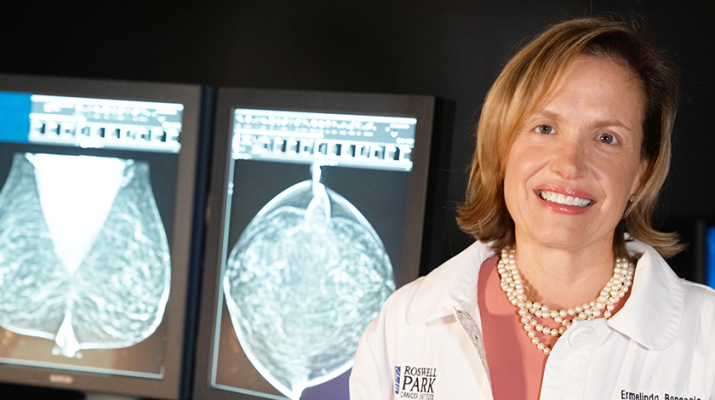 Even though there has been a gradual reduction in breast cancer incidents rates among women 50 years of age and older, the statistics are still staggering. Breast cancer remains the most commonly diagnosed cancer among women with one in eight in the United States being diagnosed, according to the National Cancer Institute. The World Health Organization stated the disease claims the lives of hundreds of thousands of women each year with one woman dying every 13 minutes just in the United States. It is the reason many physicians are passionate about this topic.

1  Get a mammogram starting at age 40

There have been various arguments saying that women can wait later in life to have a mammogram, even until age 50. Yet the evidence also shows that because early detection is key, it might not be wise to wait this long.

“All the organizations that have reviewed the data from multiple studies agree that we save the most lives if women get a mammogram starting at age 40,” said Bonaccio. “If you have a mammogram every year, we are more likely to find a cancer when it is small and a woman is more likely to be cured. Organizations that have recommended starting at an older age or only having a mammogram every other year are trying to reduce the risk of having a false-positive mammogram. However, the approach that saves the most lives is annual screening mammography beginning at age 40.”

2  Most mammography appointments are free

Because it is considered a preventive measure, major health insurance companies cover the majority of annual breast care examinations. It is considered a wellness visit and many times there is not even a co-pay for the appointment.

“We even have a program in New York state that helps women who are uninsured or underinsured so that they don’t have to pay for screening mammography,” added Bonaccio. “At Roswell, we will help facilitate that.”

3  You can pick where you go for your appointment

Options are important with anything in life, especially when it comes to your health care choices. People are connected to their physicians or locations of treatments. It was one of the key debates with the Affordable Care Act when people wondered if they would be able to keep their physicians under the new plan. When it comes to mammogram appointments, the choice is yours where you want to go. You can pick the hospital or clinic that has physicians who have the most expertise, or award-winning service or simply the friendliest receptionists, all keys to providing a comforting environment before the exam.

“Environment and comfort level is key for any exam,” said Bonaccio. “Most people don’t get excited about their yearly mammograms. They sometimes get scared, but know they must do it and it is important. That’s another reason being able to pick where you want to go is so essential. You are not being forced to only go someplace that is close.”

4  Mammograms are not comfortable but not painful either

Women know that it isn’t relaxing to have your breast compressed so that a technician can scan the tissue. However, it is necessary to make sure that a thorough exam has been done.

“Mammograms are not time-consuming, but we understand that it isn’t always pleasant,” she said. “But we want women to know that this process is important to make sure that they are able to detect a cancer as early as possible.”
Bonaccio suggest that if an exam was painful that they talk to the technician about adjustments that can be made immediately or for future visits.

5  The technology is getting advanced.

The dawning of tomosynthesis or 3-D mammography has revolutionized mammogram exams. Instead of only seeing two-dimensional images, now the images are sliced into three-dimensional panels, which allow physicians to take a more detailed look at the tissue. The new technology increases the ability to find cancers by preventing normal glandular tissue from hiding. It also allows for less repeated visits after an exam.

“It wasn’t that long ago that you would have a test and sometimes it could take a little longer because they would have to keep taking more pictures to get a better view. About 10 percent of the time, patients are called back for additional mammographic views of an area that looks abnormal on their mammogram,” said Bonaccio. “Sometimes they would call people back for additional tests and that can be very worrisome waiting to come back. With 3-D imaging, it really has eliminated those causes and you get improved scans so we can truly see if there are any issues. It has significantly decreased any false positives.”

6 Family history is one factor but not the only.

Family history plays a key role in any medical issue. That is one of the reasons why many hospitals have set up genetic counseling and testing in key health areas including mammography. Women at increased risk for breast cancer may need to start screening earlier or have additional test every year. However, it is not the only factor that could lead to breast cancer. Your own medical history impacts your future more.