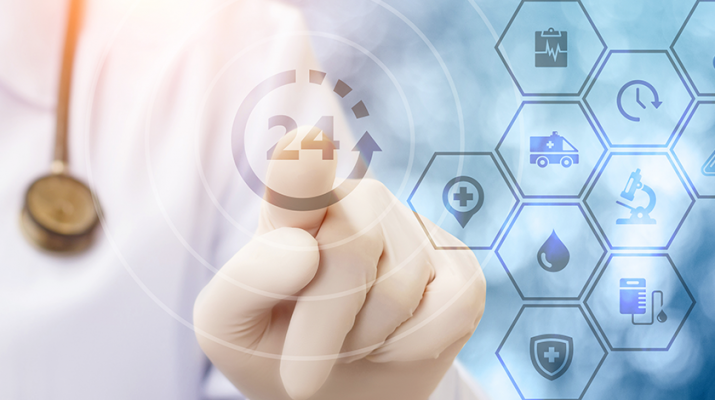 The State of Healthcare in the US: Where We Stand Going into 2018

Everyone agrees it is just too expensive. We spend much more per capita on healthcare (about $10,500) than any other developed country in the world. Healthcare is now 19 percent of our GDP and costs are rising faster than our economy grows. The federal budget is about $3.65 trillion. Healthcare accounts for the biggest chunk of the federal budget at 28 percent or $1.022 trillion. To put that into perspective, pensions account for 25 percent; defense, 21 percent; welfare 9, percent; interest on debt, 7 percent; education, 3 percent; protection, 2 percent; transportation 2 percent and other 2 percent miscellaneous; and finally general government, 1 percent. Premiums for 2018 are hard to project because of the uncertainly in the market created by the White House. The actual cost for care will increase around 12 percent due to factors like medical inflation, aging and morbidity adjustments, and the ACA tax to cover the medically indigent. Experts warn that the conflation of terminating the individual mandate (everyone buys insurance), terminating the subsidies for the indigent (who buys insurance on the exchanges), and just general uncertainty over what Washington is doing could cause rates to jump another 17 percent.

2. Coverage or Who Pays

Almost half of all Americans, 156.8 million people or 49 percent, are covered by their employer. On average, employers pay for about two thirds of the employee’s premium. The other half is covered by some sort of government program. 64 million people, or 20 percent of us, are covered by Medicaid. Medicare covers 44.8 million seniors or 14 percent of us. 22.4 million or 7 percent of us are covered by non-employer groups. The 7 million people who purchase individual coverage on the exchanges are part of this group. The VA and federal employment cover 6.4 million or 2 percent of Americans. The remaining 26.6 million of us (or 8 percent) are still uninsured. If the federal government follows through on cutting the subsidies on the exchanges, most likely the uninsured rate will climb.

Our costs are high mainly because of prices, (particularly for drugs and implantable devices), administration, inefficiently delivered and unnecessary services, fraud and emphasis on treatment versus prevention. All told, it is estimated that the above “culprits” cost us around $765 billion per year. Ironically, a contributing culprit could be we don’t see/use our physicians enough. We average 4.1 doctor visits a year. People in developed countries with far lower costs and better health status see doctors more often: Australia, 6.7 times a year; Canada, 7.4; France, 6.8; Germany, 9.7; and the U.K., five visits a year. Our high deductible plans may be keeping us from seeing the doctor when we should. Drugs developed in the US are cheaper in most other countries. For example, in 2015 the heartburn medication Nexium sold in the US for about $215. It was $60 in Switzerland, $58 in Spain, $42 in England and $23 in the Netherlands.

Most people believe the insurance companies are making the big money. Highly publicized CEO salaries and the president threatening to “cut the subsidies to greedy insurance companies” may contribute to this belief. The average profit margin for insurance companies is 3.2 percent. The ACA actually capped how much of the premium an insurer could retain for operations at 15 percent. If an insurer spent only 80 percent on claims, retaining 20 percent, they had to refund 5 percent of the premium to consumers. The 15 percent covers marketing, reserves, administration and profit. So, after covering their operating expenses, the average profit was just 3.2 percent for insurance companies. The average profit margin for drug manufacturers is 20.8 percent; medical instruments and supply companies average 12.5 percent; medical appliance and equipment sellers average 9.5 percent. Hospitals average 3.7 percent. While profits are quite healthy for the drug and manufacturing companies, medical debt is the No. 1 for personal bankruptcies for people with insurance and without insurance. 62 percent of filings for personal bankruptcy are due to medical bills. Job loss, excess credit, divorce and unexpected expenses round out the top 5 reasons for personal bankruptcy.

Ever since comparisons have been made, our healthcare system pales when compared to other developed countries. Based on a variety of measurable and accepted factors, the highly reputable World Health Organization ranks the US No. 37. Ahead of us are countries like France, Italy, Spain, Japan, the U.K., Germany, Canada, Australia, Greece, Norway, Ireland and Sweden. The Commonwealth Fund compared 11 countries on things like: prevention, safety, coordination, accessibility, affordability, timeliness, administrative efficiency, equity throughout all income levels and nine measures of healthcare outcomes or status. We came in dead last behind No. 1 U.K., No. 2 Australia, No. 3 Netherlands, No. 4 New Zealand, No. 5 Norway, No. 6 Sweden, No. 7 Switzerland, No. 8 Germany, No. 9 Canada and No. 10 France.

There are about 5,500 hospitals in the US with almost 900,000 staffed beds admitting 35 million of us per year. 80 percent of hospitals are nonprofit. In NYS, all 195 hospitals are nonprofit. 1,800 hospitals are located in rural communities and they are the most vulnerable financially in an increasingly competitive and volatile market. Hospital consolidation, through mergers and acquisitions will save many of the at-risk rural and smaller suburban hospitals. The Accountable Care Act was the catalyst for increased merger and acquisition activity, encouraging larger, integrated, comprehensive and more efficient delivery systems. It will very be rare in the near future to find an independent stand-alone hospital. Most will become cogs in a huge clinical wheel. The FTC is keeping a wary eye on hospital consolidation. So far, consolidation has saved some failing hospitals and improved recruitment of physicians but it has not resulted in lower prices for consumers. If consolidation ultimately results in a virtual monopoly that won’t negotiate price with insurers, the FTC will step in and break it up.

More than half of all active physicians are now employed by a hospital or healthcare system. As the business side of medicine becomes more regulated, confusing and complicated, the trend away from the hassle of private practice will continue. Depending on your source, the number of active physicians varies significantly. According to the Kaiser Family Foundation, there are about 923,000 professionally active physicians. According to the Association of American Medical Colleges, there are about 861,000. Dire predictions of a severe shortage of physicians seem to highly exaggerated. If you split the above difference in the number of active physicians and call it 900,000, that would be about one physician per 360 of us. (US population: about 323,000,000). About half the active physicians are in primary care. That would still be just 720 of us per primary care physician which seems more than manageable despite our aging population. Some of these self-serving predictions fail to account for or minimize the impact of 88,000 physician assistants, 160,000 nurse practitioners, technology, telemedicine and increased consumer involvement in our care.

The average life expectancy in the US is 79 years. 75 percent of all deaths can be attributed to just 10 causes. Heart disease is the No. 1 killer at 23 percent of all deaths. Cancer is No. 2, causing 23 percent of all deaths. Chronic lower respiratory disease (COPD) is No. 3 causing 5.6 percent of all deaths. The rest are: No. 4, accidents; No., 5 strokes; No. 6, Alzheimer’s; No. 7, diabetes; No. 8, flu and pneumonia; No. 9, kidney disease; and No. 10, suicide. Moving quickly up the top killer list is overdose from opioid/heroine. 140 people a day or 51,000 a year die from overdosing on oxycodone, fentanyl, codeine, hydrocodone, etc. Once the prescription expires, addicts turn to cheaper heroine.