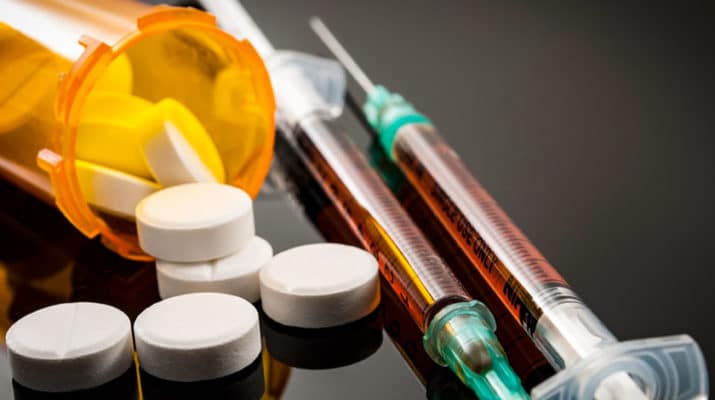 Between 2018 and 2019, death because of drug overdose in New York has decreased by 4.6%, from 2,386 to 2,276, according to the most recent, non-finalized statistics from the Centers for Disease Control and Prevention; however, any death from drug overdose is one too many.

While prompt medical attention can sometimes reduce the chances of fatality from use of opioids and other substances, that medical care doesn’t always happen, especially when young people are involved.

Fear of their parents’ response or legal repercussions may cause teens and young adults to not seek medical help in some cases. Some may hope their friend will sleep off the effects or fear that by helping, they will reveal to their parents their drug use.

“Hopefully, parents will be supportive of their children who are struggling with any type of substance use disorder,” said Gale R. Burstein, commissioner of health at the Erie County Department of Health. “It’s a chronic disease of the brain. There are changes in the brain where individuals cannot control their using despite knowledge that it will cause them harm. There are new pathways established in the brain.”

Some may fear their parents’ response over their friend’s possible death in part because of previous experience with run-ins with their parents. Parents can help reduce this effect by responding in a more measured fashion when their children break the rules.

Good Samaritan laws protect both the patient and the person who sought medical attention.  A study in Washington State indicates that 88% of people surveyed who use opioids would feel more likely to call 911 in case of an overdose because of the law.

Most teens feel invincible, as if terrible things won’t happen to them or their friends such as dying from a drug overdose. Doing nothing seems like the right answer to some teens since it’s really difficult for them to believe that another young person could die.

Some teens don’t recognize the signs of when a friend is in trouble with substance abuse and in need of emergency help.

Joshua Lynch, clinical assistant professor of emergency medicine and a physician with UBMD Emergency Medicine and a member of the Erie County Opiate Epidemic Task Force, is the founder of Buffalo MATTERS, a program that provides medication-assisted treatment to opioid use disorder patients.

• Meth and Cocaine — can be alert, awake, and excited; may experience injuries or heart attacks while on the drugs.

• Opioids — pinpoint pupils, nodding off to sleep while sitting up, unconscious.

“If you suspect overdose from opioids like Vicodin, heroin or Fentanyl give the patient Narcan (naloxone) and call 911,” Lynch said.

Narcan is available over-the-counter at pharmacies and will not harm people who are misdiagnosed as overdosing on opioids; however, patients who have taken other drugs may need different treatment.  Lynch warned, “having someone take Narcan and waiting for them to wake up isn’t a substitute for calling 911.”

According to the Centers for Disease Control and Prevention’s most recent statistics: