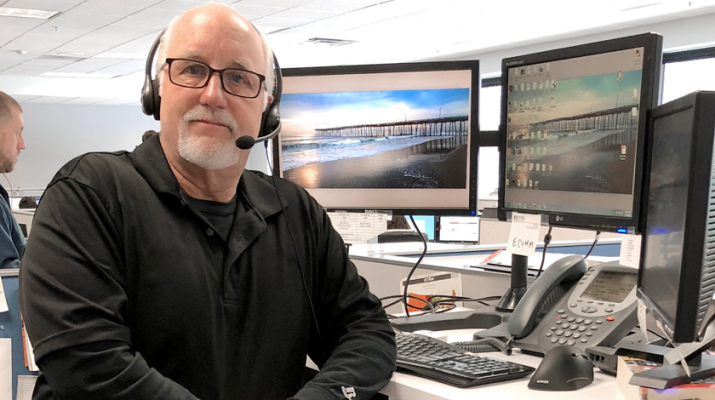 New research from the Mayo Clinic finds that opting for a stand-sit workstation can help to burn calories and lose weight over the long term.

Studies have reported that on average, adults in the United States sit for at least seven hours a day.

The study, which was published in the European Journal of Preventive Cardiology, examined whether standing versus sitting for six hours a day burned more calories. Researchers discovered that standing burned 0.15 calories per minute more than sitting. According to the Mayo Clinic, chronic, long-term sitting can lead to obesity, increased blood pressure, high blood sugar, abnormal cholesterol levels, the risk of cardiovascular disease and cancer.

“Sitting is the new smoking” is a phrase coined by James Levine of the Mayo Clinic’s Division of Endocrinology, Diabetes, Metabolism, and Nutrition. He has been studying the harmful effects caused by too much sitting through research funded by the National Institute of Health, and developed the science of non-exercise activity thermogenesis, which represents components of human daily energy expenditure and how they correlate to physical fitness and obesity.

Standing all day is not a recommended solution and can cause harmful effects, but by reducing sitting time with standing has been shown to increase long-term health.

I put in a request myself at work, Brady Corporation in Williamsville, where I answer calls and sit at a desk. A car accident I was in two years ago resulted in chronic pain whether I’m sitting or standing, and my chiropractor, Elizabeth Lyons of Amherst Chiropractic, recommended I might try a standing desk to alleviate some of those symptoms.

“Being able to stand for periods of time during the work day allows for lengthening of muscles, better circulation and improved nerve flow,” Lyons said. “When our bodies sit for a long time, muscles and joints fatigue due to lack of stretching, and lower back spinal discs have increased compression. This can cause pressure on the nerves and overall circulation is slowed.”

With my new desk, I can switch back and forth throughout the day, and with more motion and variation it helps manage those painful symptoms. My coworker, Thomas Stevens, 63, inside sales representative, uses a standing desk he initially requested due to shoulder problems that developed. Now, a year since getting his desk, the benefits have been better overall health and quality of life.

“I try to split it up evenly — an hour up and an hour down — basement to penthouse,” Stevens said about a typical eight-hour shift. “It’s a great option to have during the work day. It helps your stress levels and it’s refreshing to stand up and stretch. Many co-workers are in their 20s. I hope they can see the advantages of these desks. Employers need to see the rewards they will get.”

To stay healthy, Stevens weight trains at the gym three days a week and takes frequent walks with his dog. “I try to stay active to make up for this sedentary job,” he said.

More research on the effects of a sit-stand workstation was published in the scientific journal Human Factors titled, “Effect of Standing or Walking at a Workstation on Cognitive Function.”

“Research indicates that sit-stand workstations may be a viable solution to reducing the incidence of obesity and chronic health conditions in an increasing sedentary workplace,” the article stated. “Sit-stand workstations have been shown to reduce musculoskeletal complaints, improve the overall mood of workers, promote faster metabolism of blood glucose following a meal, and lead to greater movement in the workplace.”