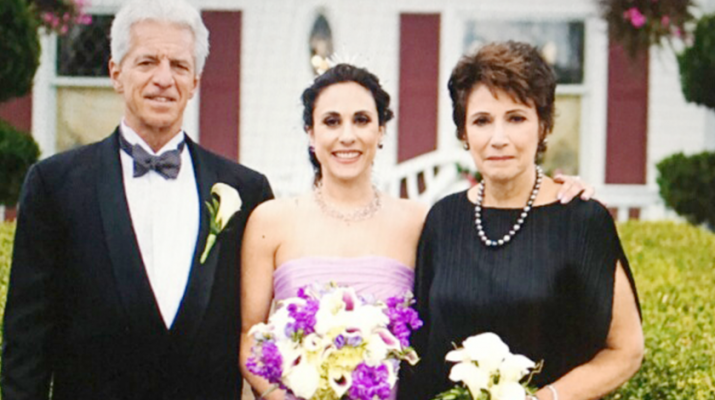 Being the victim of rape can cause severe emotional and physical trauma. Survivors often spend years, if not lifetimes, doing their best to recover.

The fallout that often goes overlooked, however, is the financial strain that can come with taking an attacker to trial.

That is the premise on which the organization It Happened to Alexa was founded.

Alexa Branchini was raped at knifepoint by a man who sneaked into her dorm just 10 after she had arrived at her college campus in Boston.

She immediately called authorities and the man was apprehended before he could leave campus.

The ensuing trial took place in Boston, several states away from Alexa’s hometown of Lewiston, Maine.

It was two years from the time of the incident until the conviction, and Alexa as well as her parents spent 27 days in Boston in order to testify.

“Her being there is undoubtedly what helped with the conviction,” said Kate Fowler, executive director of the organization. In 2001, Alexa’s assailant was sentenced to 40 to 44 years without parole.

While her family was able to undertake the expense in order to support their daughter, they realized that not everyone was in the same position.

Fowler notes in addition to the upfront costs of travel, families looking to support their loved ones must also pay for items such as food, rental vehicles, hotels and care for other children. Often, families also face a loss of income for time spent away from work.

Victims may also have to pay for medication after the fact. They may also lose income due to time taken while dealing with trauma. For college students who do not return to school, their tuition lost is an additional expense.

“They founded this organization so that no survivor would have to make the decision whether they could testify based on their finances,” said Fowler.

While some states provide help with travel expenses for the victim to be at the trial, there is no instance in which a support person is provided. This can be critical for a person who has recently undergone trauma and is then asked to relive that experience by testifying in a courtroom setting.

“If they don’t testify, it increases the opportunity for dismissed cases or lower sentences,” said Fowler.

The conviction rate in cases in which the organization has provided help is 84 percent, compared to a national average of below 30 percent.

While It Happened to Alexa has come to the aid of more than 800 people in these situations, assisting with expenses is not the organization’s only mission and the organization recently teamed up with a local hospital to apply for additional funding.

A $15,000 grant recently awarded by the Garman Family Foundation administered by the Community Foundation for Greater Buffalo will help with the purchase of a colposcope to be used by the Erie County Medical Center Sexual Assault Nurse Examiner Response Team as well as other resources to help assault victims recover.

Following an assault, victims’ injuries must be photographed and this has typically necessitated a medical professional being in close proximity with the genital area. For a person who has just experienced sexual trauma, that can be nearly impossible to cope with. The colposcope is a camera that is able to document the injuries from a distance.

It Happened to Alexa is also endeavoring to bring a small bit of comfort to victims while they are in the hospital.

In April, the organization donated 175 comfort kits to the Erie County Medical Center.

“When an assault survivor goes to the hospital, their clothes are taken for evidence,” said Fowler. For victims without someone to call to bring them a change of clothes, that can mean being discharged in a hospital gown.

“In Alexa’s case, she was discharged in a hospital gown. We don’t want anybody to leave the hospital in a gown,” said Fowler.

Comfort kits include not only soft, clean clothing, but toiletries, as a rape kit can take as long as four to eight hours.

The simple measure of brushing one’s teeth or taking a shower can bring comfort after a traumatic experience.

The hope of repeating the project of donating the kits annually was one of the factors in applying for the recently received grant.

The funds will also help purchase books to be given to survivors in order to aid their recovery.

Unfortunately, there is great need for such kits and resources.

According to Fowler, 400 sexual assaults are reported between Erie and Niagara counties annually. If that is not alarming enough, it is estimated that half of all assaults go unreported.

“The statistics are that one in five women and one in six men have been or will be assaulted,” said Fowler. “Whenever I start a presentation, I tell people that whether you know it or not, you know someone who has been assaulted.”

To help move the mission forward, It Happened to Alexa will host the annual Raising the Stakes Gala at 7 pm. Sept. 29 at the Sheraton at the Falls.

For more information and to purchase tickets, visit www.ithappenedtoalexa.org/events/raising-stakes-gala.html.