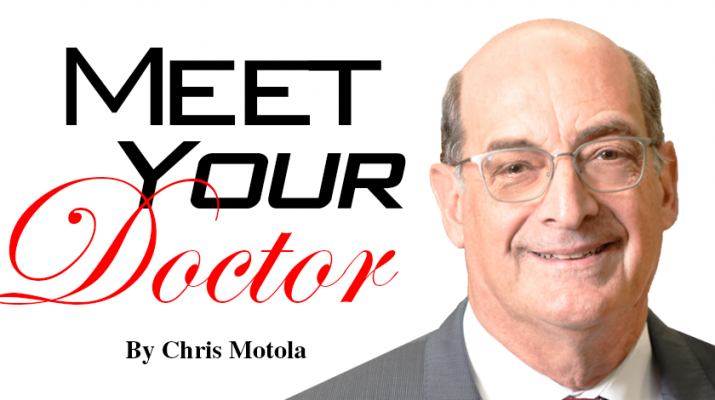 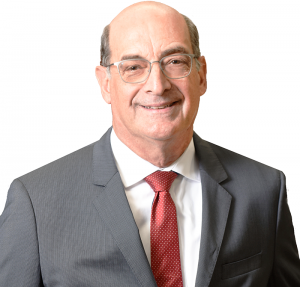 Physician started bariatrics program at ECMC nearly 20 years ago and has done more than 5,000 surgeries. He talks about how the surgery has evolved and says excessive sugar intake is one the culprits for obesity crisis

Q: Tell us about the bariatrics department you oversee at Erie County Medical Center.

A: We are three surgeons and three physician assistants, a clinical pharmacist, a behavior specialist and a dietitian. We’ve been working with ECMC since 2014 in a bariatric surgery practice. It’s a practice I started back in the 2000’s. Those folks came with me or joined later, but I’m the medical director of that group. We call ourselves Synergy Bariatrics at ECMC.

Q: At this point, bariatric surgery has been around for quite some time. How do patients look 10, 15, 20 years later. Does the weight stay off? Are they healthy?

A: When I got started back in 2000, we already had a pretty good track record of bariatric surgery in terms of safety and efficacy. We do make patients aware of the risks, and we don’t do it for cosmetic reasons, but over the years it’s been a pretty durable option. It’s done for health issues and co-morbid conditions like diabetes, high blood pressure and sleep apnea. So patients do well with weight loss and resolution of a lot of those issues, which is why the operation remains popular. They’ve gone through some evolution. The most common operation now is called the sleeve gastroectomy, in which a large portion of the stomach is actually removed. It sounds like what we’re doing is reducing the amount that people can physically eat, but we’ve found there are profound effects on people’s metabolism that favor resolution of obesity and diabetes.

Q: So it’s a physical alteration with hormonal and metabolic results? How does that work?

A: So the typical patient is actually someone who has, in the past, been able to successfully lose weight on one or more occasion. So they have willpower, but their body just fights them and the weight returns. There are hormones that we’ve been learning about that come from the stomach and small intestines that are the drivers for this. The surgery gets rid of some of the ones that are coming from the stomach. There’s one called ghrelin, which is suppressed after surgery. That’s a major driver that brings back calories that people are trying to restrict. But also, because food doesn’t hang out in the stomach as long, there are hormones in the small intestines that not only help satisfy cravings, but also burn calories. We’ve learned about the hormonal effects of surgery and why obesity occurs in the first place.

Q: And the hormones respond to the reduction of the stomach?

A: Exactly. The physical change causes those favorable hormonal changes.

Q: Can those hormones be affected less invasively?

A: I think ever since these hormones were identified, we’ve been looking for ways to reproduce or mimic them. There are some drugs that are similar that can help stimulate the pancreas and even help with weight loss, but those are only indicated with patients with diabetes. But you can imagine the market for a drug that mimics the surgery, and it may well happen, but we’re not there yet.

Q: Are these hormones a problem for everyone?

A: Like most things in your body, they serve a purpose, but in the case of obesity, they’ve gone awry. The purpose of ghrelin is to keep your blood sugar high enough to keep your brain operating. It’s released, you’ll feel hungry, and want to eat. What we see in someone who is obese — and it’s hard to know what started the obesity — those levels rise when the body senses calorie deprivation. We only do the surgery on people who are at least 100 pounds over ideal body weight and often have those co-morbidities.

Q: You touched on how the surgery has evolved over time. Nowadays, what are we looking at in terms of operation time, recovery times?

A: Probably the biggest change is the shift to doing the surgery laparoscopically, which means through several small incisions and using a camera and video equipment to see inside, rather than a large incision to allow the surgeon’s hand inside. The sleeve gastroectomy is done laparoscopically and usually takes under an hour. A gastric bypass, which is more involved and was, up until a few years ago, the gold standard, can take up to two hours. More extensive surgery will take longer. The sleeve gastroectomy is probably the best place to start in my opinion given its safety and simplicity.

Q: You mentioned that the preference is to operate on patients who have demonstrated a certain amount of ability to lose weight. What does that look like?

A: The National Institute of Health established guidelines for bariatric surgery around the time it began to be offered. The hallmarks are primarily that patients, in my mind, demonstrate an effort to lose the weight non-surgically. The surgery is not an easy way out. It’s more effective than diet or exercise for patients who need to lose 100 pounds, but it’s a tool to be implemented into a daily lifestyle. We make sure to educate them. We actually have a test before they even become a patient. Then we need to get approval from insurance providers. We try to get the best outcome for these folks that we can.

Q: Weight loss is a bit of a national obsession, with a new diet fad or exercise regime coming along every few months. What do you think we get wrong about the weight loss process?

A: One the one hand, there’s a huge societal push against obesity, but at the same time there are institutional factors promoting it. I don’t want to say “fast foods,” because you can get healthy fast foods. The biggest culprit in my mind is added sugar that is in almost everything that is processed. It’s addictive. You end up craving it. When you limit sugar long enough, which we try to do with our patients, and then you offer them a sugary donut, they’ll actually find it sickeningly sweet. I think people who are obese build up a tolerance to these foods. We’re not going to be able to operate on everyone who could benefit from the surgery, so it’s a question of whether we have the will to address these issues. I’m not sure that we do.