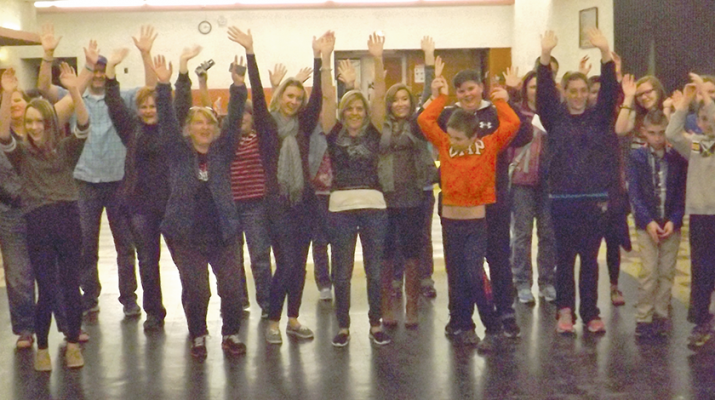 Making friends isn’t easy for everybody, but for those with an autism spectrum disorder, developing friendships often runs from difficult to practically impossible. But one area woman is trying to change that.

Debbie Cordone, a Cheektowaga woman who has a son with severe autism, started Fantastic Friends of Western New York earlier this year to give young people with autism an opportunity to socialize, have fun and, ideally, develop meaningful bonds with others their own age.

The nonprofit organization holds fun outings every month and pairs each special needs child with a volunteer of the same age who does not have a disability.

So far, Fantastic Friends has held four events and reached dozens of local children with autism.

“It’s a different kind of program because the kids in it are partnered with a friend,” Cordone said.

The organization was founded in 2011 in southern New Jersey by Marissa Hacker, a 20-year-old, upon noticing that her twin brother, Matthew — who has autism — was not developing friendships in school as she was.

“She got into her teen years and started making friends, but her brother Matt didn’t,” Cordone said.

Hacker and Cordone began corresponding through Facebook earlier this year in the hopes of making Fantastic Friends a national organization. They crossed paths because Cordone had created a network called WNY P.A.D.D. (People for Autism and Developmental Disabilities), where parents of special needs children could share tips and information. Within about a year, WNY P.A.D.D. attracted more than 100 area parents and caught Hacker’s attention.

With Hacker’s help, Cordone founded Fantastic Friends of Western New York — the organization’s first chapter — in May, and put on the first event three weeks later.

In the time since, Fantastic Friends has grown both locally and nationally. The local chapter has attracted dozens of volunteers and families; meanwhile, new chapters have sprouted up in Los Angeles, Oregon and Delaware.

Cordone hopes that as the organization grows, they will be able to expand the programs to include people with autism of all ages.

Fantastic Friends of WNY currently accepts those between 10 and 20, while the New Jersey chapter accepts everyone below age 21. Cordone would like to create an early childhood program for those aged 4 to 9, and then an adult program for 21 and up.

“We’d be the first to change the ages and try and cover everyone,” Cordone said.

And while the goal of Fantastic Friends is to improve the social lives of young people with autism, it has also proven helpful for parents. Rather than drop their children off at the program, many parents stay and bond with the other parents.

“Parents don’t need to stay but they do,” Cordone said. “The kids are well supervised and they hang out together and have some adult time. It’s a double benefit.”

For the children with high-functioning autism, the benefits of Fantastic Friends could be improved social lives and better communication skills.

But many children, including Cordone’s 10-year-old adopted son, James, have much more severe autism and will only gain so much from the program. Cordone says James is non-verbal and suffers from debilitating behavioral issues, including self-harm and aggressive outbursts.

“It’s very difficult to take him anywhere and have this happen,” she said. “It’s difficult to be in that situation and be judged if a manic episode occurs.”

She feels that while there has been a surge in awareness of autism spectrum disorders, the focus is primarily on those with high-functioning autism.

“My son is one of the kids you don’t regularly see when people talk about autism,” she said.

Cordone added that James will never become independent or develop a lifelong friendship, but that these opportunities to socialize still mean a lot to him.

“He does socialize and that’s huge for these kids,” she said. “And he’s happy when he goes.”

Fantastic Friends of Western New York programs are free or at minimal possible cost to the families. The organization is fundraising to allow events to be free for volunteers and free or low cost to families.

For more information on Fantastic Friends of Western New York, visit www.fantasticfriendsofwesternnewyork.org or search for the group on Facebook.