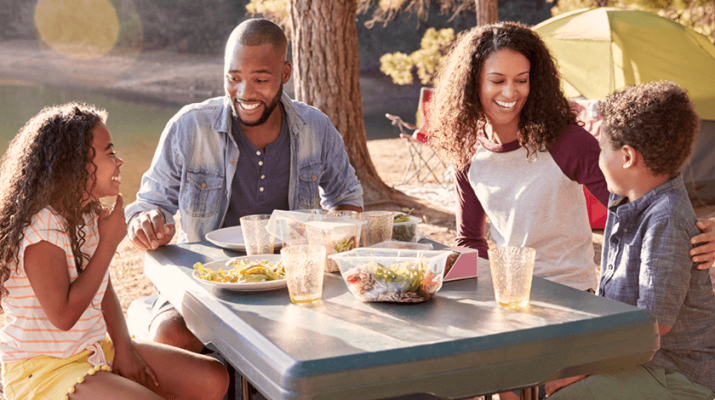 Now that it’s picnic season, why not brush up on food handling tips to ensure your food is safe?

Picnics and cookouts raise the risk of issues such as cross-contamination and food-borne pathogens because we’re cooking and handling food outside the routine environment of the kitchen.

“Defrost them a few days before in the fridge, never on the counter,” she said.

Grilling safely means using a meat thermometer to ensure the meat reaches the proper temperature. Cook beef, pork, veal, fish, shellfish and lamb to 145 degrees F, ground meats to 160 degrees, and all types of poultry to 165. Always insert the thermometer in the thickest portion, away from the bone.

“If it’s on a buffet, make sure it’s back in a fridge or cooler where it will stay below 40 degrees within two hours,” Hays said. “If it’s above 70 or 80 degrees outside, get the food in the cooler even sooner.”

Physician Gale Burstein, commissioner of health with Erie County Department of Health, said that the “danger zone” of perishable foods is between 40 and 140 degrees. That’s when bacteria rapidly multiply.

She also said that picnickers should use separate utensils while grilling. For example, if you place cooked meat on the same platter that held it before it was cooked, the prepared food can become contaminated with bacteria. Or if you moved raw meat with the same set of tongs that you use for serving it. Or if you marinade raw meat and later use the marinade to baste the meat as it cooks, you spread bacteria all over it.

Foods that can cause cross contamination include raw steak, chicken, ground meat and seafood.

Never use a cutting board for raw meat followed by food that’s not cooked, like fresh fruits and vegetables.

By preparing as much as you can at home, you can help prevent many cross-contamination issues. Begin with cold foods that are already cold. Don’t try to rely on the cooler to chill foods.

How you serve cold items can affect their temperature as well. For instance, keeping all the drinks with the cold salads in one cooler isn’t a great idea, since constantly opening the cooler to retrieve drinks reduces the temperature inside.

Burstein recommends packing a cooler with a layer of ice at the bottom, followed by raw or marinating meat in sealed containers, followed by other foods on top, which can prevent any meat drippings from leaking into ready-to-eat foods.

It can also help to fill coolers up to the brim. Use up any empty space with things like napkins and plates or snacks that don’t need refrigeration.

While it’s healthful to fill up your plate at least half full with colorful fruits and vegetables, Sally Gower, registered dietitian with Eat Well Buffalo, said that produce should always be washed before it’s eaten. If you’re bringing along a melon to slice, don’t forget to wash it first; otherwise, every cut of the knife draws bacteria inside, to the flesh. Cut it on a clean surface.

“Toss those items that have been out in the sun for too long, and refrigerate or freeze those with minimal exposure,” she said.