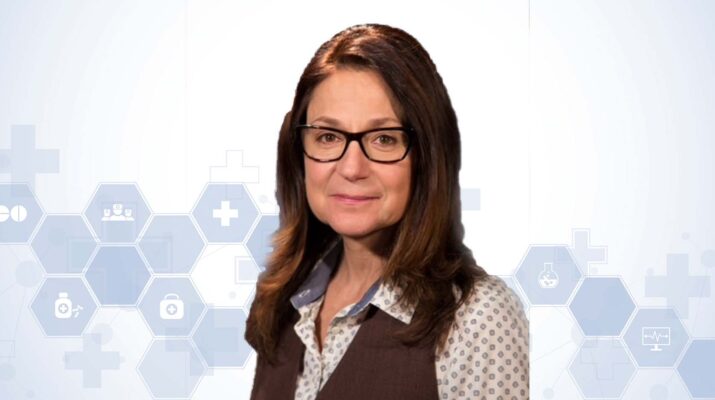 She was a member of the team that established the Quitline in Western New York 22 years ago. As we celebrate World No Tobacco Day on May 30, she discusses what her group is doing to help people quit smoking

Ever hear the adage “If at first you don’t succeed, try, try, and try again”?
That timeless phrase could be the motto for people who want to quit smoking and who have failed to kick this extremely addicting habit.

Every year, on May 31, the World Health Organization and global partners celebrate World No Tobacco Day. The campaign is an opportunity to raise awareness on the harmful and deadly effects of tobacco use and second-hand smoke exposure, and to discourage the use of tobacco in any form.

In Good Health recently spoke to Paula Celestino, client relations and outreach director for Roswell Park Cessation Services’ New York State Smokers’ Quitline. The Buffalo resident, who holds a master’s degree in public health from UB, was a member of the team that established the Quitline some 22 years ago.

Q: You said that tobacco control work has been a journey. With all of the health warnings, no smoking areas, and the expense of tobacco products, is smoking among adults in New York state still prevalent?
A: Currently, about 12.84 % of New York state adults are smokers. But for specific populations — persons with disabilities, veterans, and individuals with mental health challenges — the rate is above the 20% range. For those populations, it can be even harder to quit. The Quitline offers a variety of services to help people quit, like coaching and nicotine replacement therapy, with enhanced services for those who have a harder time quitting.

Q: Do you consider tobacco usage a chronic condition?
A: Yes. Tobacco usage is a physical and psychological addiction; it is a condition. I can safely say that the majority of smokers make multiple attempts before quitting the habit. The addiction to nicotine has such a strong hold on people. The habit may have started when the smoker was a teenager and not making rational decisions. While it is an addiction, it can be reframed as a treatable condition. It’s important to recognize that if a tobacco user relapses, the best thing they can do is to not beat themselves up about it, but to dust themselves off and get right back on track. The name of the game is to try multiple times to quit, ultimately giving it up for good. The willpower to stop tobacco use comes from the decision to quit and then there are resources available, like the Quitline. I want to emphasize that although it is an addiction and hard to quit, it is possible and many, many people do.

Q: What are some common triggers?
A: Nicotine dependence is associated with many triggers and is frequently connected to emotions. Perhaps an individual reaches for a cigarette when faced with a stressful situation. Other common triggers include having an alcoholic drink or being around other smokers. There is a need to identify those barriers and plan for them. In the end, the smoker wants to see him or herself as a nonsmoker, focusing on the benefits of being smoke-free and not on the losses. Our Quitline coaches can provide tools and advice to help avoid and prepare for those dangerous triggering situations.

Q: You’ve been with the Quitline since it launched, and served as the director for 17 years. What is the number and what happens when someone calls?
A: The Quitline is a confidential and free service that offers telephone coaching as well as a starter kit of nicotine replacement medications, along with “click to quit” that offers online smoking cessation services. Our funding comes from the New York State Department of Health, and allows us to have a wide variety of evidence-based programs that can help people. Our coaches are specially trained and our counseling programs are robust, quite sophisticated, and effective.

To access the NYS Quitline, call 1-866-NY-QUITS (1-866-697-8487) or visit online at www.NYSmokeFree.com. Help is on hand seven days a week, while digital and messaging services are available 24/7. After hours, messages can be left, which will prompt our coaches to phone the client the following day.

Q: Technology has changed considerably in the last several years. How has your agency adapted?
A: We’re at a crossroads now because talking on the telephone is not as popular as it once was. We’ve developed other modes of communication to help people, offering better instructions through text and chat messaging, and the ability to access extensive information and tools online. In addition, we recently launched “Learn2QuitNY”, a step-by-step text message smoking cessation program.

Q: How has the emergence of vaping, or what you refer to as electronic nicotine devices, impacted your work?
A: Electronic nicotine devices have been a game changer, but there is much more to learn about them. New York state has added to the Quitline services, “This is Quitting,” a text program for teens and young adults. Those interested can text “Drop the Vape” to 88709. More information to help parents talk to their kids about vaping can be found on the Quitline’s website.