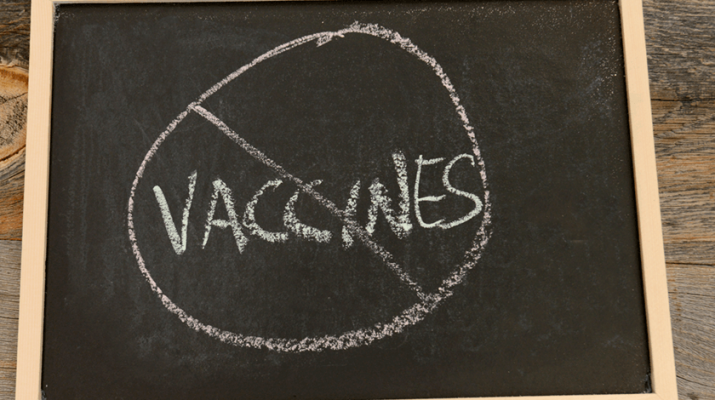 Kayla Smith of Buffalo has a son who is just older than a year and a half and she is part of a growingly vocal number of parents who are electing not to vaccinate their children.

Smith, who asked this writer not to use her real name, said that among the key factors leading her to the decision not to vaccinate were pieces of information she read in vaccine package inserts and stories of parents who say their children suffered injury or harm as a result of receiving a vaccine.

“I factored in the benefits and risks of getting vaccines and the risks were too high for me, so I decided against them all together,” she said.

Within circles of individuals who have chosen not to vaccinate their children, vaccine inserts are often pointed to as a part of the reasoning behind the choice. The inserts are printed by the producer of the vaccine and are equivalent to the tightly-folded pieces of paper found in prescription bags and over-the-counter medication boxes.

Package inserts for vaccines can be found on the Food and Drug Administration’s website, as the documents are regulated and reviewed by that organization.  They are typically lengthy documents including information ranging from the recommended vaccination schedule, contraindications (scenarios in which a vaccine might not be safe for a particular individual), warnings, potential adverse reactions, and proper dosing and administration.

Smith worries about the potential side effects, some of which can be found listed in these inserts.

“There aren’t specific families that made me choose not to vaccinate, it was just all of the injuries as a whole,” said Smith. “The injuries some kids have suffered are horrible, the lucky ones survive but so many children died from reactions to the vaccines.”

While stories circulate about these events, particularly on social media sites, the World Health Organization disagrees with that assertion.

“Most vaccine adverse events are minor and temporary, such as a sore arm or fever,” reads an article titled “Six common misconceptions about immunization” posted to the WHO’s website which was edited from information given by the CDC of Atlanta. “More serious adverse events occur rarely (on the order of one per thousands to one per millions of doses), and some are so rare that the risk cannot be accurately assessed. As for vaccines causing death, again, so few deaths can plausibly be attributed to vaccines that it is hard to assess the risk statistically.”

For the large percentage of the population of parents who does vaccinate their children, it can be difficult to understand why a parent would put their child at an increased risk of contracting something like polio or measles.

For Smith, she says she does worry about her child contracting something harmful, but on the balance, she doesn’t feel vaccines are worth it.

“Of course it worries me that there are diseases out there that could potentially hurt or kill my child,” she said. “There is mass hysteria in the media right now recommending people go for their MMR [measles, mumps, rubella] shot but the media fails to release the statistics on mortality rates. People die of measles when they are vitamin A deficient or if they catch pneumonia as well, not from the disease itself.”

She also went on to say, “You will never reach 100 percent immunity…I would not risk a vaccine injury when there is a possibility my child could contract the disease anyway. I am however more afraid of things we don’t have vaccines for, like leprosy, AIDS, etc.”

According to the World Health Organization, most measles-related deaths are, in fact, caused by complications such as encephalitis, an infection which causes brain swelling, however, victims are exposed to those complications because their systems have been weakened by measles in the first place.

Without having contracted measles, an individual would be less susceptible to such secondary infections and infections such as pneumonia would also pose a lesser health risk to an otherwise healthy person.

While parents like Smith fear the ramifications of vaccines more than the diseases they are clinically shown to protect against, the CDC is warning that not vaccinating children is having very serious national health implications.

According to a recently-posted article on the CDC’s website, there were 555 individual cases of measles confirmed in 20 states between Jan. 1 and April 11. That is the second greatest number of cases reported in the U.S. since measles was eliminated in 2000. Notably, in six of the nine years between 2010 and 2018, that number was less than 200 cases by this date.

According to physician Gale R. Burstein, commissioner of health for Erie County, those choosing not to vaccinate are putting other groups at risk, such as babies who are too young for vaccinations, pregnant women who cannot receive particular vaccinations and those who are immune-compromised, such as people receiving chemotherapy.

While Smith is part of a seemingly growing movement, Erie County overall does not seem to be following that trend. According to Burstein, there have been no reported measles cases in the county since Jan. 1, and every school district within the county reports that 95 percent or greater of the student body has received their immunizations.

For Smith, however, she feels her child is safer being part of the other 5 percent.