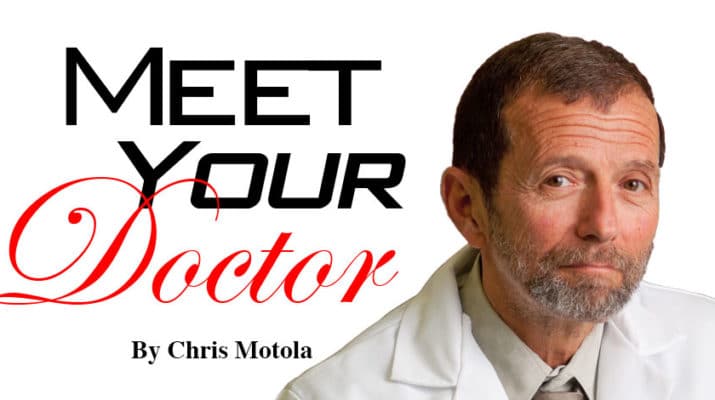 Features Meet Your Doctor Top Features
May 4, 2020
Posted By: admin

Q: What kind of an impact is COVID-19 having on psychiatric departments?

Q: And the ones who are having psychiatric emergencies?

A: The number of acutely ill psychiatric patients coming into the hospital has been about the same. The content of those acute illnesses, a lot of it is a lot more focused on things related to the COVID virus. They’re afraid of it. But the illness itself hasn’t really changed things much. For outpatients, it depends. By and large people are doing pretty well, but there’s a group of people with chronic illnesses who rely heavily on what we call “the clubhouse” for social interaction. These are places people go for group activities, have lunch with people in similar circumstances, take classes. For a large group of chronically ill people, it’s the only social interaction they have. They can’t get to many places because they lack transportation. So with those places closing because we don’t want people congregating in one area, a lot of those individuals are becoming increasingly isolated.

Q: What can be done about that?

A: What we do for them is try to provide more availability. To a certain extent you can do it by video conferencing, but some of them don’t have a smart phone, they don’t have a computer, they don’t have internet. For those people you can stay in touch by phone. In my own practice, I’ve had to increase the number of contacts I make by phone just because there’s no other social contact they have.

Q: How do psychiatric patients seem to be handling the pandemic broadly speaking?

A: There are a variety of responses, some of which are excessive. People are extremely anxious, fearful and isolated. They don’t have as much of a chance to do reality testing, so they may feel more catastrophic about things. The only information you’re getting is from the news media, which is telling you this is the worst thing that’s ever happened, everyone’s going to die. You have the governor of New York saying 80% of people are going to get this virus, there aren’t enough ventilators, there aren’t enough beds, there’s not enough this, there’s not enough that, with very little opportunity to really look at the data. You have people making statements in the media with no data, and if they say they don’t know, they get yelled at. You see very little about how the majority of people who get the virus recover from it. The actual mortality rate is actually quite low. On the one hand, you see a story about a 100-year-old war veteran recovering from it, and then you see one about a newborn dying from it. All of this is intensifying people’s fears. So you have a lot of anxious people looking for information and the information they do find is feeding their fears.

Q: How do you address that?

A: What we try to do is teach people how to relax, and behavioral approaches to reducing anxiety. We teach mental exercises to avoid catastrophic thinking and being able to tolerate uncertainty.

Q: What can the broader population do, if they’re struggling with isolation?

A: For people who have a social network, who have a family, you can stay in touch with things like FaceTime. It’s not the same, but it keeps you in touch. People who have an existing social network will probably be in much better shape, to the extent they stay in touch with each other. Whether or not you’re being mentally active is another factor. If you’re just sitting there taking in the news and not engaging in mental or physical activity, it’s going to be a lot harder. But for people who are mentally active and in touch with their social network, they’re doing pretty well. For people without a social network who depend on a therapeutic environment, may not be able to access them, it’s harder. It’s not even about having a therapist; we can give you that over the phone or through Zoom. A lot of patients even like that better. It saves time, money and effort. But it’s not the same as being in that environment, and that’s hard to replace in this kind of situation. I haven’t seen them going virtual, and they may not be able to in many cases. The best you can do is try to make up for that by providing a therapist to talk to the patient briefly every few days to keep them feeling connected to something.

Q: What role is telehealth playing in your practice.

A: At least 90% of our regular outpatients are receiving care delivered through telemedicine. This has been greatly facilitated by the relaxation of HIPAA law. A lot of the platforms being used now like Zoom aren’t compliant with HIPAA law, but the federal government has waived enforcement during the pandemic. Many patients really like it. It’s much more convenient. We don’t have good data on outcomes on this versus in-person therapy, but everyone’s impression is that it works very well. Some patients even do better with it. For in-patients, obviously we’re not using telehealth, but with COVID-positive patients, we may use it in-facility to conserve protective equipment when we’re doing evaluations. This is only with clearly infectious patients, and even then in some cases we’re just not going to be able to do the diagnosis over the monitor. There’s no other way to provide that care.