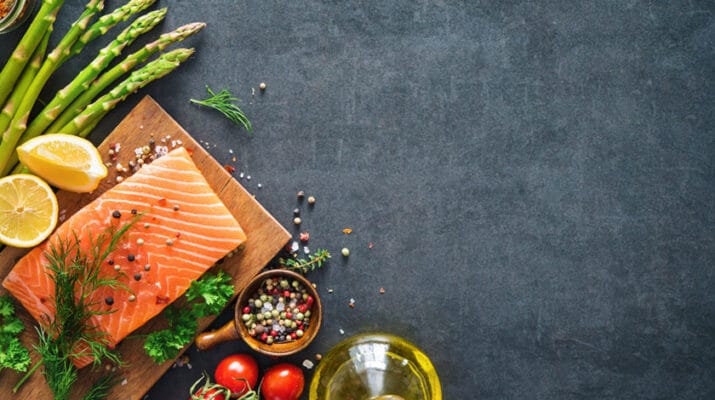 Feeling blue lately? A tad blah? You’re not alone. According to findings from government-funded COVID Response Tracking Study released in June, Americans are the unhappiest they’ve been in 50 years.

From health worries to economic woes, social isolation to pervasive fear, many of us are struggling to stay positive.

But here’s something to smile about: Growing research shows that simply making changes in what you eat can significantly boost mood and improve symptoms of anxiety and depression.

In a recent study of people all diagnosed with depression, those who consumed a healthy Mediterranean-style diet rich in fruits, vegetables, nuts, whole grains, lean protein and olive oil showed fewer symptoms of depression after three months than those who ate an unhealthy diet of sweets, processed deli meats and salty snacks. The study further revealed that more than a third of the healthy eaters no longer even met the criteria for being depressed.

As promising as this and other studies sound, however, the scientific community does acknowledge that there is still much to learn about how our diet influences moods. And while experts in the field recognize that there is no single food or nutrient that can prevent depression, they do have some strong clues about what’s good and what’s not.

Let’s take a look at six foods that have shown promise in helping to ease stress, relieve anxiety, improve mood and fight depression.

Ever since studies found that depression is less common in nations where people eat large amounts of fish, researchers have cast their investigative nets toward the omega-3 fatty acids found in fish, especially fatty fish. Many have speculated that omega-3 may have a positive impact on mental health because of two important factors: they lower brain inflammation and they alter brain chemicals associated with the uptake of dopamine and serotonin, the feel-good neurotransmitters that affect our moods. Examples of fatty fish that contain high levels of omega-3s include salmon, mackerel, tuna, herring, and sardines. 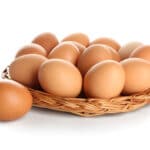 Some say an egg a day may keep bad moods at bay and here’s why: Eggs are uniquely rich in two mood-boosting nutrients that may ease depression — vitamin B12 and selenium. Since vitamin B12 helps synthesize both dopamine and serotonin, eating foods that are high in this essential nutrient may lift our spirits. Multiple studies, in fact, have found that people with lower levels of vitamin B12 were more likely to have depression or anxiety. Selenium, on the other hand, works its mood magic by helping to keep our metabolism running smoothly and by wielding its antioxidant wand to suppress inflammation and oxidative damage to the brain, both of which can contribute to the development of depression. If you’re not an egg fan, many boxed cereals come fortified with B12, selenium, and other important vitamins and nutrients that contribute to mental health. 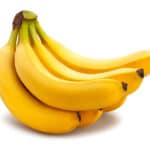 Good news, banana-lovers: Regularly eating America’s favorite fruit may turn a frown upside down, research shows. Experts point to a banana’s high concentration of vitamin B6, which helps make the “happy hormones” — dopamine and serotonin. This portable fruit also contains tyrosine, an amino acid that helps produce dopamine, too. Last but not least, one large banana delivers 16 grams of sugar and 3.5 grams of fiber, a beneficial pairing that allows the sugar to be released slowly into your bloodstream. Takeaway? Stable blood sugar levels often translate into better mood control and less irritability. 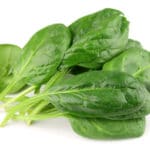 Spinach and other dark leafy greens consistently make mood-boosting lists because they teem with folate, another B vitamin that helps increase serotonin levels. Studies have found that those who suffer from depression tend to display lower blood levels of folate. Spinach is also loaded with antioxidants, which protect brain cells from inflammation and toxic free radicals. A recent study published in JAMA Psychiatry linked specific depressive disorders — feeling down, no motivation, trouble sleeping — with brain inflammation. Speaking of sleep, this healthy green boasts decent amounts of magnesium, an essential micronutrient valued for its role in supporting deep, restorative sleep. Moreover, research has found that magnesium may help reduce stress and anxiety. 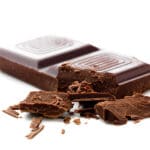 How wonderful that science backs what we have known all along: Chocolate really does make you happy! In a study conducted at the Nestle Research Center in Switzerland, researchers found that eating about 1.5 ounces of dark chocolate every day for two weeks reduced the stress hormone cortisol in people who were highly stressed. According to experts, chocolate boasts a cascade of mood-elevating compounds, from inflammation-busting antioxidants to serotonin-boosting tryptophan to anxiety-reducing magnesium. Just be sure to enjoy it in moderation, as the calories in that tasty chunk of dark chocolate could contribute to a whole new stress: weight gain. 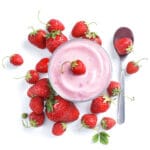 While many dairy products can be beneficial for depression because they are rich in nutrients that keep us satiated and promote relaxation, yogurt is especially beneficial because of its probiotics. Probiotics keep our gut healthy, and a healthy gut, according to research, may reduce levels of anxiety and depression. In a recent review published in Annals of General Psychiatry, researchers noted that the majority of studies found positive effects of probiotics on depression symptoms. Since it is estimated that 90% of your body’s serotonin is produced in the digestive tract, a healthy gut may be the ticket to better moods. Other fermented foods that are rich in probiotics that benefit gut health include kimchi, kefir, kombucha and sauerkraut.

More food for thought: When you’re feeling down, it can be tempting to turn to junk food to lift your spirits. There’s growing evidence, however, that this sort of unhealthy food can bring you even lower. So try adding some mood-boosting foods to your daily diet. The six listed here are but a few of the many nutritious foods that may brighten your outlook.