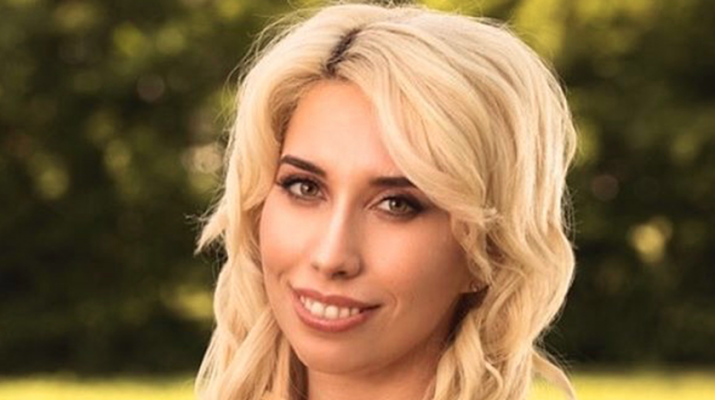 A cancer diagnosis brings with it a flood of emotions, but also, a slew of decisions to be made.

When Chrissy Adams, a Buffalo native and Hamburg resident, was diagnosed with triple negative invasive ductal carcinoma — an aggressive form of breast cancer which typically affects younger women — at the age of 26, her doctors initially suggested that she take a highly combative approach to beating the disease which would include a mastectomy, a hysterectomy, chemotherapy and radiation.

Adams, however, was uncomfortable with that course of action.

“Basically, it was fear and intimidation. They said, ‘If you don’t do this, you’ll die at 29,’” said Adams. “They told me I absolutely had to do it.”

Even before her diagnosis, she had always been conscientious of her own health and what she was putting in her body, choosing organic food options and exercising regularly. The chemotherapy and radiation coupled with two major surgeries were simply not choices that Adams felt comfortable with.

Instead, the young woman sought other professional medical opinions and opted instead to have a lumpectomy.

From that point until this summer, her scans were clear. A recurrence, however, drove Adams to seek the medical advice of experts at Stanford University, where she traveled in early November.

Research led her to learn of a poly ADP ribose polymerase or PARP nhibitor that was approved for use in two stages just this year. According to the National Cancer Institutes at the National Institutes of Health, a PARP inhibitor blocks particular enzymes in cells that repair DNA when it becomes damaged. When treating cancer, blocking these enzymes is thought to keep cancer cells from being able to repair their own DNA, resulting in the death of the cancer cell.

During the course of her fight with cancer, Adams was in search of various products that she could use to care for and generally promote the health of her breasts, but her search left her largely without options.

So where she saw a need, Adams created a company.

“I had always actually dreamed of having my own business,” she said.

Breast La Vie offers organic products for breast skincare for all women, whether or not they have breast cancer. She began simply by making a cream for herself, but wanted to share the product with other women.

The creams, oils, masks and other products are all-natural and feature ingredients such as avocado butter, pumpkin seed butter, Aloe vera, essential oils, B17 extract, and colloidal silver.

The line’s breast cream product has antioxidants to support breast health, vitamins to assist with cell regeneration and to promote circulation.

The bath soak oil also has ingredients that are antioxidants, antimicrobial and anti-inflammatory. On top of the more health-oriented properties, it is also simply relaxing and promotes beautiful skin. During the challenge of combating cancer, a little self-care can go a long way, according to Adams.

While she stands by her products, Adams notes they are not meant to be a treatment option when it comes to cancer, but simply a supplement to a larger plan.

She also believes strongly in coupling a treatment routine with a healthy lifestyle and diet, including plant-based foods that are rich in antioxidants, such as broccoli sauerkraut, cruciferous vegetables, green tea and garlic, to name a few. Supplements such as vitamin D, melatonin, turmeric and beta glucan are also part of Adams’ suggested regimen.

The entrepreneur said that includes women taking care of their breasts with products like hers before a diagnosis ever comes.

“I want women to start asking, ‘What can I do for my breast health’?” she said.

When it comes down to it, Adams feels that the most honest, but perhaps most difficult advice she might have for other women is that their health is their own responsibility.

In the event of a diagnosis, she encourages women to seek out the advice of several medical professionals, and not simply rely on one doctor’s input. She also says women must do research and educate themselves in order to be empowered to make the best decisions for them as individuals.

“But also,” she added, “Be forgiving and kind to yourself.”

Adams’ full line of products and more information can be found at BreastLaVie.com.