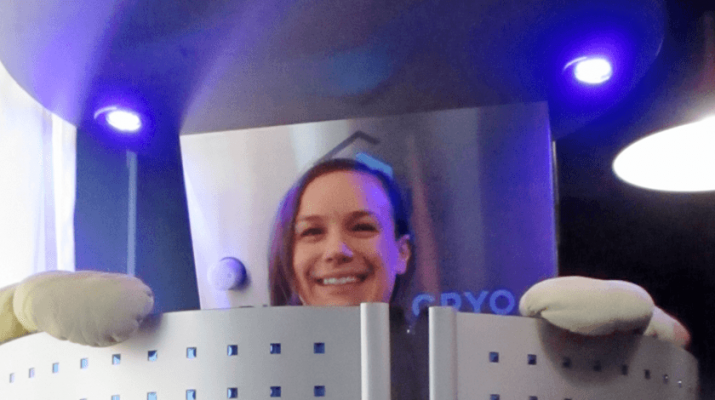 While the temperatures are heating up in Western New York, they are continuing to stay chilly at BuffaloCryo — Buffalo’s whole body cryo-therapy establishment.

If you haven’t heard of whole body cryo-therapy [WBC], you may not be alone.

Cryotherapy, or cold therapy, is the use of sub-zero degree liquid nitrogen gas to relieve muscular aches as well as ease chronic pain associated with diseases such as arthritis, fibromyalgia and multiple sclerosis, among other types of pain, according to BuffaloCryo.

Somewhat new to the area, the practice of cryotherapy has been used in Europe and Asia for more than 40 years, and is becoming widely recognized for its many benefits in the U.S., according to BuffaloCryo. Celebrities and sports players might have increased the popularity of the treatment, but it’s the everyday person who battles with the aches and pains of daily life who will truly appreciate the many benefits of cryotherapy.

The relief comes as you stand in a full body tubular chamber, cloaked in a robe, mittens and specialized socks, and the cold gas is released in the chamber around you as the attendant carefully watches your temperature and time from outside the chamber on the computerized monitor. And the temperature can get as low as 200 degrees below zero.

While the freezing gas encircles your body, it reduces the blood flow to the areas, significantly reduces inflammation and swelling, releases endorphins and temporarily reduces nerve activity, according to BuffaloCryo officials. This, they say, helps to alleviate pain and boosts the natural healing process of your body. After a short three-minute session, you are out of the chamber and peddling a stationary bike, moving the invigorated oxygen and blood flow back through the body.

“I have been coming to BuffaloCryo since they opened,” Karen Makar said after a recent session. Makar competes in weight lifting competitions and co-owns CrossFit Nickel City with her husband. She is no stranger to muscular pain, “I feel great after a session here. I tend to come twice a week for a few weeks before a competition and I definitely feel the difference. I sleep better and I perform better.”

Jacob Fay and Pat Connors, owners of BuffaloCryo, have been offering cryotherapy sessions in the Western New York area since 2015.

“We get people from all over,” said Connors, “Before we opened, we realized that the closest places that specialized in cryotherapy at the time were Toronto and New York City. Since we opened in 2015 we get people coming in from Rochester, Erie, and a two-hour radius into Canada.”

In the Buffalo region, BuffaloCryo has hundreds of clients, including players from the Buffalo Bills, Sabres and Bandits teams.

BuffaloCryo caters to young active adults that are proactively treating muscles before a long run, snowboarding, skiing or heading to the gym. It gets middle-agers who are dealing with low back pain, aching knees and the beginning signs of arthritis. Clients include people with fibromyalgia and Crohn’s disease dealing with chronic pain.

Anything from the ankle joints and up can be also treated with the localized treatment machine that will aim the cryotherapy to just the area you need to target. The benefit is that you can withstand a longer session, as the cold gas is not effecting your core temperature at the same rate, and you can focus on that aching knee, sore hip or low back area to get the specialized relief you are looking for. If you are a migraine sufferer you may want to consider a cryo-facial. The added benefit — it’s also great for your skin and the face, neck and jaw area will look revitalized.

Is there anyone that should steer clear of this cold therapy? “It’s not for everyone,” said Connors. “If you have had a heart attack in the last six months or uncontrolled high blood pressure, cryotherapy is not for you. Also, if you have a pace maker, you will not be able to enter our chambers.”

If you are unsure if cryotherapy is safe for you, speak with your doctor prior to visiting them.  When you do go, remember your health insurance will not cover the treatment, but they do accept most flex-spending cards and HSA Cards.

BuffaloCryo appointments are short and you will normally be in and out of the office within 20 minutes.  You’ll feel great as you leave and even better a few hours later. The business is located at 199 Scott St, minutes from Canalside.